GOOD Morning Britain's Ranvir Singh was left red-faced after FORGETTING about a guest on video call in an awkward blunder.

The 43-year-old star co-hosted the breakfast show with Sean Fletcher today, but the pair appeared to get carried away. 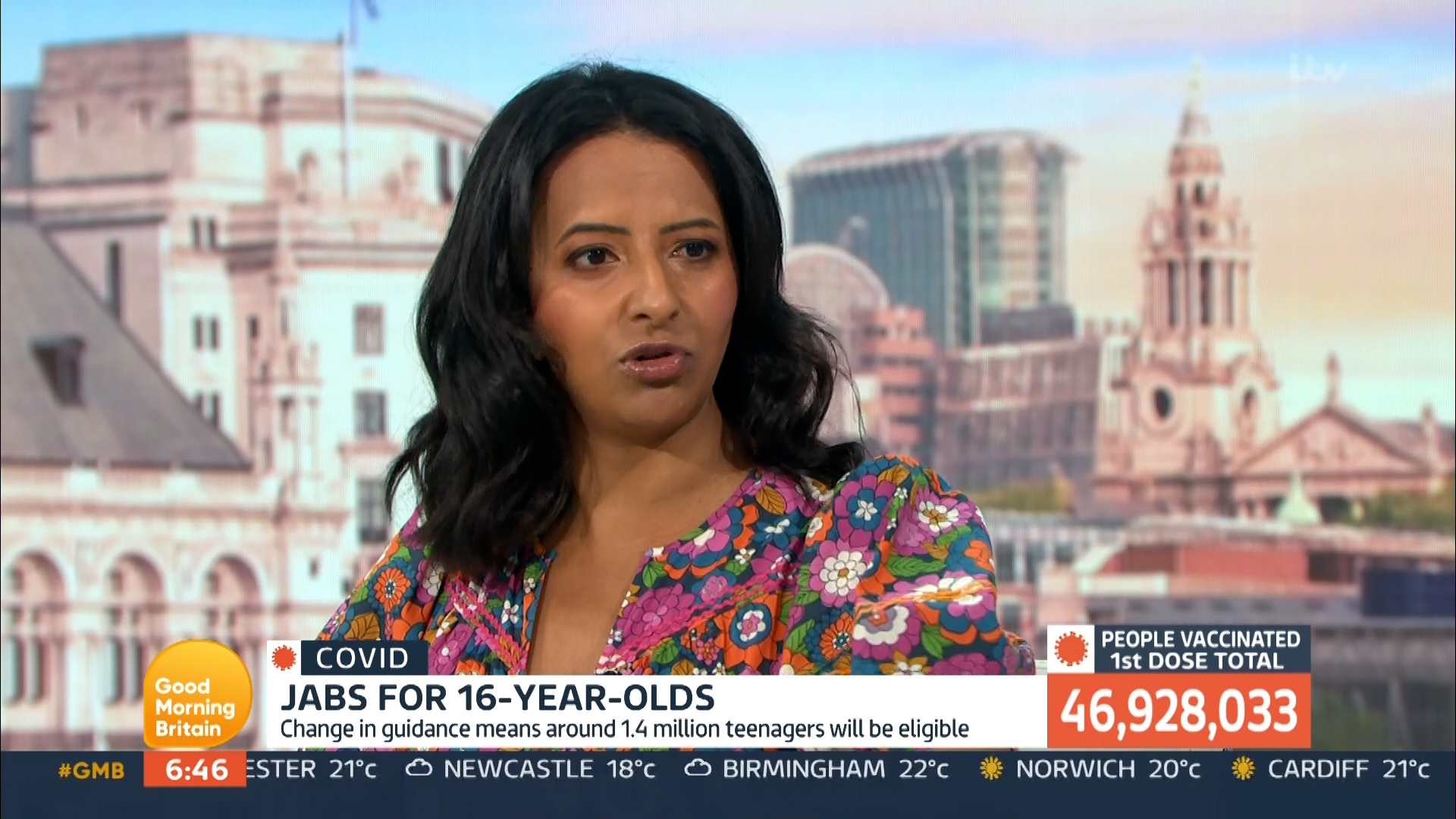 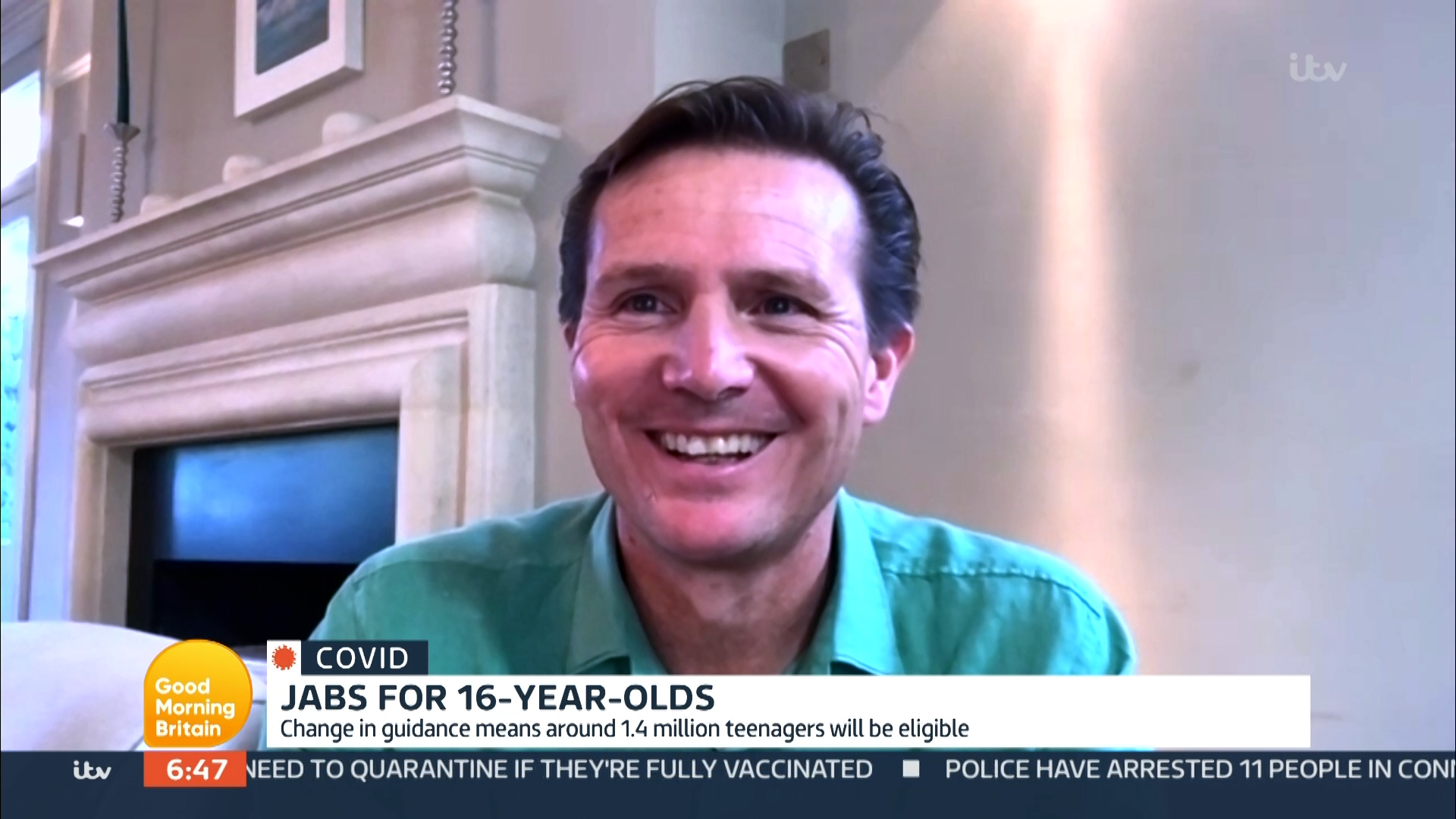 The duo had Dr Amir Khan, Lord Jeffrey Archer, and Miatta Fahnbulleh in the studio with them today, with Olympic silver medallist Roger Black dialling in from home via video.

While Roger was heavily involved in the first Good Morning Britain discussion about the Tokyo games, he remained off-screen and silent while the rest of the panel debated everything from travel restrictions, to Covid jabs for 16 year olds.

After 10 minutes, Ranvir exclaimed: "Let's bring Roger Black in as well… The problem, Roger Black, with not being in the studio is that we don't see your lovely face the entire time.

"And then somebody in our ear goes: 'Roger is still here', so I'm terribly sorry if you put your hand up at any point during that – we couldn't see you!"

Thankfully Roger saw the funny side, and laughed off the gaffe as he re-joined the rest of the conversation.

Somebody in our ear is going: 'Roger's still here!'"

Ranvir's GMB co-star Kate suffered a blunder of her own in yesterday's show, which saw her get wiped off-screen and rudely played off.

The 54-year-old star was mid-sentence when the breakfast show's famous jingle played ahead of a weather report.

She had been introducing ITV's weather host Des Coleman when she was interrupted – but expertly picked up where she left off once she was back.

Kate told viewers at home: "Des Coleman is always a gold winner for us, and he's in a skate park in Hemel Hempstead now.

"He didn't get on brilliantly with horses at…"

But the music played and an ad from Good Morning Britain's weather sponsor wiped Kate off air.

She and Ben returned to our screens alongside Des in the skate park – and there were further technical issues as he appeared to speak but no sound was heard.

Ever the professional, Kate was quick to end the sentence she'd began, asking the weather presenter: "You didn't get on fabulously with horses earlier this week, and we're wondering if skateboarding is your sport?

"Are we going to see you on the half pipe? Or whatever it is the kids say."