The Good Girls actress, 45, shared a glimpse into her house while playing "dress up" in Dolce and Gabbana. 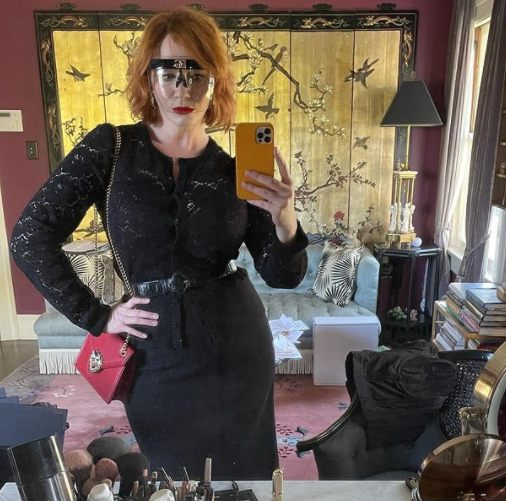 Christina posed in a black lace cardigan over a pencil skirt, cinched in at the waist with a slim belt.

The Mad Men star finished off her retro outfit with a D&G face shield as she posed in her incredible dressing room.

Behind her, fans spotted an ornate gold flower print wall decoration as well as an Art Deco style lamp and a suede tasseled couch. 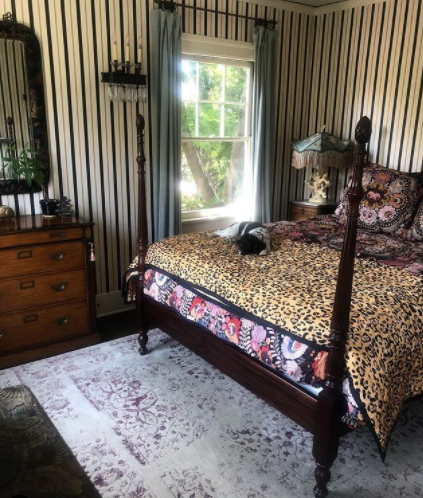 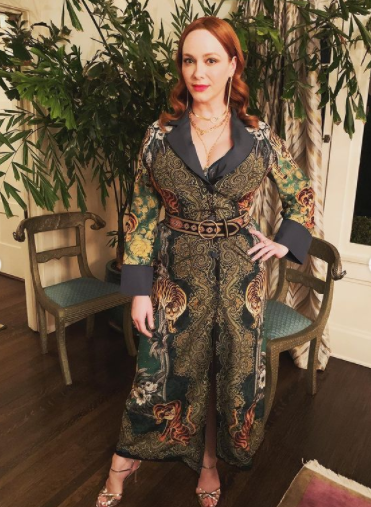 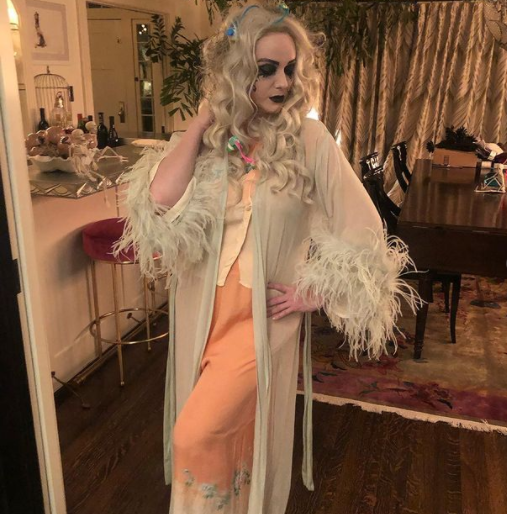 Christina – who shot to fame playing Joan Holloway on Mad Men – revealed she bought a new home at the start of January and shared snaps of the dusty interior ahead of its renovation.

"I’m scared, I cannot lie but so excited to design every little inch."

In mid-January, she revealed she was undertaking the mammoth task of redoing her bathroom and shared photos of the broken tub and toilet. 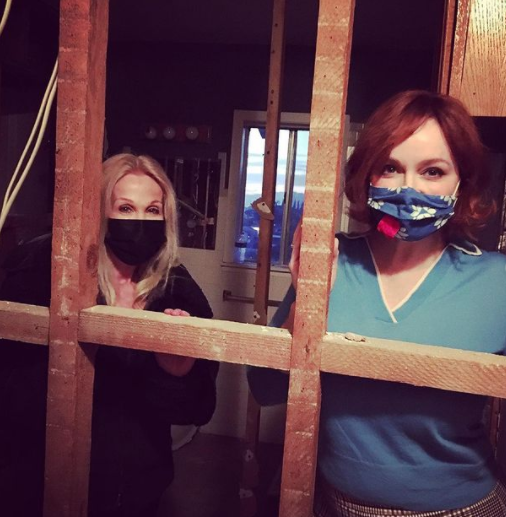 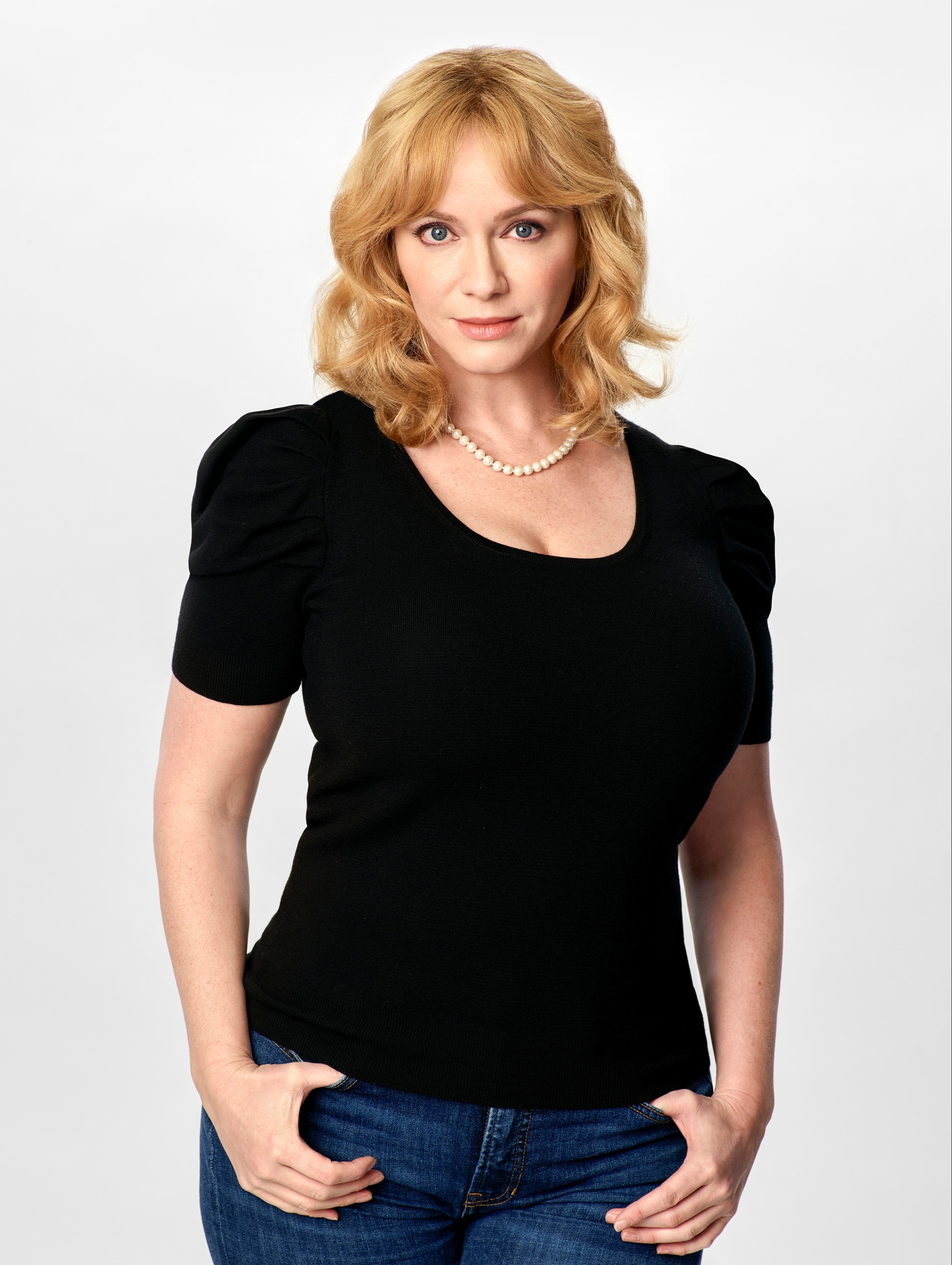 The actress returned to our screens on Sunday night with season four of the NBC drama comedy, Good Girls. 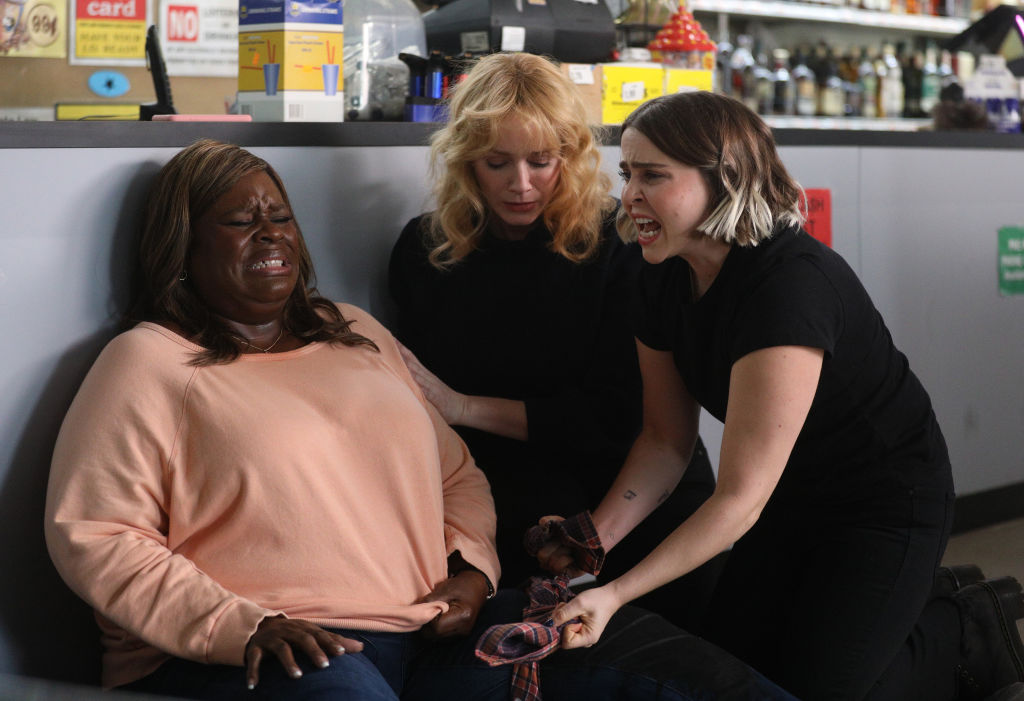 Christina stars opposite Mae Whitman and Retta as a trio of housewives turned criminals.

The women try to carve out their own path of crime away from gang leader Rio (Manny Montana) in the new season, which premiered on NBC on Sunday.

Season one saw our leading ladies – Beth, Annie and Ruby – rob a grocery store and things spiraled from there.

Over the course of three series' we have seen kidnap, murder, drugs and more robberies.