While a segment on ITV’s Good Morning Britain paid tribute to the late Prince Philip following his death last week, with royal editor Chris Ship explaining the upcoming funeral details, a man appeared in the background to advertise a disco site. Fans of the show were stunned by the “gatecrashing” of the royal tribute and were quick to demonstrate their fury on social media.

As Chris spoke to hosts Charlotte Hawkins and Ben Shephard, a man could be seen appearing behind him holding, dressed colourfully and holding a banner to advertise his business.

He was clearly trying to keep in the shot, moving round to stay in view of the camera as Chris spoke to the studio.

Chris seemed to be unaware of the background distraction, but viewers were left angry. 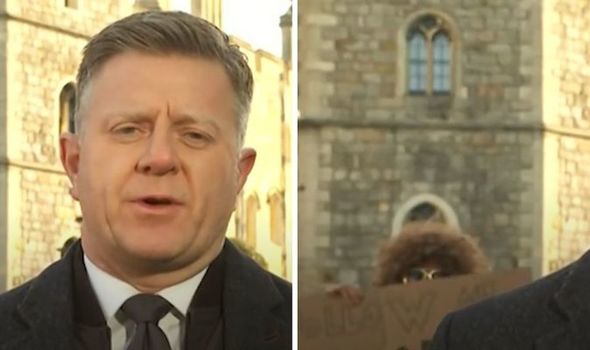 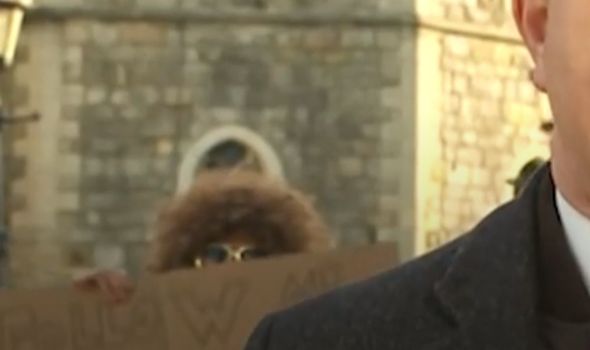 One viewer posted on Twitter: “Who’s this k***er in the background at Windsor Castle #GMB.”

Another wrote: “Who’s the disrespectful wig wearing prat advertising his disco thing behind the reporter on @GMB whilst they discuss #HRHPrincePhilip funeral plans and his life .. #ShameOnYou.”

A third asked: “Was that disco Stu in Windsor? #GMB.”

Chris had been talking viewers through what could be expected ahead of the Duke’s funeral, which is due to take place on Saturday. 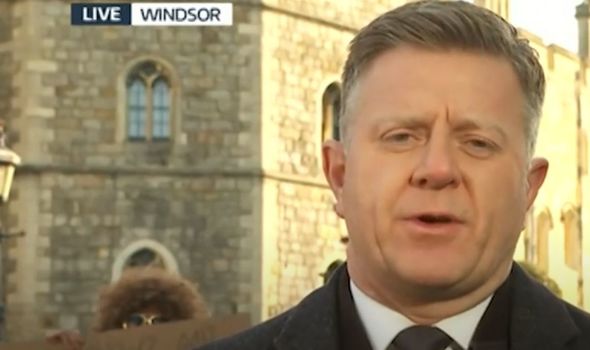 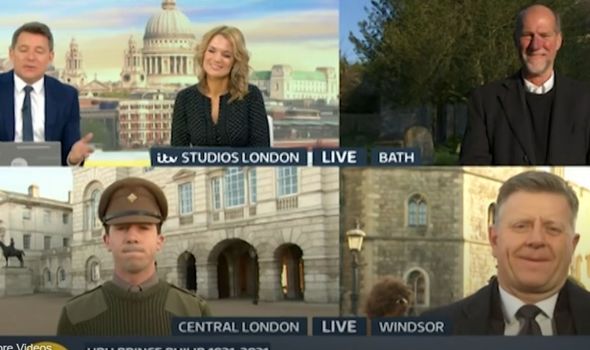 The funeral proceedings will be broadcast from 3pm at St. George’s chapel, Windsor.

Due to Covid restrictions, the Duke of Edinburgh’s funeral will be different to what has always been expected, in order to accommodate social distancing measures.

Only 30 people will be allowed to attend – a stark difference to the hundreds of guests who would arrive under normal circumstances.

Speaking to presenters Ben and Charlotte, he said: “At the very heart of it we remember it is a private family funeral for a much-loved member of the family.

“For us involved it is very much a source of great pride and honour to be part of a tribute to a man who extolled the virtues that we in the armed forces hold so dear.

“You already mentioned it but a life of duty and unwavering service to the Queen and country.”

The Irish Guards will be part of the ceremonial procession on the weekend.

Tom added that “a great deal of planning” has gone into the funeral.

“The household division headquarters, behind me at Horseguards, in conjunction with the Lord Chamberlain’s office, have had plans drawn up and have had to adapt those with Covid restrictions in place,” he said.

He explained that viewers will see a bespoke parade trying to keep to restrictions.

A modified Land Rover which was designed by Prince Philip himself will carry his coffin to the chapel on Saturday.