Gemma Collins has posed with a SKINNED fox in a shocking new image for PETA campaign to ban fur trade in the UK.

The 40-year-old star is calling for a "fur free Britain" and has urged the government to end this "barbaric" practice. 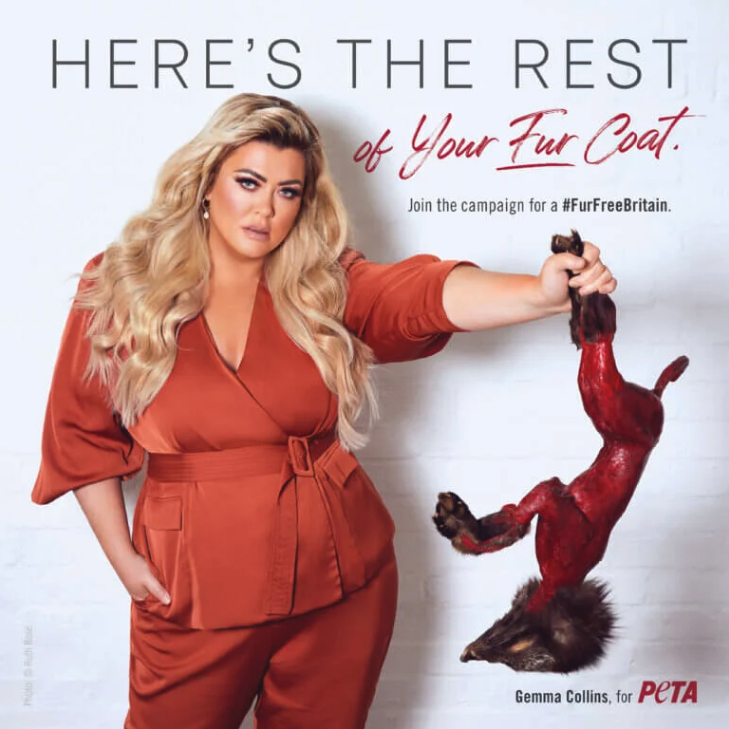 In the striking image, Gemma is seen holding the fox carcass with the tagline "here's the rest of your fur coat".

The reality star posted the campaign clip on her social media, she said: “Animals in the fur industry are kept in cramped cages before they’re killed in the most horrific ways, all for a coat or some trim on a jacket.

“I am so passionate about ending the fur trade because I think it’s absolutely horrific the way that animals are so barbarically treated.

"Because of PETA and other animal advocates, fur is now dead, as most high street shops and top designers refuse to use it. But there's still more work to be done. 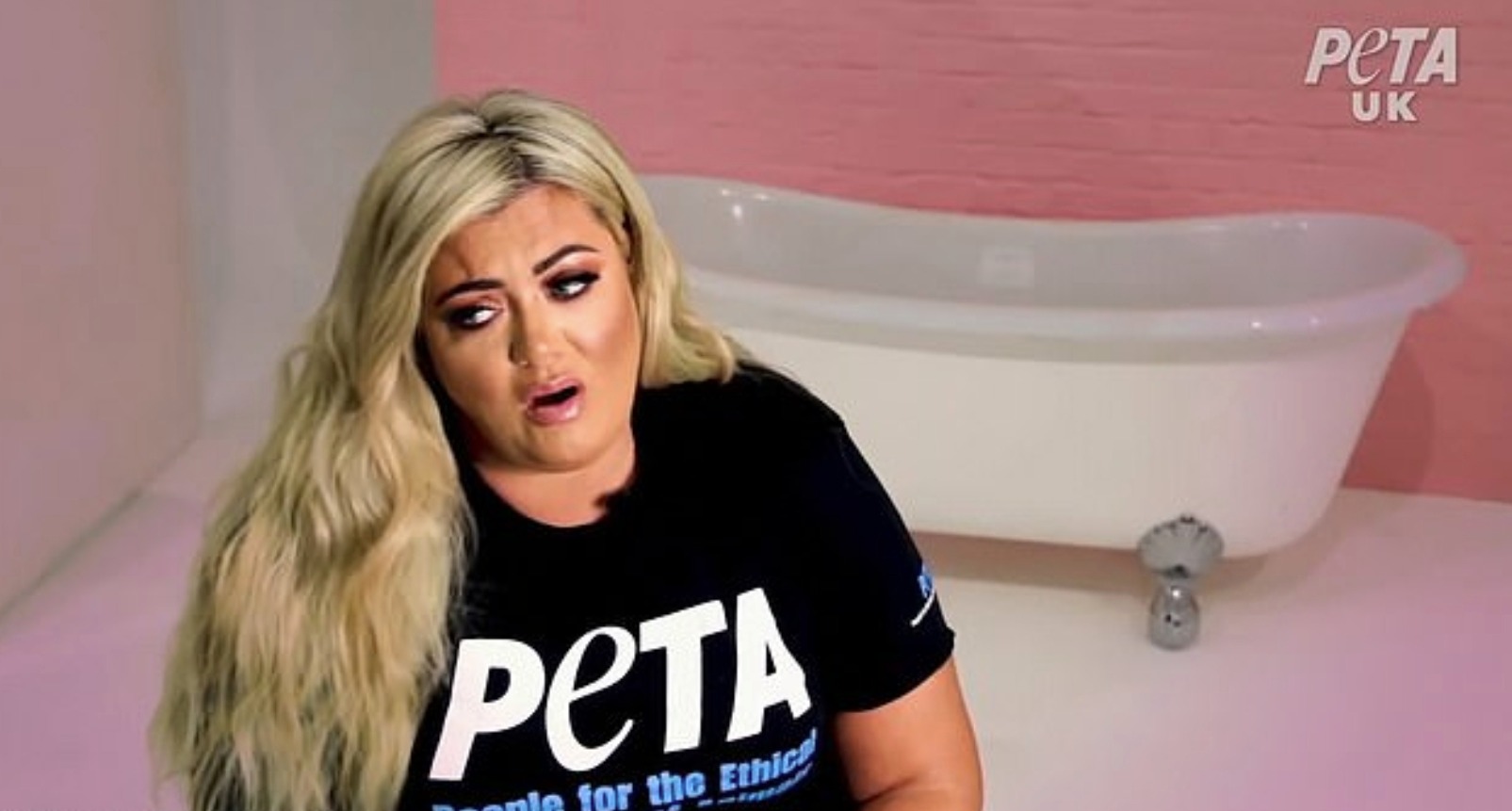 “While fur farms no longer exist here in the UK, fur is still being imported from other countries and sold here. That’s not OK.

“We’re a nation of animal lovers, so it makes no sense for the UK to prop up the fur trade.”

The GC continued: “Take it from an icon, Boris. No one needs fur in their wardrobe. Do the right thing. Ban fur sales. 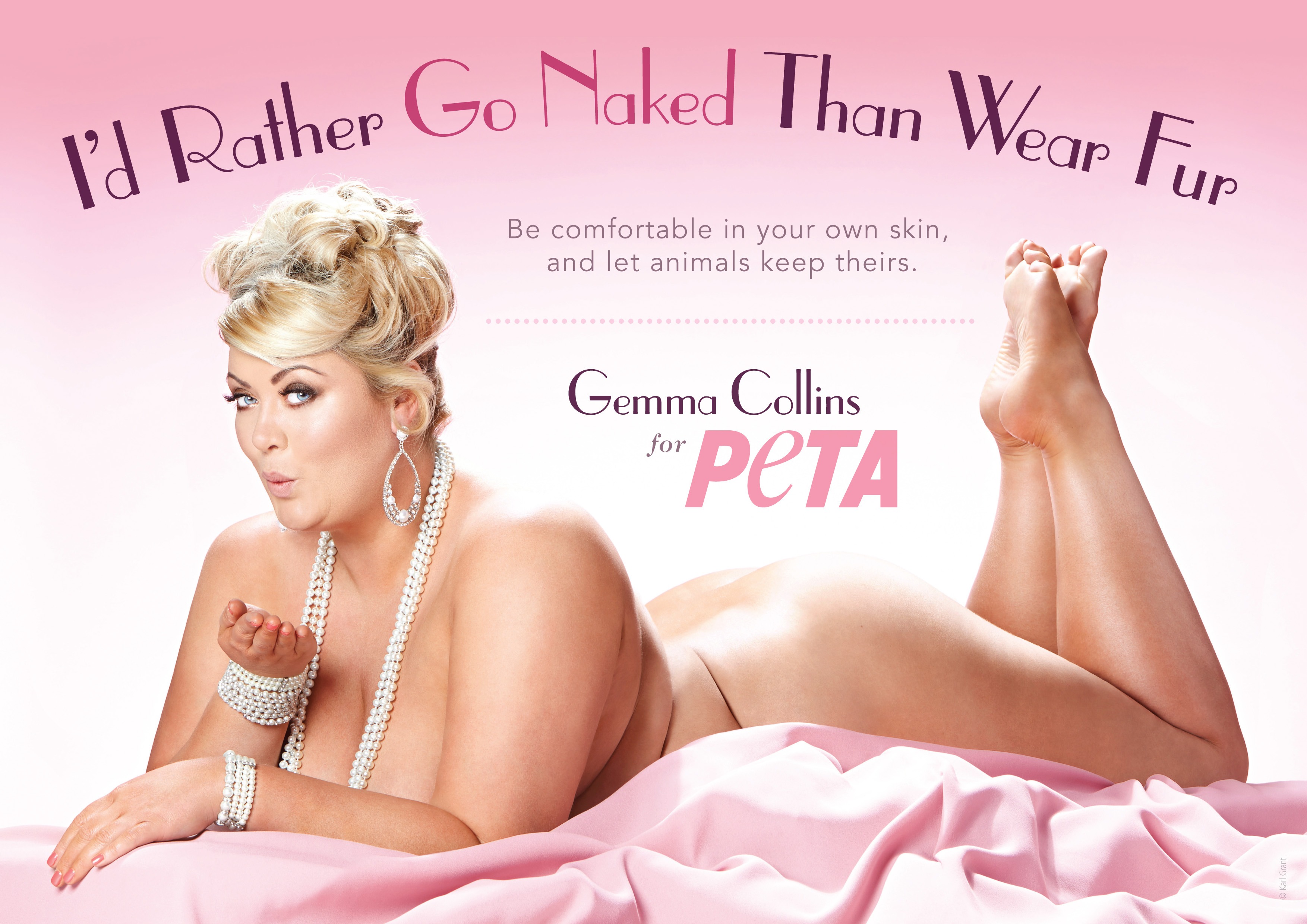 “Let’s wear our own skin and let the animals keep theirs.”

In 2013, Gemma posed in the nude to take part in the animal rights organisation's I Would Rather Go Naked Than Wear Fur campaign.

The TV personality stripped off again last year for an anti-marine park campaign, to highlight the cramped conditions that some sea life are forced to live in.

The star appears to have upped the ante as she calls for a ban on imports and sales to end fur trade in the UK. 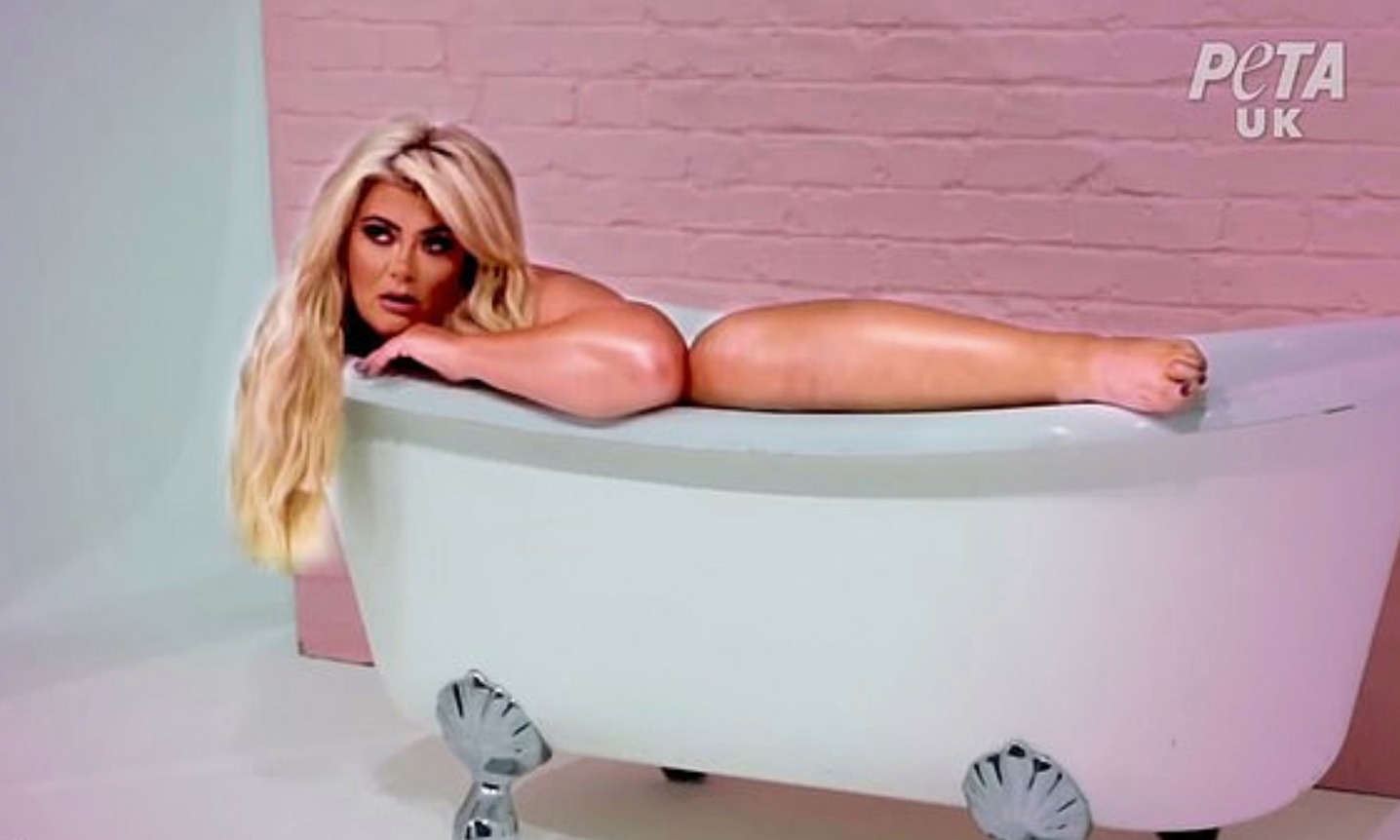 "Fur farming was banned in the UK because it is so so cruel guys! But the fur from animals who were killed in the most horrific ways is STILL being sold here. 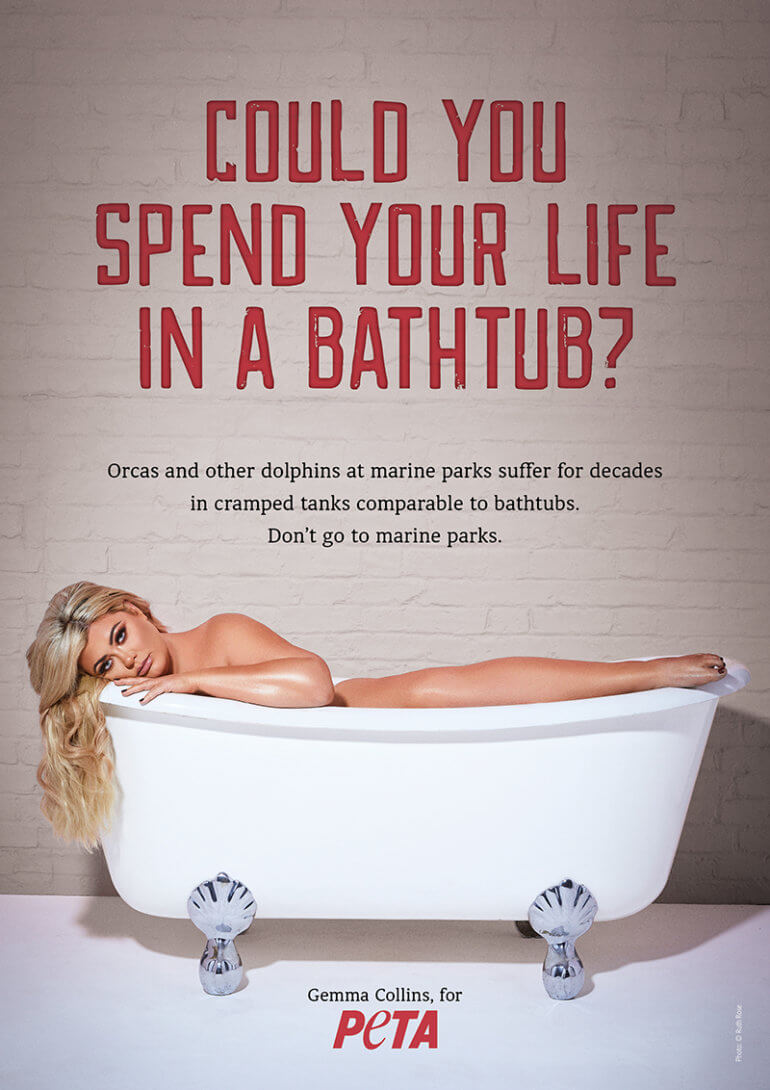 "This is not okay – and that’s why I've teamed up with PETA on this wonderful new campaign to call for a fur free Britain."

Gemma is part of a long list of celebrities – including Amanda Holden, Sharon Osbourne, Dame Judi Dench, Paul O'Grady, Ricky Gervais, Gary Lineker and many others – who have teamed up with PETA to support the Fur Free Britain campaign.