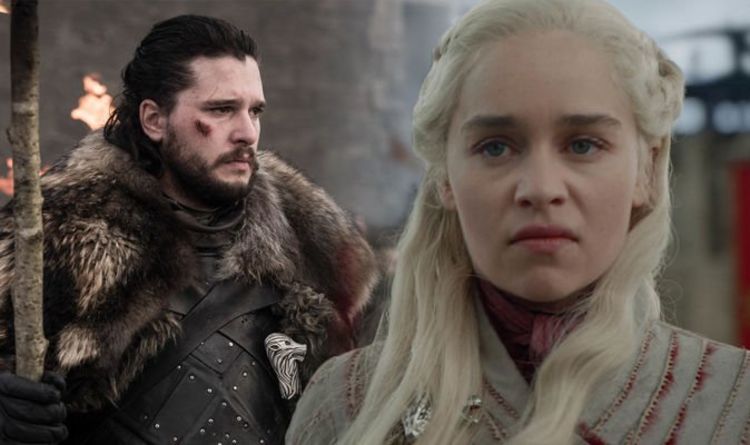 Game of Thrones continued over the weekend and saw Daenerys Targaryen (played by Emilia Clarke) worry about her future on the Iron Throne.

The Mother of Dragons discovered pretty much everyone is Team Jon Snow (Kit Harington) and without her number one fan, Jorah Mormont (Iain Glen) around to protect her, it seems the born leader is in trouble.

What’s more, with Varys (Conleth Hill) and Tyrion Lannister (Peter Dinklage) threatening to put their support somewhere else, it seems there’s a coup on the horizon.

According to one of Game of Thrones’ directors, Daenerys is going to be pretty terrifying in the future.

He said: “There’s really the sense that her character is getting a sense of isolation.

“Realising that Jorah Mormont is no longer there,” David teased.

The director continued: “That moment of overhearing Tormund talking about how Jon is a king because he jumped on a dragon and fought with a dragon, when he’s done that multiple times and she’s not being recognised for it.

“I think that’s an interesting reference point for her character to deal with.”

David went on to discuss how she will feel by episode five, and although angry, has an eerie “calm, cool and collected” nature. 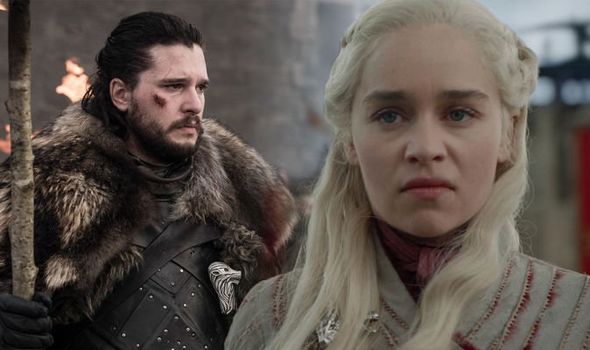 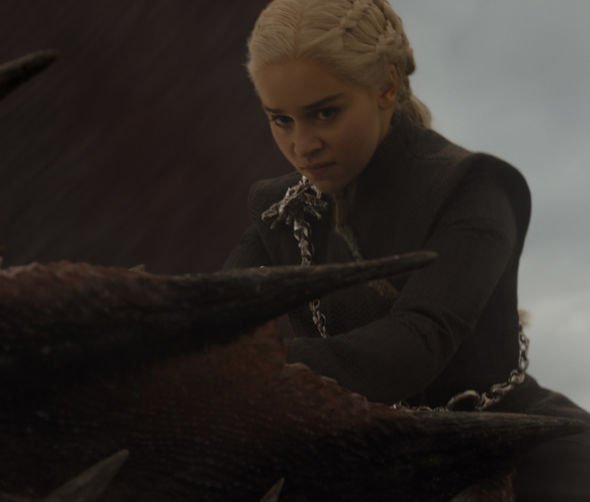 He added: “There is an anger that comes out Emilia, out of Dany’s character, at the end of this episode that I’ve never seen out of Dany before.

“I’m actually quite scared about what she’s going to do next!”

But what will Daenerys do next? There’s strong hints suggesting she will be about to fulfil her “Mad Queen” prophecy.

Her father was nicknamed the “Mad King” for his incredibly threatening behaviour while ruling over Westeros. He eventually tried to burn King’s Landing when he was losing control but was slain by Jaime Lannister (Nikolaj Coster-Waldau).

It appears Daenerys is heading the same way as her dad, as she was just cryptically told to “burn” by Missandei (Nathalie Emmanuel) before her death. 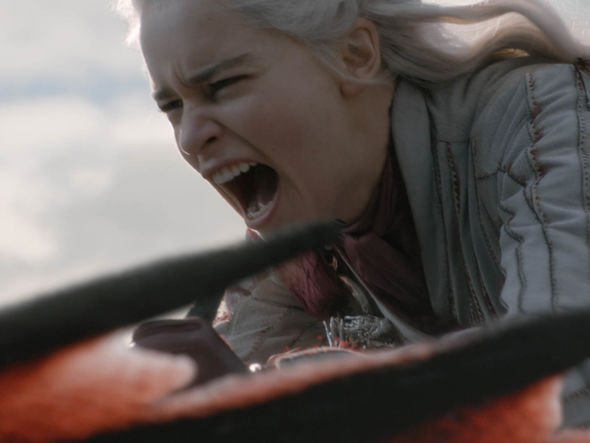 Does this mean Daenerys will be slain before she can kill any innocent people?

During the episode, a huge party took place but it seemed there was a Starbucks cup placed right in front of Daenerys.

HBO have since responded to the blunder, with Game of Thrones’ art director telling Variety: “Things can get forgotten on set. [It’s been] so blown out of proportion.”

Game of Thrones continues Sunday on HBO in the USA and the following day on Sky Atlantic and NOW TV in the UK.