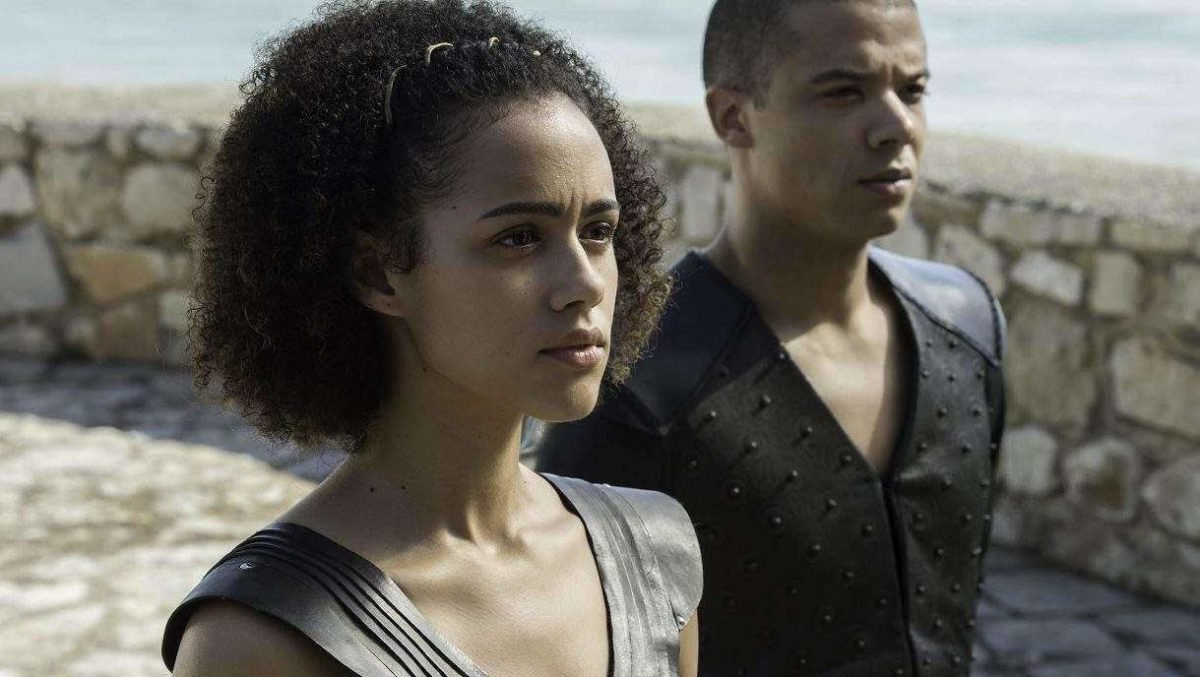 Season 8 marks the end of Game of Thrones, but the high-fantasy series still has a few episodes left before all is said and done. Eagle-eyed viewers of Episode 4 may have noticed that the show is still packing tons of subtle callbacks and references to past events, lines of dialogue, and moments between characters. Case in point: Missandei growling “dracarys” toward the end of Episode 4, which brings up some insight into her history with Dany, including a key moment from their first meeting.

If you haven’t already, be sure to check out our review of Episode 4 and see a rundown of the episode’s Easter eggs and references like this that you might have missed (stray coffee cup included). Based on questions that emerged from the Episode 5 preview trailer, we also have a look at whether there could be more dragons in Westeros. We’ve also got a fresh pile of new theories for the last two episodes of the series.

Game of Thrones Season 8 has only two episodes left, and the show as a whole will thus be over in just over a week’s time. The most recent episode came this past Sunday night in the form of Episode 4, which dealt with the fallout of Episode 3’s Battle of Winterfell. While a somewhat quiet episode in comparison, it wasn’t without its developments. After tensions ran high (both political and bedroom related), we’re fast approaching the penultimate moment in the battle for the Iron Throne. Episode 4’s conclusion was particularly tense, and one word may have defined what happens next as one last big battle looms. Spoiler warning: The events of Episode 4 are described below.

In the final moments of Episode 4, Missandei is precariously stood beside Cersei having been taken prisoner when Euron’s fleet launches an ambush. Dany watches on as Tyrion attempts to negotiate for her life and Cersei’s surrender. Unfortunately, his diplomacy fails and Cersei turns to Missandei and tells her to share any final words. Missandei looks to her queen below and declares “dracarys.”

The word translates to “Dragonfire” in High Valyrian; it is the same word Dany uses to signal her dragons to fire upon her enemies. In this case, the word is a final utterance of allegiance and support to her queen, knowing full well it will be her last. It’s not a far stretch to assume Missandei’s last word may also be a call for Dany to destroy Cersei in the same way as she has the rest of her enemies.

The word also has some significance to the relationship between Missandei and Dany. The two first met when Missandei was still a slave who served as an interpreter to slave-trader Kraznys mo Nakloz of Astapor. Dany ultimately frees Missandei by ordering the enslaved Unsullied to turn on the slave-traders of Astapor. In the fray of the uprising, Dany turns to Kraznys and calmly says “dracarys.” Upon hearing the instruction, her dragon Drogon breathes a ball of fire onto the slave-trader and reduces him to ashes. Missandei’s choice of her final word is almost certainly a callback to this moment and Dany’s impact on her life.

Or, you know, take it from the woman herself. After the episode aired, Nathalie Emmanuel, who portrays Missandei, tweeted, “Dracarys.” She followed this up with her own personal translation, “Burn the bish.”

This was not a good episode for the dragons or Dany, as Rhaegal can attest. (It was also one with a notable gaffe, as a coffee cup made it into a shot at Winterfell–HBO has now even acknowledged it and digitally removed it from the episode.) For more on what to expect, check out the preview trailer for Episode 5. Although it’s not seen in there, Episode 4 strongly suggests Cleganebowl is finally coming.