Every June, a barrage of LGBTQ media and news coverage arrives to announce the beginning of Pride month. The final season of FX’s groundbreaking drama “Pose” debuted in May, and Hulu’s adorable teen coming out story “Love, Victor” will return in two weeks. But for those seeking an engaging and accessible history lesson in the LGBTQ movement, FX’s six-part docuseries “Pride” is a delightful and substantive addition to the canon of Pride-related content. By giving queer filmmakers full creative control, “Pride” goes way beyond the conventional narrative of LGBTQ history.

Part political history, part cultural record, each of “Pride’s” six episodes follow a single decade, beginning with the McCarthyism of the 1950s and ending with the growing mainstream acceptance of the 2000s. Produced by FX, Vice, and Killer Films, each episode is directed by different queer filmmakers who were given full creative license on what to feature. They include mainstays of the New Queer Cinema Tom Kalin and Cheryl Dunye alongside younger up-and-comers Andrew Ahn, Ro Haber, and Anthony Caronna & Alex Smith.

Lying somewhere in between the two is Yance Ford, whose deeply personal debut “Strong Island” launched him as a filmmaking force when it landed an Oscar nomination for Best Documentary in 2018. In “1990s: The Culture Wars,” Ford shows how the expansion of an LGBTQ activism that had been radicalized by the AIDS crisis was in direct conversation with an increasingly thriving queer arts movement. 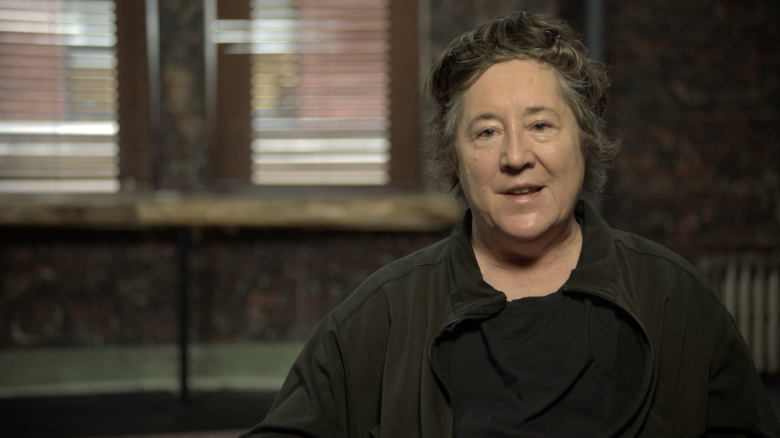 “When you think back to the 1990s, you don’t realize how may people whose work is considered part of the queer canon had to figure out how to survive this onslaught,” Ford said during a recent phone interview. “The consistent use of religion as a bludgeon to try to silence queer artists and to try to marginalize queer work. [Christine Vachon] was targeted, and the work she was producing was targeted.”

While queer film may not receive the pushback today that it did then, Ford sees many parallels between the ’90s and now in terms of how the religious right is able to weaponize LGBTQ rights as a way to consolidate power. As a Gen Xer who lived through the culture wars, these harrowing similarities are never far from Ford’s mind.

“I wanted to focus on a national level and remind folks of — first of all, where the term ‘culture wars’ comes from — and that the attacks we’re seeing on trans youth today, for example, comes from a long history of very coordinated political and cultural attacks aimed at the LGBTQ community,” he said. “I think what we’re living through right now really bears a very strong resemblance to the 1990s, and we can take some lessons from [that time].”

It’s not even halfway through the year and HRC has declared 2021 the worst year for state legislative attacks on LGBTQ rights, citing eight new laws banning trans youth access to sports and/or medical care and 10 bills awaiting gubernatorial signatures. As a trans man, such attacks hit Ford personally. In comparing the current moment to the culture wars, it was important to Ford to center the trans experience, specifically from a trans-masculine lens.

To that end, one of the most prominent interview subjects is Marquise Vilson, an actor and trans man who found community and identity in New York’s ballroom scene. Throughout the episode, Ford bolster’s Vilson’s interviews with archival footage from Daniel Peddle’s 2005 documentary “The Aggressives,” in which a fresh-faced young Vilson can be seen flexing his biceps on the runway. It’s a unique scene, and one that doesn’t necessarily jive with the conventional ballroom image of trans women and femmes in high fashion looks.

There’s another small but pivotal moment where Vilson reflects on being out as trans, though he certainly could “pass,” and how he rejects the idea of having “cis-assumed privilege.” Another filmmaker might not have included Vilson’s voice in the episode, but it’s undoubtedly a highlight, given how remarkable it is to witness such a nuanced conversation between two Black trans men — the kind of thing that could only make it to the screen under Ford’s capable direction.

“There’s a broader conversation about trans-masculinity and non-binary identities that we’re not having,” said Ford. “It’s a tricky thing for people to imagine that the lines of gender, sex, and sexual orientation are not as simple as cis or not cis. […] I hope that quote from Marquise will motivate people to try to have a nuanced conversation about trans-masculine identity.”

All six episodes of “Pride” are currently streaming on Hulu.