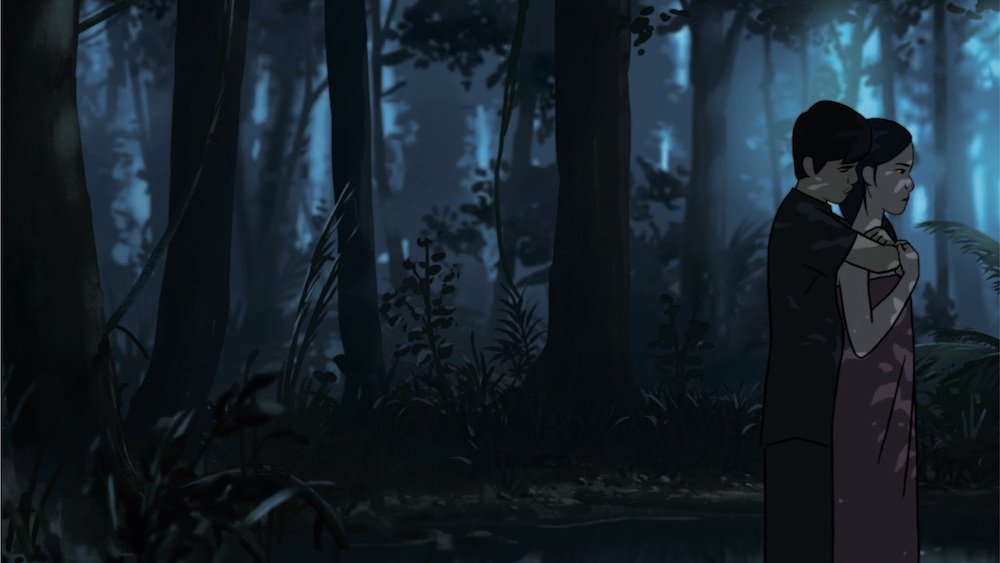 With “Funan” (opening June 7th), director Dennis Do explores nightmarish atrocities in his acclaimed survival story about the cruelties of Cambodia’s Khmer Rouge in 1975. The Annecy and Animation Is Film (AIF) award-winner might also secure the 12th Oscar nomination for indie distributor GKids.

“Funan,” a French-Luxembourg-Belgium production, follows a young woman and her husband separated from their four-year-old son as a result of the Khmer Rouge’s forced exile from their village into internment camps. It features the voices of Bérénice Bejo (“The Artist”) and Louis Garrel (“The Dreamers”). “‘Funan’ is the story of a family. Of a woman…My mother,” the director explained in the production notes. “I wish to explore feelings, relationships, the whole complexity of human connection in a context of extreme oppression. Good and evil is not the point. The movie immerses us into the lives of normal people, exhausted by suffering…. Animation is an ideal medium to captivate the audience by giving them perspective from reality.”

The trailer offers stunning glimpses of this complexity: a family and a country torn apart yet underscored by the beauty of Cambodia, which embodies a woman, according to Do. “What director Denis Do has achieved in his debut film is truly remarkable,” said Dave Jesteadt, president of GKids. “So often I think stories about historical atrocities are difficult for audiences to watch, but through his sensitive use of the animated medium, an intensely personal family story is brought to life, ensuring that the human drama, love, and suspense in his story never become lost amid the larger historical context of the rise of the Khmer Rouge. With beautifully-rendered images of orange-hued Cambodian sunsets, and the fine brushwork bringing the characters to life.”

Last month, GKids released “Okko’s Inn,” the enchanting Japanese ghost story from former Studio Ghibli animator Kitaro Kōsaka. Fall Oscar contenders include Salvador Simó’s “Bunuel in the Labyrinth of Turtles,” winner of the AIF Special Jury Prize, which recounts how the legendary Spanish director struggled to make a documentary about poverty-stricken Las Hurdes; and “Children of the Sea,” the latest feature from Japan’s STUDIO4C (“MFKZ”), and directed by Ayumu Watanabe about kids drawn to mysterious ghosts in an aquarium.