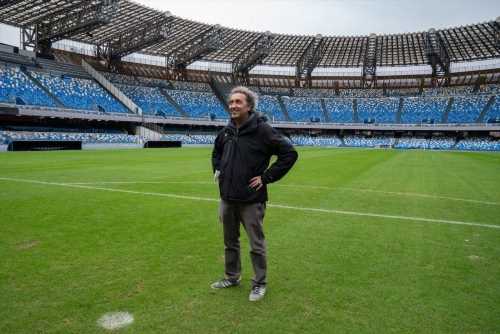 Fremantle, which is at Venice with two films in competition –– Paolo Sorrentino’s “The Hand of God” and “America Latina” by Damiano and Fabio  D’Innocenzo –– is ramping up its film side.

The RTL Group-owned company “that everyone used to associate with [TV franchise] ‘Got Talent’ is becoming one of the biggest independent film production studios in Europe” says its COO Andrea Scrosati.

It’s rising power in feature films isn’t being noticed because of Fremantle’s model of owning a panoply of indie companies, many of which are in Europe, including two in Italy, 12 in the Nordics, German studio UFA and Fiction Valley in the Netherlands.

But “nobody is connecting the dots,” Scrosati says.

Fremantle, besides having some 60 TV series in the works, in 2021 produced 14 movies. Most of these are being made through its Italian labels The Apartment and Wildside; others are via several other European outfits that Fremantle owns such as Denmark’s Miso Film, which has now completed Ole Bornedal-directed “Shadow in my Eyes.” “Eyes” tells the story behind the the 1945 British Royal Air Force’s accidental and catastrophic bombing of a French school in Copenhagen. “Shadow” will soon be released in Denmark.

Wildside-produced comedy “Come un gatto in tangenziale — ritorno a coccia di morto” is currently doing brisk biz at the Italian box office, having grossed more than $1 million in its first frame last weekend. “The Hand of God” and “America Latina” are both produced by The Apartment. With these two companies Fremantle is now the top film production company in Italy that is not vertically integrated with film production company.

Then there is Luca Guadagnino’s first U.S. film “Bones and All,” starring Timothée Chalamet, on which Fremantle is a co-producer.

Now the plan for 2022 is to grow Fremantle’s film production footprint outside Italy.

Scrosati underlined that UFA is the iconic European studio of films including Fritz Lang’s “Metropolis” and “The Blue Angel” with Marlene Dietrich, and more recently 2013 German historical drama “The Physician,” which was a global hit. UFA now has new films in the works that are being kept under wraps, as does Fiction Valley.