FRANKIE Muniz has welcomed his first child, a baby boy, with his wife Paige Price.

The Malcolm In The Middle star, 35, fought back tears as he cradled the newborn in his arms in an emotional video on Wednesday. 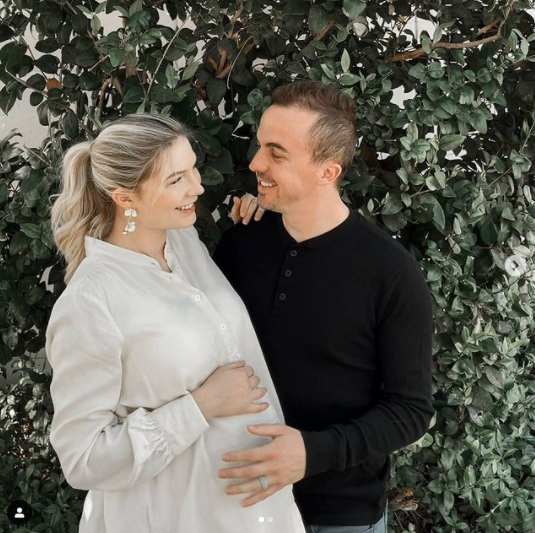 The actor teared up and smiled down at his son – who was just out of shot – and went on: "I love him so much. I love my wife so much."

He captioned the sweet footage, "I love my baby so much. And I love my wife more than ever!" and added a "super papa" GIF.

Frankie and Paige – who tied the knot in February after four years of dating – announced the pregnancy in September. 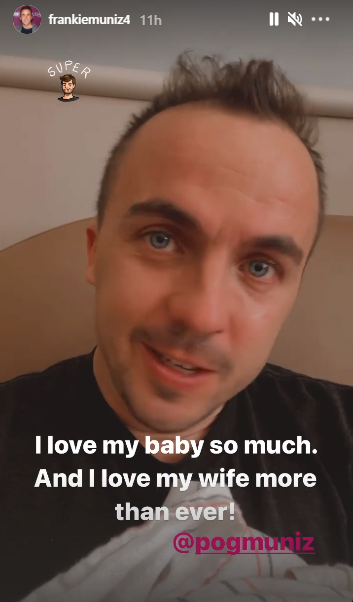 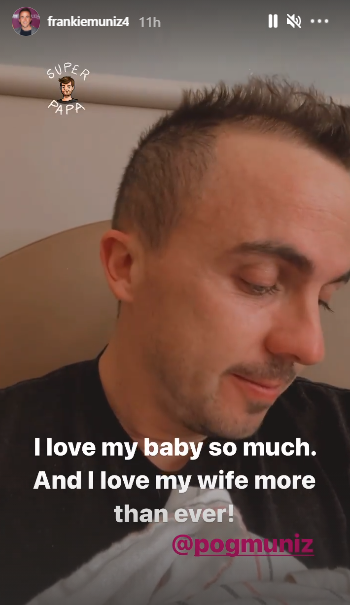 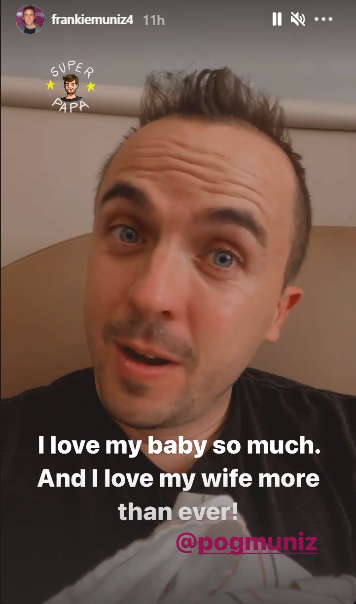 The adorable couple uploaded a clip to their channel where they danced throughout the Jackson, Wyoming countryside.

The Dancing With The Stars finalist proved he still had moves from the show as he twirled around his wife.

Frankie narrated the emotional video, which began: “In the past four-and-a-half years, Paige and I have experienced so many incredible things together." 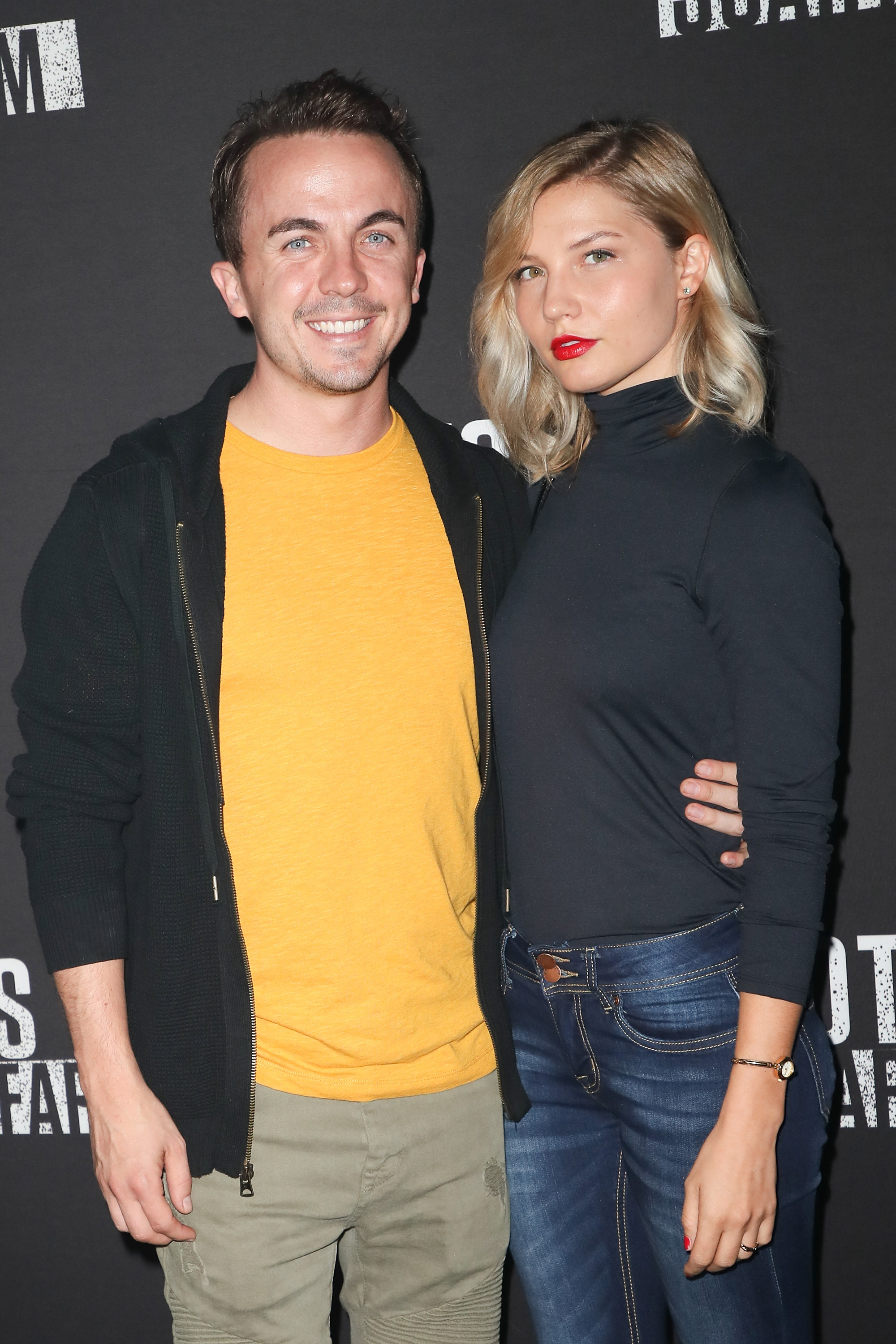 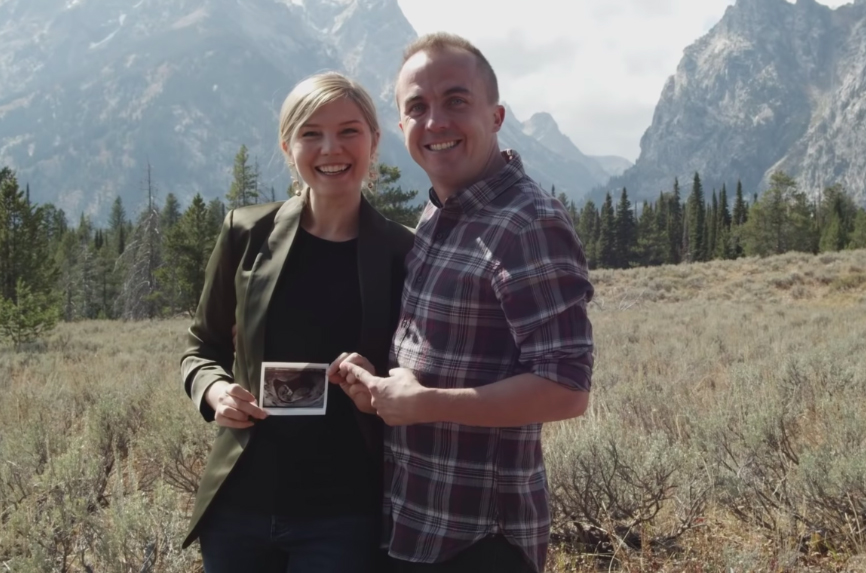 “We’ve traveled the world, got to live out all these once-in-a-lifetime opportunities," he added.

“While we still believe it’s the little moments in between the big ones that make you feel happiest, nothing quite compares to the first time hearing your little one’s heartbeat.

“We felt like we were living and experiencing a real-life miracle for the first time.

“The second I heard that heartbeat, reality set in. I was throwing out baby names and future career choices.” 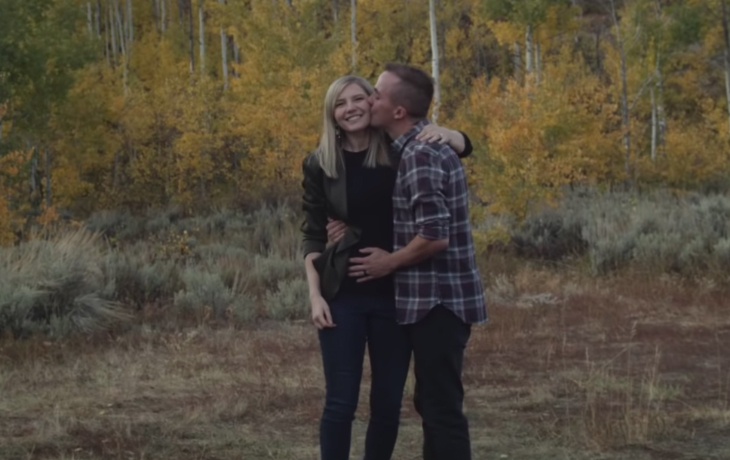 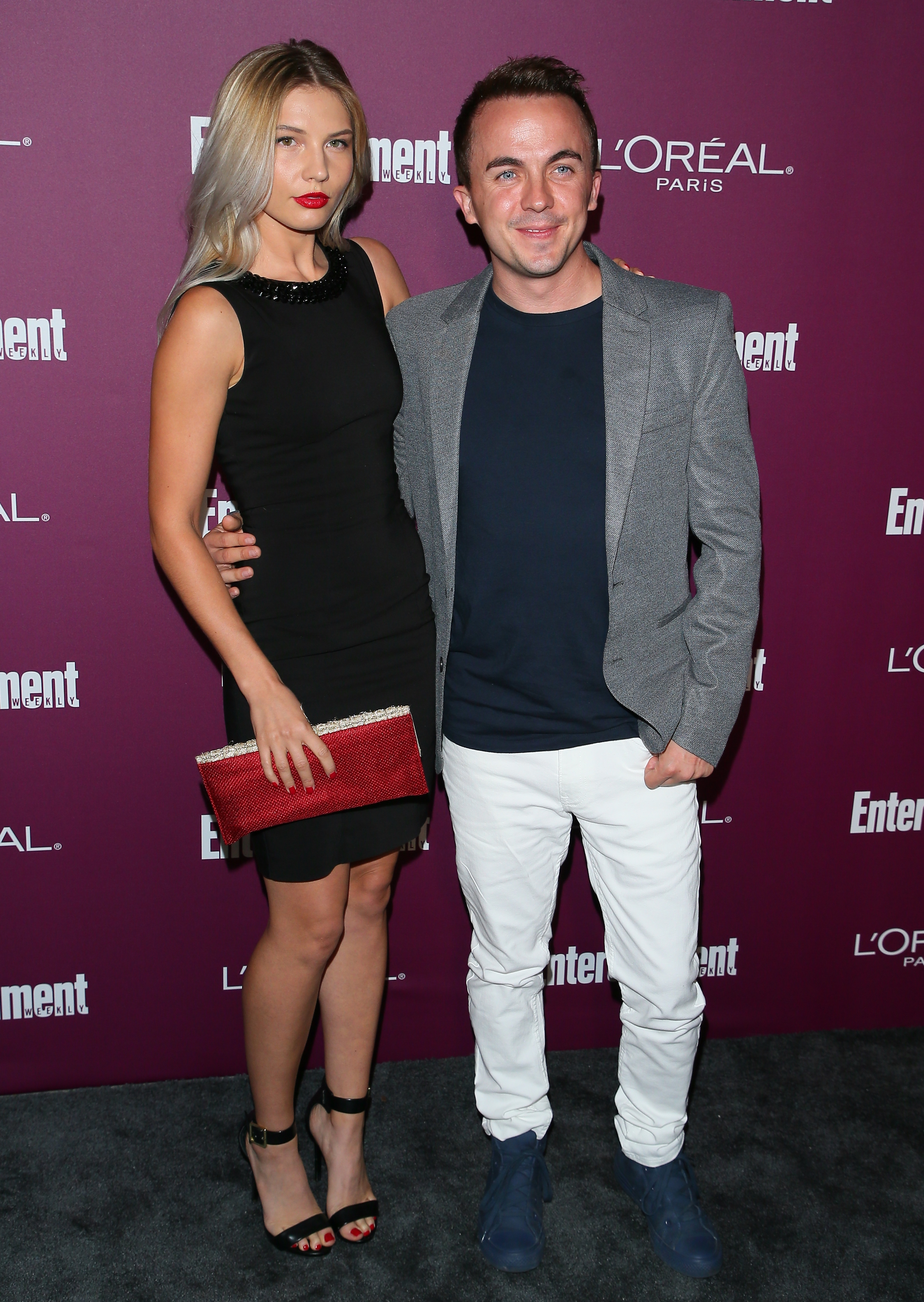 The former child star then got silly as he pushed out his stomach and rubbed his pretend baby bump.

Earlier this month, Paige showed off her huge baby bump in a sweet couple shoot with Frankie.

The actor captioned the snaps: "I'm so lucky that my son is going to have the best mom in the history of moms. Any day now…"

She added: "Were getting so freaking close! Patiently waiting for our chunky monkey to make his way into the world…" 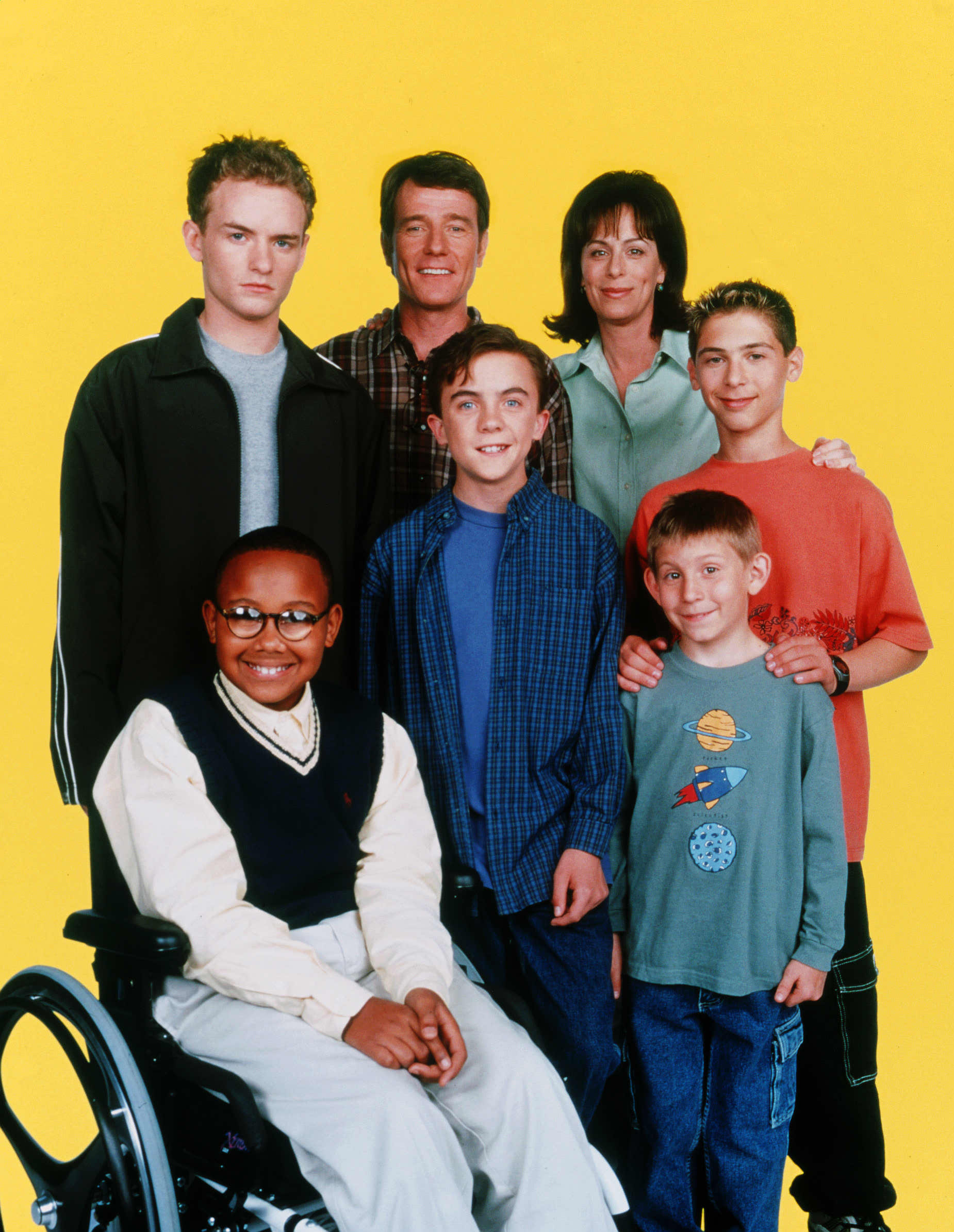 Frankie and Paige married in a secret ceremony in Phoenix, Arizona, last year after he proposed in November 2018 at the Pinal Fairgrounds Lantern Festival in Casa Grande, Arizona.

Speaking to PEOPLE about their wedding, he described the day as "perfect" and "the best day of his life".

He said: "Every single moment was perfect." 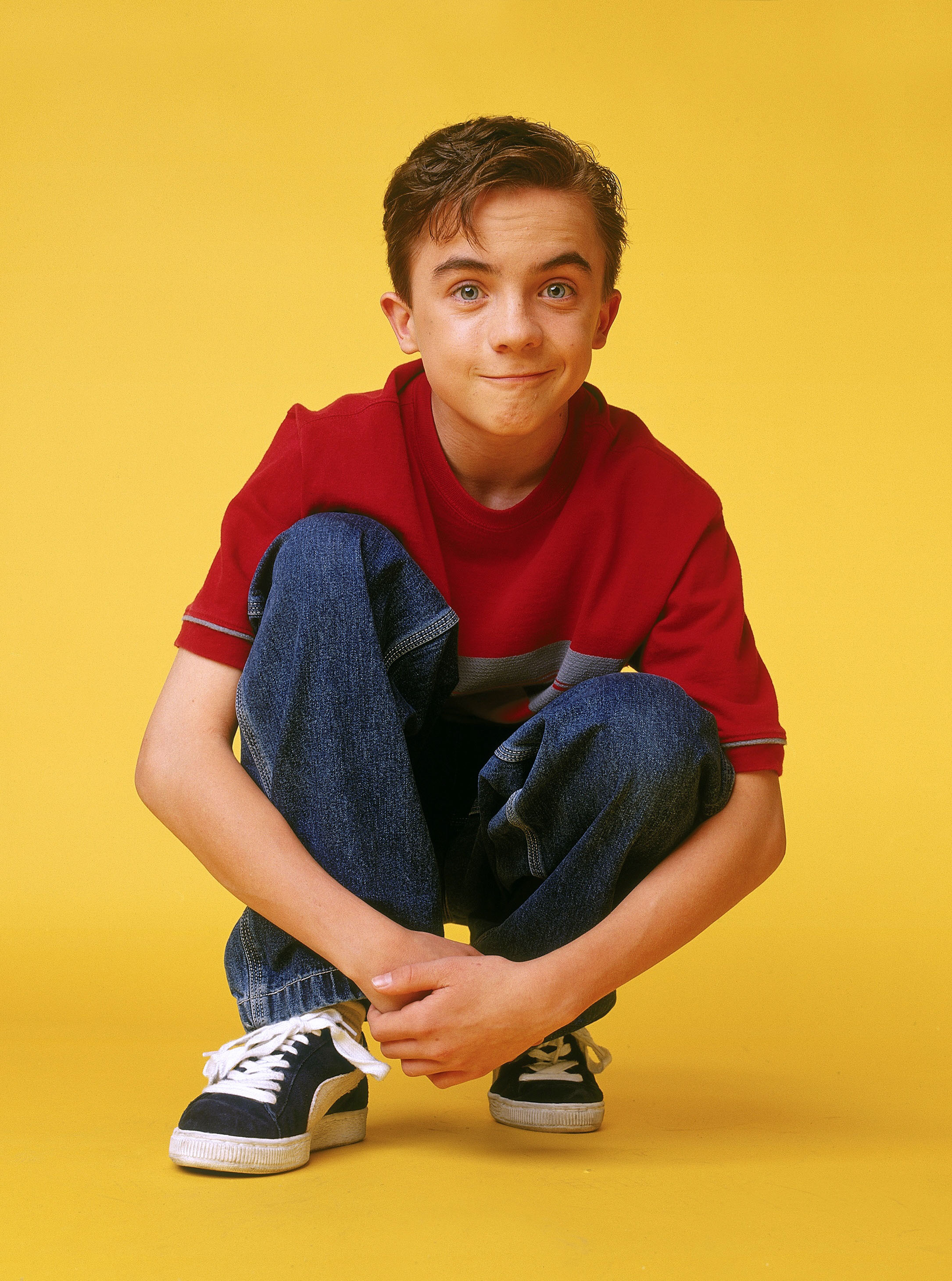 "From the moment of waking up together and jumping on the bed hyping each other up, to helping our wedding planner with setting things up at the venue, all the way to walking down the isle with my best friend hand in hand with our closest friends and family in attendance. Everything was just so us.

"I always thought it was such a cliché for people to claim their wedding day as the best day of their life, like maybe it was something they had to say.

"No, my wedding day was literally the best day of my life!"

Frankie found fame on the Emmy Award-winning comedy series Malcolm In The Middle, where he played Malcolm, a child genius who lives with his dysfunctional family.

He starred on the show alongside Breaking Bad actor Bryan Cranston from 2000 to 2006.

More recently, Frankie returned to screens in 2017 as a contestant on Dancing With The Stars.