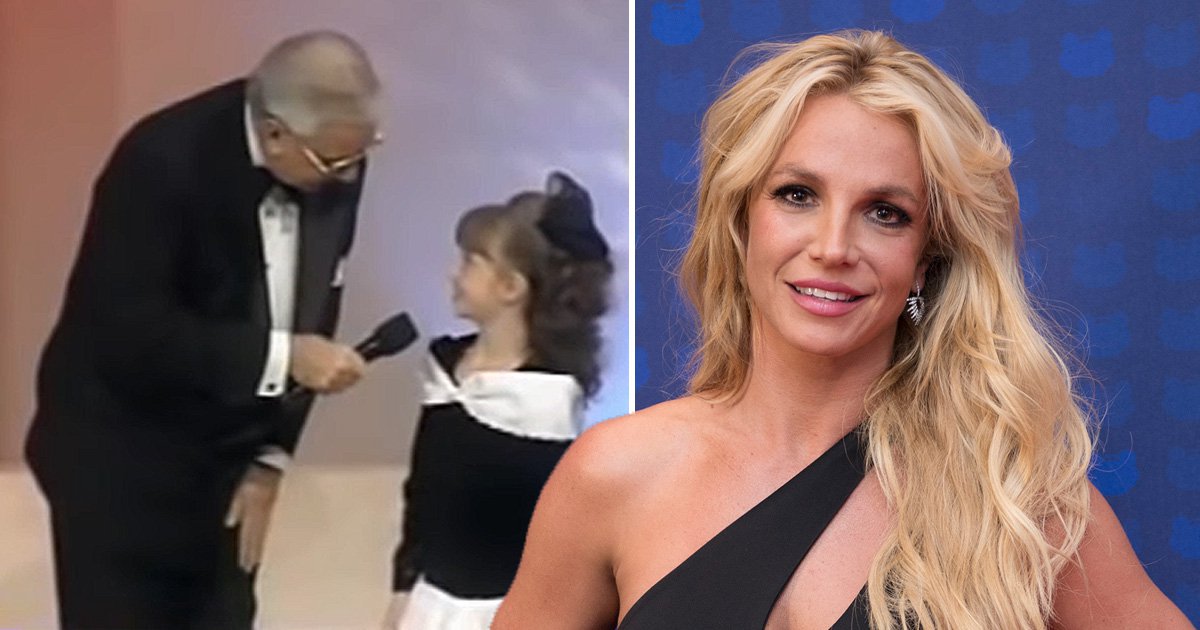 Viewers of Framing Britney Spears were left shocked to see some of the interview questions the singer had faced from the age of 10, throughout many years of her career.

Over the weekend, the New York Times documentary focused on Britney’s fans trying to end the conservatorship she has been under since 2008 aired, and viewers were stunned to see the singer have to field sexist and inappropriate questions from the age of just 10 years old.

One clip showed Britney appearing on Star Search with Ed McMahon in 1992, when the young star sang a beautiful rendition of Love Can Build A Bridge.

Following her flawless vocal performance, the host asked her: ‘I noticed last week you have the most adorable, pretty eyes. Do you have a boyfriend?’

When Britney replied that boys are ‘mean,’ Ed responded: ‘Boyfriends? You mean all boys are mean? I’m not mean, how about me?’

Britney, appearing to be uncomfortable with the question, then said: ‘Well… it depends.’

Fans of the pop star were disappointed that the only line of questioning for the clearly extremely talented child was about ‘boyfriends’, rather than her aspirations.

Another moment which left viewers speechless was when a European interviewer began quizzing Britney about her breasts and whether she had had implants.

‘There’s one subject we didn’t discuss’ the interview brings up, adding: ‘What was that? Everyone’s talking about it.’

When Britney asks what that was, he says: ‘Well, your breasts.’

The interviewer then says: ‘You seem to get furious when a talk show host comes up with this subject,’ while Britney attempts to laugh it off.

Fans are also calling for Diane Sawyer to apologise after making Britney cry during an interview after the split, where she asked her: ‘He’s gone on television and pretty much said you broke his heart, you did something that cause him so much pain, so much suffering. What did you do?’

They were also angry as Diane appeared to defend a woman who said she wanted to ‘shoot’ the singer during the uncomfortable interview.