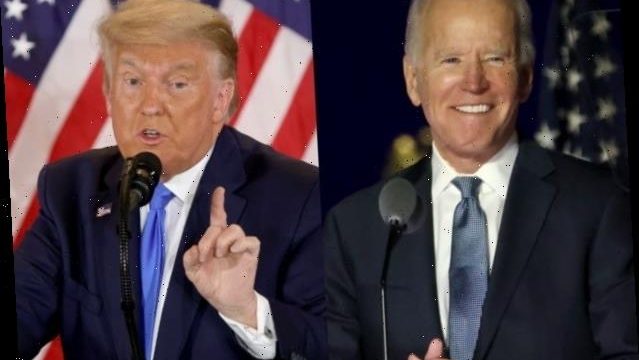 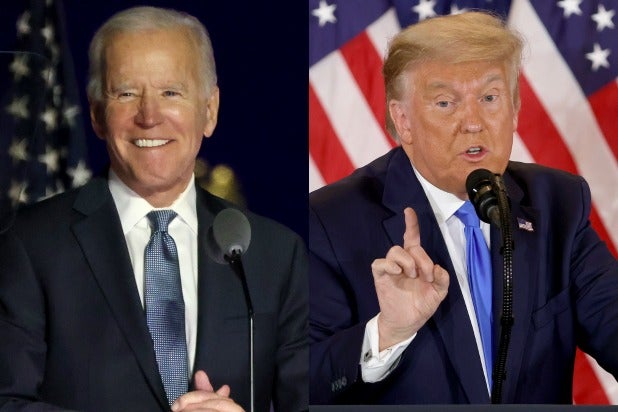 Updated at 12:36 p.m. PT: With an average of 13.6 million primetime viewers, Fox News easily topped Election Night 2020, when cable news networks and broadcast television combined for more than 50 million total viewers. While that’s a huge number, it is also way down from 2016.

CNN was second with an average of 9.1 million viewers between the hours of 8 p.m. and 11 p.m. MSNBC was third with 7.3 million.

With updated Nielsen numbers now in, we can confidently say that ABC was No. 1 among its broadcast competition on Tuesday, averaging 6.1 million primetime viewers. NBC had 5.6 million, CBS drew 4.3 million and Fox got 3.3 million.

We do not yet have final numbers for Spanish-Language networks Univision and Telemundo. Readers can find their preliminary viewer totals below.

Previously:
We didn’t get a president on Election Night 2020, and it is even too tight to safely project a primetime ratings winner for broadcast television using Nielsen’s earliest ratings, which are not yet adjusted for time-zone differences. But we can very safely tell readers that Election Night viewership on the free over-the-air channels is way down from four years ago.

In this initial snapshot at Tuesday’s live-TV coverage, ABC appears to have topped Tuesday’s broadcast battle between Donald Trump and Joe Biden with 5.9 million total viewers — but NBC is less than 200,000 total viewers behind the Walt Disney Company’s broadcast network.

We’ll get Nielsen numbers for the cable news channels a bit later today.

Back then, Univision drew 3.9 million total viewers and Telemundo had 2.2 million, which means the Spanish-language channels initially chipped in a combined 6.1 million viewers.

All told, that means 41.1 million viewers were glued to the free over-the-air channels on Nov. 8, 2016. That sum does not count PBS, whose ratings tend to be reported later in the day.

Check back with TheWrap in a few hours for cable news ratings, and then for final Election Night 2020 viewership across all of TV shortly after that.

When all was said and done, counting 13 networks, Election Night 2016 drew 71.4 million viewers, according to Nielsen, which was 4.6 million more than 2012 but down 100,000 viewers from the recorded high in 2008, when Barack Obama was first elected to the highest office in the country and 71.5 million Americans tuned in to the historic moment.

Four years ago, CNN scored what was then the most primetime viewers in cable news history with 13.3 million people tuning in from 8 p.m. to 11 p.m. That period didn’t even technically cover when the election was called for Trump around 2:30 a.m. ET. Fox News landed 12.1 million viewers, NBC had that above-mentioned 12 million flat.

From 7 p.m. until 3:30 a.m. the following morning, Fox News was No. 1 on average with 12.2 million viewers. CNN averaged 11.1 million viewers in that time period. Readers can probably figure out why the viewers stayed up later to celebrate with Fox News than to be devastated with CNN.

Four years prior, when George W. Bush defeated John Kerry to earn a second term, *just* 55.1 million viewers tuned in to Election Night coverage across ABC, CBS, NBC, CNN, Fox News and MSNBC. That was down from 2000 when 61.6 million people watched across those same six networks PLUS Fox’s broadcast channel found out Bush following in his father’s footsteps by beating Al Gore.

Editor’s note: The first version of this live story was published before primetime Nielsen numbers for the Spanish-Language networks were available for reporting. Check back for real-time updates as more ratings become available.