”This Scrooge is not going to get away with it,“ says host Ainsley Earhardt 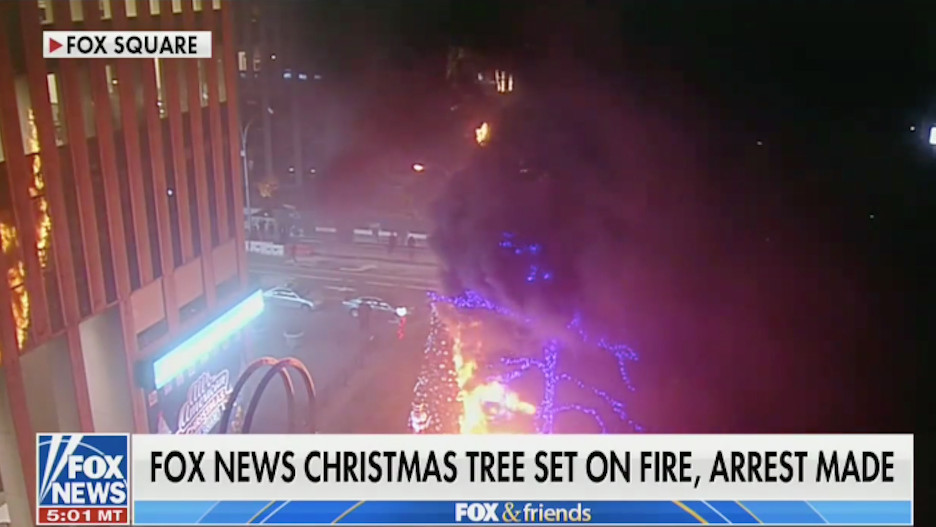 A man was arrested early Wednesday morning after the Christmas tree outside of Fox News’ headquarters was set on fire after midnight.

Multiple outlets reported the arrest, including Fox News itself and the New York Post, which is also located in the building on New York City’s Avenue of the Americas, as they are both News Corp properties.

A video of the blaze spread across social media, where conservatives and media figures condemned the incident.

“I don’t want to hear anything about how radical some of you believe republicans to be when there are lunatics running around New York City setting Fox News Christmas tree on fire,” tweeted conservative commentator Meghan McCain, who has frequently appeared on the cable channel.

On the network itself, hosts spent the morning discussing the fire. Overnight, anchor Shannon Bream broke the news of the event to the Fox News audience, but chatter persisted into the “Fox & Friends” broadcast, where Brian Kilmeade called it “beyond tragic” and Steve Doocy wondered, “What kind of a person lights a Christmas tree on fire?”

Ainsley Earhardt borrowed some terminology from President Joe Biden as she vowed that Fox News was going to “build [the tree] back better,” then said, “Someone did this to spoil our Christmas, but that’s not going to happen. This Scrooge is not going to get away with it.”