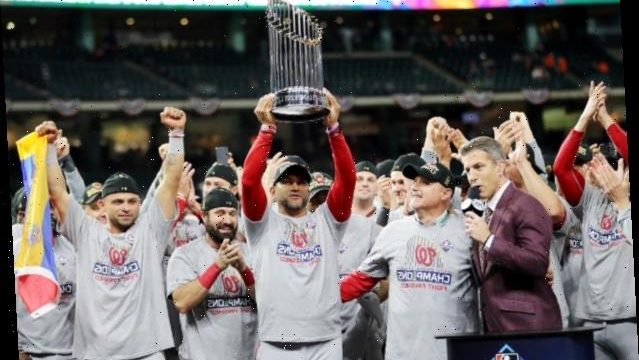 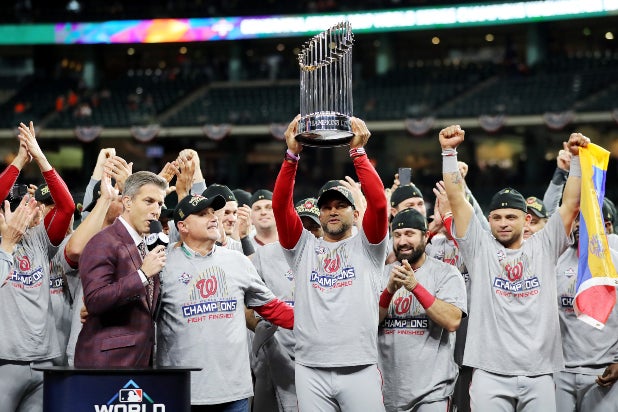 While the nation’s capital was celebrating the Washington Nationals’ first-ever World Series title, Fox was wiping a bit of sweat off of its brow.

Over the seven games, the World Series averaged 13.91 million viewers, which would place it as the third-least viewed, ahead of only 2012 and 2008. Fox was looking at an all-time low for this year’s Series; the first six games averaged 12.39 million viewers. It already set the record low for Game 2 and nearly did the same for Game 1, coming in just 3,000 viewers shy of that mark.

Game 7 of the 2019 World Series drew 23.01 million viewers on Wednesday, which lifted the entire series enough to avoid setting a record for the least-viewed Fall Classic in history. However, it did set the record low for a Game 7, falling below the 23.5 million that watched the San Francisco Giants defeat the Kansas City Royals in 2014.

The least-viewed World Series on record is still the 2012 Fall Classic, which featured the Giants sweeping the Detroit Tigers, which averaged 12.64 million viewers. Here’s how the five-least viewed World Series stack up after this year:

Wednesday’s game saw the Nationals stun the Houston Astros (and the crowed at Minute Maid Park) with a 6-2 comeback victory. The Nationals have only been existence since 2005, having originated as the Montreal Expos in 1969. The last time from Washington, D.C. to win the World Series was the former Washington Senators in 1924 (that franchise is now the Minnesota Twins).