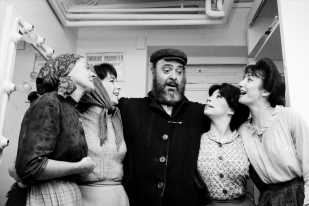 The film celebrates the legendary musical, from its fractious original production to its 55-year status as a global mainstay 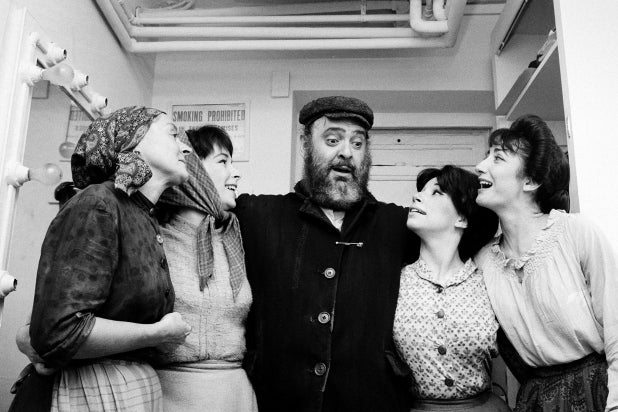 How exactly does a 1964 musical, based on the impoverished and persecuted Jewish shtetl community in 1905 Imperial Russia, still connect to audiences around the world? That’s the question director Max Lewkowicz seeks to uncover in his documentary “Fiddler: Miracle of Miracles.”

Rather than exploring the 55-year-long success of “Fiddler on the Roof” and serving something akin to a highlight reel, Lewkowicz wisely chooses to take us on the journey of the show’s complicated and dramatic beginnings. He instead focuses on the key players of the original production through interviews with lyricist Sheldon Harnick as well as previously recorded interviews with composer Jerry Bock and librettist Joseph Stein, both of whom passed in 2010.

The story the three key players weave regarding the creation of the musical really touches on how the show pays homage to its source material, the original short stories of Russian-Yiddish author Sholem Aleichem. Each interview is wisely placed and timed, and each gives a deeper look at how seemingly impossible the show seemed at the time.

Lewkowicz also weaves in the complexities of the original production’s director-choreographer, Jerome Robbins, and its star, Zero Mostel, who memorably originated the lead role of Tevye. Robbins is vividly remembered through interviews with Austin Pendleton and Joanna Merlin, the original Motel and Tzeitel. There’s also commentary from people like Stephen Sondheim (who was — along with Hal Prince, to whom the film is dedicated — instrumental in Robbins being part of the production), Lin-Manuel Miranda, Fran Lebowitz, Joel Grey, among several others.

But it’s the story of the conflict between Robbins and Mostel that unveils another layer of how the odds were truly stacked against the show. Robbins was plagued by being having been forced to name names during Senator Joe McCarthy’s anti-Communist witchhunts, lest he be outed for his sexuality. Mostel himself was blacklisted during this period, which caused the actor never to speak to his director unless absolutely necessary.

Conflicts like these — running parallel to Robbins’ brilliance in creating iconic dance numbers, such as the “Bottle Dance,” which the film vividly, and expertly builds on — make the documentary come alive. Every Broadway show has its behind the scenes conflicts, certainly, but the heart of “Fiddler” is family, and the film really touches on the meaning of family — where not everything is pretty, and not everyone gets along, yet there’s a connective tissue that offers a warm embrace to the audience.

To create a documentary that tells a story behind the story, editing is key. Too much commentary, and it can turn into a scrapbook of just gushing and praise; too much struggle, and it can undermine the entire premise of the subject. Editor Joseph Borruso navigates the battles, the praise, and the focus of the famed show brilliantly, truly allowing Lewkowicz’s vision to grow without losing the very roots of “Fiddler.” The sequence that delves into the “Bottle Dance” really showcases Borruso’s talent, and how important his editing is to the overall narrative.

I have been a lover of Broadway musicals for as long as I can remember. As a Latina who once dreamed of pursuing the stage, I was told by my drama teacher that I was good, but that there were no roles for “Spanish” girls, so I should probably think of doing something else. I was young, and thought my teacher knew better than I did, so I quit.

Watching how Lewkowicz finds the universal thread in “Fiddler on the Roof” and how the specificity of the play has allowed it to be performed all over the world — through clips of productions in Japan and Thailand to a young black girl playing one of the leads in her school in Brooklyn, as well as Joel Grey’s current Yiddish-language production running at the National Yiddish Theatre Folksbiene — not only proves how wrong my teacher was, but it also sends a message to every theater lover out there: No matter your race, ethnicity, religion, sexuality, you are welcome. You are family.