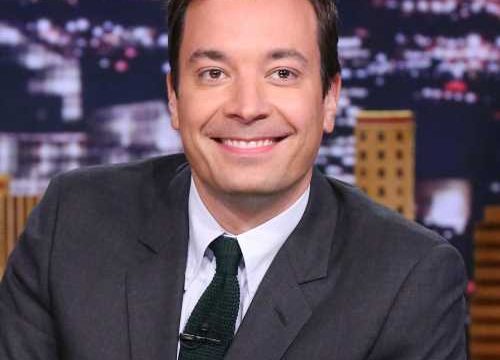 On Wednesday, the host of The Tonight Show Starring Jimmy Fallon gave PEOPLE an exclusive look at the puzzles and flash card sets that Mudpuppy will be releasing to gives parents and children a whole new experience with his best-selling picture books.

With the puzzles and flash cards accompanying the picture book, children ages 1 and older can learn first words and explore animal sounds and names of the adorable illustrations.

: Jimmy Fallon Adorably Freaks Out After He and His Daughter Win a Prize from a Claw Machine

Fallon, 44, has already released two best-selling pictures books, Your Baby’s First Word Will Be Dada in 2015, and Everything Is Mama, published in 2017.

Flash Cards are also available for both titles, which gives the children opportunities to study and remember the animals and their sounds from the books.

In April, the talk-show host revealed to PEOPLE that his third children’s book, This Is Baby, will be released by Feiwel & Friends on Oct. 8, 2019.

“I was gonna write a book called There’s Nothing Worse Than Installing a Car Seat, but this was a much cuter topic,” Fallon told PEOPLE in a statement about the book, which will introduce little ones to the human body and first words.

The four-time Emmy winner and his wife, Nancy Juvonen, are parents to daughters Winnie Rose, 6, and Frances Cole, 5, who inspired Fallon’s first two bestselling kids’ books: Your Baby’s First Word Will Be DADA and Everything Is Mama.

“This is Jimmy’s third book and we are so excited,” said Jean Feiwel, publisher of Feiwel & Friends. “It’s about a baby naming parts of their body. This is fun, this is clever, This Is Baby.”

All six MAMA and DADA puzzles and flash cards are available now from Mudpuppy and can be purchased at independent toy stores, speciality retail stores and online.