Over the weekend, Will Ferrell and Rachel McAdams’ Eurovision Song Contest: The Story of Fire Saga hit Netflix. And now former Eurovision contestants from Bucks Fizz to Scooch have taken part in a hilarious watch-along. The highlights see the stars singing along and discussing the Eurovision movie together virtually.

Bucks Fizz, now known as The Fizz, were particularly taken by the moment Will Ferrell’s Lars was seen stuffing socks into underwear.

Mike Nolan said: “I enhanced myself like that every night when I go on stage.

While adding of the Iceland contestants: “Those two have to win it.

“If they don’t then Eurovision is fixed…[smiles]” 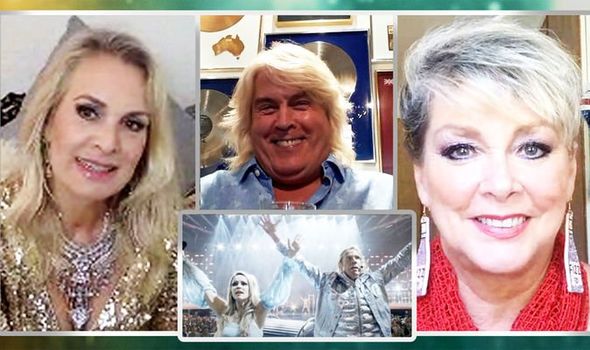 On the night Bucks Fizz won the 1981 Eurovision Song Contest with Making Your Mind Up, Cheryl Baker said: “We had the police escorting us didn’t we?”

Conchita Wurst was also watching, praising Will Ferrell’s stage outfit, saying: “I love his look so much, I would wear that.”

“Everyone wants to see this! Can we watch it again…?