On Monday’s edition of This Morning, the reported plans to have those over 50 to shield in order to prevent a second spike of coronavirus cases was a hot topic. Reports emerged over the weekend that Prime Minister Boris Johnson was considering plans to keep those aged 50 and above indoors and shielding from the virus as to avoid a nationwide lockdown. However, not everyone on the ITV panel was onboard with the plans, prompting a fiery difference in opinion between journalist Esther Rantzen, 80, and actor Christopher Biggins, 71.

Both Esther and Christopher would fall into the vulnerable bracket should the reported plans come into action.

As a result, the two would be asked to stay indoors and shield in efforts to prevent another outbreak.

However, actor Christopher was sternly against the plans, describing it as a “death sentence” to those in the age bracket who would be unable to socialise and stay in contact with others.

Esther, on the other hand, stood by the proposals, slamming claims they are “ageist”. 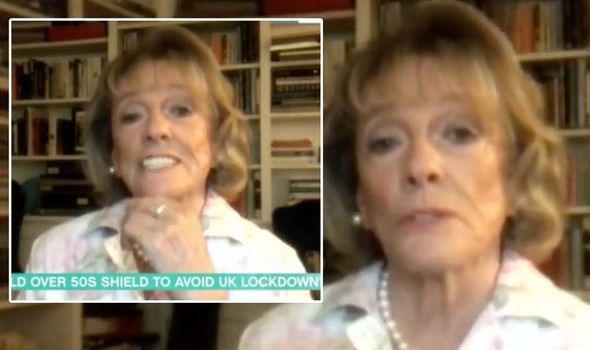 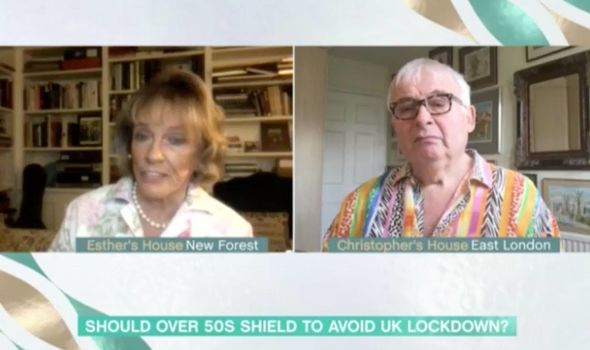 Appearing via video link with Ruth, Eamonn and fellow guest Matthew Wright, Esther began: “I think we have to be realistic about the extra risk we oldies run.

“The fact is that four out of five people who have died because of this horrible illness are over 65.”

Matthew could be seen nodding in agreement with Esther before weighing in: “That’s true.” 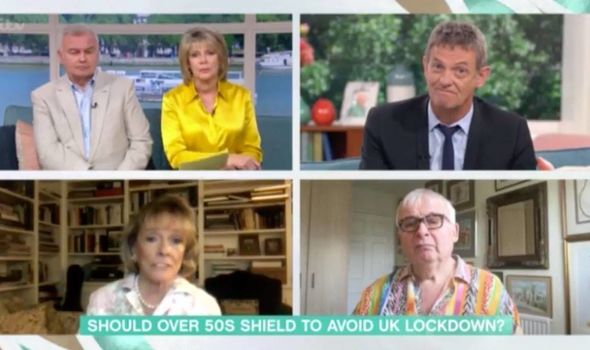 “If they have an underlying health issue like my daughter has, she has ME and I ask her to shield and she asks me, aged 80, to shield myself.”

The 80-year-old then began to argue how the world would look if rules for “the oldies” weren’t in place, claiming it would cause more suffering.

She said: “If the nation took a different view, if they said ‘right you oldies, you’ve had a perfectly good life,

“‘Go out and about, have a good time, don’t bother wearing a mask, meet anyone you like, if you pop your clogs, you’re not use to use anyway, we don’t mind.’

“Actually, the nation would suffer. We are a tremendous resource of skills and wisdom, we do so much in the voluntary sector,

“We are valuable and I think it’s a measure of the nation’s value of us that they ask us to shield.”