Escape To The Country: Alistair jokes with house hunters

A couple from Worcestershire had requested the help of Alistair Appleton to help them find their dream home in Fowey, Cornwall. With a budget of £650,000, Susie and Ian were “making plans for their retirement” and hoped for a “standalone property” in a rural spot, so they could “enjoy a stunning view”.  As for the other requirements on their wish list; the house needed a minimum of three bedrooms with open-plan living downstairs, an annexe would have also been a nice addition for them to “boost their income” when they do retire. In an extended version of the show, the presenter showed the couple around three properties and a Mystery House but it was the first and fourth which left them feeling speechless, so much so, Alistair suggested they “cancel the show”.

Property number one was on the edge of the moorland village of Darite and Susie and Ian were blown away by the exterior.

“I don’t have to say anything!” The presenter remarked and Susie continued: “It’s heaven sent, I can’t believe, I just love it. You have not disappointed.”

“So this is a stunning property, amazing gardens, lots of wonderful history,” Alistair explained. “Right on the edge of Bodmin Moor.”

“It just looks the perfect, perfect place,” Susie as and Alistair asked: “Ian, are you in as…?”

And he replied: “Yes. Yes. I can’t wait to see the views from the windows.” 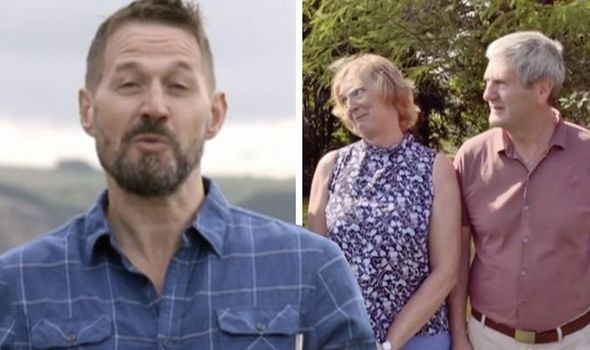 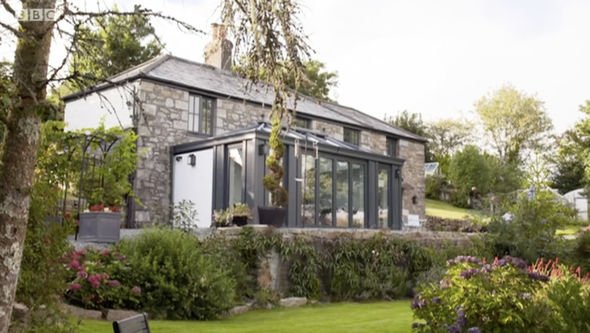 “Shall we cancel the rest of the show? Shall we just -” Alistair joked and Susie jumped in: “No, no, no!”

Eventually, the couple were led inside the house which was a granite, former quarryman’s cottage which dated back to 1810.

Inside was a “real farmhouse kitchen” with an “amazing Cornish slate floor” and off it was a utility room.

There was also a formal dining room and a cloakroom, as well a large modern conservatory which was being used as a sitting room.

Tucked away from the sunroom was a “characterful snug” with a log burner.

Upstairs provided four bedrooms and the master bedroom had an ensuite with a shower.

Outside was an acre of terraced gardens and at the bottom was a stone barn which Alistair thought could be the couple’s holiday let if they converted it.

As for how much the property was on the market for, the presenter revealed it was priced at £625,000.

The search continued in the village of St Neot – “one of Bodmin Moor’s prettiest villages”. 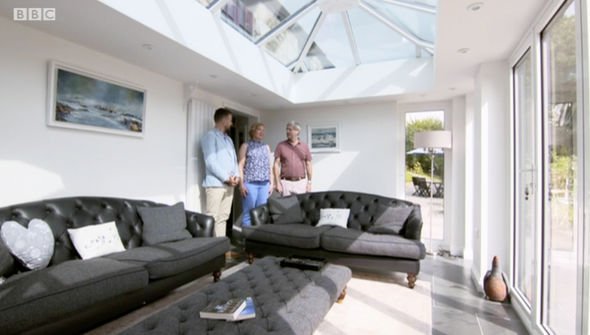 “Very pretty,” Susie commented as she approached the second property. “I like the little balcony. I love all the greenery.”

“It’s what you would expect from a Cornish house,” Ian added.

“You’re not bouncing around quite like the first one,” the presenter said and Susie argued: “That’s because I’ve seen the first one! It’s going to be a hard act to follow.”

The reason why Alistair had chosen this property was because of the “substantial” holiday let.

“You don’t have to do any decorating because this is up and running and it brings the present owners something like £14,000 a year and has 75 percent occupancy,” Alistair revealed.

As for the cottage, Susie commented on the “low” beams but liked the “practical flooring”.

There was a cosy living room with an open fire, a small study and a second reception room which was split into part sitting part dining room which led into the kitchen. 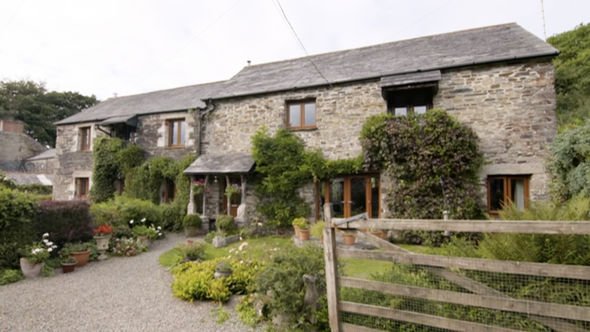 Upstairs there were four bedrooms – two of which had Juliette balconies.

When asked whether they were “warming” to the property, Ian answered: “I like the size of it, but it’s not reaching out to me a the moment, the house.”

“Well this is pretty much all the house I’ve got to show you, so unless the garden is going to grab you by the ankles…” the presenter remarked and led them outside to see it.

There was a garden room, stream and an allotment across the other side of the road which stretched to an orchard which they could also own all for £650,000.

Alistair then took the couple to the quiet hamlet of Rosenannon, which was just a 20-minute drive from the north and south coast.

“What’s great about this property is it’s a bit more compact, it doesn’t have the elevated views but it’s got some hidden extras,” the presenter said. “One of which is this big, two-story barn ready for conversion.

“So this is something where you have to put your mark on it; what I love about this property is it has great bones. But it is a cottage.” 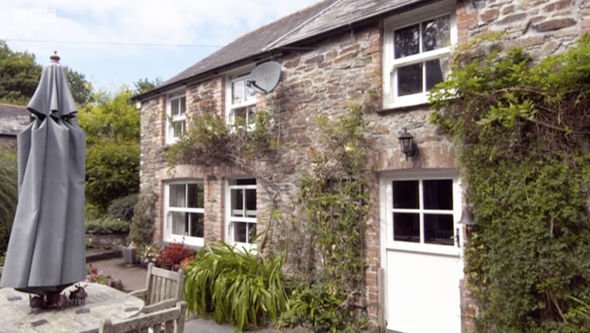 The simple layout inside was used to maximum effect; there was a kitchen-diner, a utility room and a downstairs bathroom.

The sitting room was a later addition to the cottage and had higher ceilings, and there was a study that could be converted into a fourth bedroom while upstairs there were three bedrooms.

Outside, right next door to the immediate cottage garden was a field for Susie’s flower enterprise – a field of sunflowers.

“This is the property with the most land that we’re going to show you,” Alistair said. “This is a clear acre and a bit more with this huge paddock, beautiful views, and the polytunnel garden before the cottage garden.”

As for how much the property was on the market for, Alistair said it was worth £535,000 with would give them plenty of money to “do up the barn”.

As for the Mystery House, it was located in Liskeard and was a “manor house” which offered the couple the views they wanted.

“This is a super grand property, lots of history and probably the oldest property we’ve shown you as it goes back to the 1600s in its core,” the presenter explained. 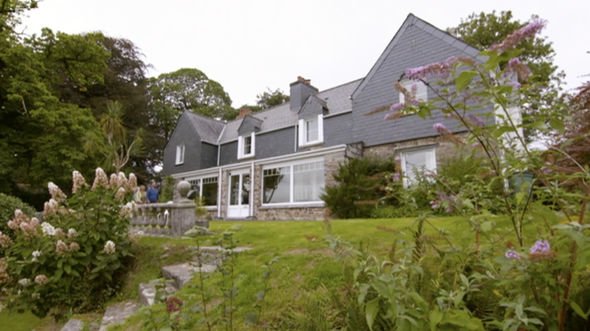 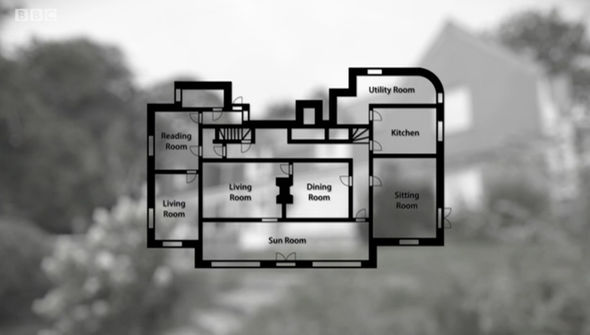 “What’s interesting about this property is it has immense potential for holiday lets because it might be a bit big for the two of you but as you will see you can split it in two and share the manor house with paying guests.”

“It’s a lot to take in,” Ian commented and his wife added: “You’ve really thrown us a curveball.”

Should they convert one side of the property into two holiday let flats, they would have three bedrooms for themselves on the other side of the house.

“I am in love with it!” Susie said. “It is the same feeling as house number one.” But Ian just felt “stressed”.

“I can see us living here,” he explained. “Just making the odd tweak here and there, I can see the potential in it.”

Outside there was about an acre with an old tennis court converted back to a lawn.

Escape to the Country returns tomorrow at 3pm on BBC One.