Sonali’s search led the Escape to the Country team to North West Wales, with Jo and Paul looking to settle somewhere that was near the coast but also boosted the countryside aesthetic. The couple also wanted to find somewhere they could live but also offer holiday lets on the same premises, as well as having lots of land to work on. The presenter of the BBC property show thought she’d hit the nail on the head with the mystery house but when Paul discovered what the establishment really was, the host had to remind him of the task at hand.

“Welcome to the mystery house,” Sonali said as she welcomed the pair to the entrance of the property but swiftly followed up by adding: “Or should I say hotel.”

“It looks impressive,” he went on to say but the host jumped in as she warned him: “Yeah, but it’s not for you to enjoy.”

Putting the couple’s mind back on the focus of their missing and reminding them they wouldn’t be holidaying there, the host said: “Would you like to run [the hotel]?

“You said you wanted a new business. Well, an opportunity has come up to perhaps run this restaurant with rooms.” 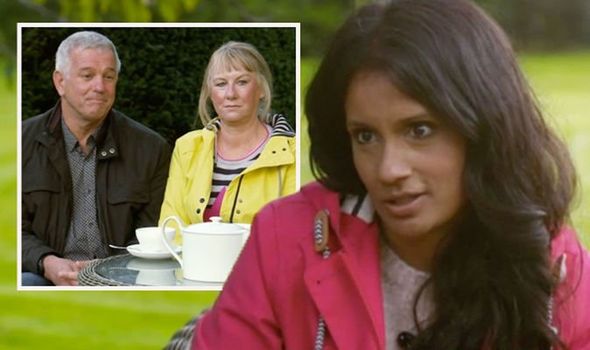 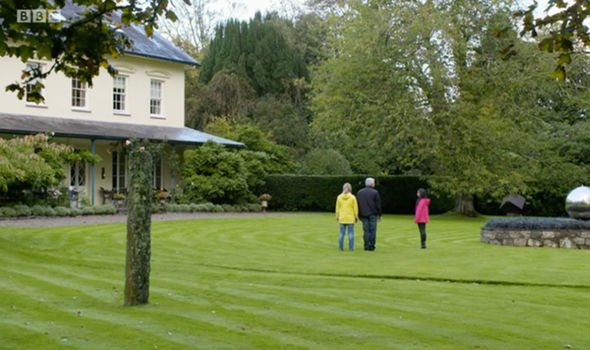 “Well, we hadn’t thought of that, had we,” Jo said, with her husband telling Sonali she’d thrown them a “curveball” with the mystery house.

The presenter then directed the pair into the property to have a look at what it had to offer within its walls.

“I have a business plan for you,” the host remarked but did realise the couple might feel uncertain about living under the same roof as their customers.

Though she did explain that the house hunters had a few options to choose from, including turning the top level of the hotel – which was three separate bedrooms – into their living quarters.

Another option would be them living in the two-bedroom annexe in the courtyard of the establishment, taking themselves out of the main property completely. 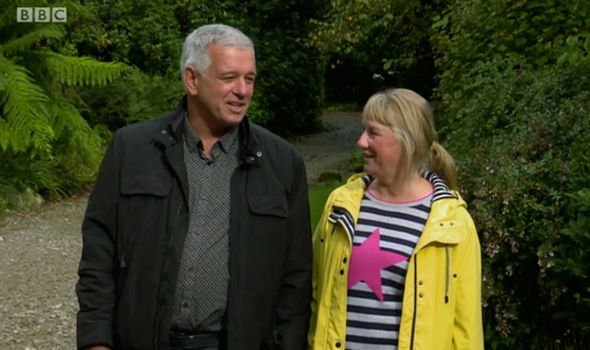 But it’s not for you to enjoy

Paul explained to Sonali it was more desirable if they didn’t have to live in the same building as their customers so the annexe would be a better option.

Having completed the viewing, the couple were under the same consensus that the property the presenter had shown them was stunning.

The host asked both the guests to offer up a value they thought the hotel would cost, with Paul putting his innings on £1.2 million.

Jo said she thought it would be £1.3 million but the presenter explained it was right in-between their guesses at £1.25 million.

“That’s a very good price for what you’re getting,” Jo replied with her husband agreeing it’s rare to get business, land and property all in one.

DON’T MISS…
Escape to the Country’s Alistair Appleton ‘felt like a fraud’ on show [COMMENT]
Is Escape To The Country still being made? [ANALYSIS]
Best place for property for sale: Britons exodus to certain part of UK [ANALYSIS] 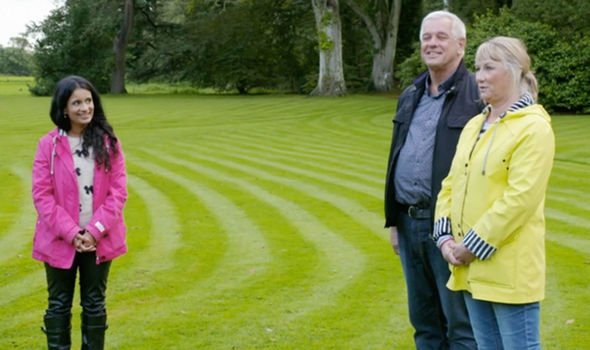 The presenter went on to explain how the couple could still put in an offer they thought was fair for the Grade Two listed Georgian building.

Towards the end of the programme, Sonali sat down with the pair and asked them if the mystery home would be in the running.

“I know the mystery was quite a shock. I just thought it was a gorgeous property and we shouldn’t not see and it is quite an opportunity,” the host said.

“Is it still realistically in the picture or is it a bit too much?” she went on to ask with Jo replying: “It’s out of our expertise, really.”

Paul added: “The business is obviously a strong business, the house is outstanding and the grounds are beautiful.”

“As beautiful as it is, it’s not going to be our dream location,” Paul told the presenter, with Jo adding a little more detail to the explanation.

“As Paul mentioned before, he’s looking at semi-retirement, to which Sonali replied: “That would be right back in the thick of it.”

“I still think it is quite a lot of hard work,” Paul explained, leading the host to ask if they would look at property number one or two again.

Property number one would’ve allowed the couple to have their own house and let out two-holiday cottages on the site for £1 million.

Property number two, which was on the market for £800,000 needed a little more work done to it as it was in developmental stages.

Paul told Sonali: “House number one did blow me away and I thought it was a fantastic location and one I would certainly like to go back and have a second look at.”

“It had everything,” Jo added, with her husband explaining to the host she had “opened their eyes” to what they could potentially purchase.

The couple agreed to see property number one again but also wanted to see what the rest of North West Wales had to offer.

Therefore no sale was made by the end of the episode and Sonali wished them every luck for the future.

Escape to the Country airs weekdays at 3pm on BBC One.