Emmerdale’s Robert Sugden (played by Ryan Hawley) has not been seen on screen since October when he surreptitiously ended his relationship with Aaron Dingle (Danny Miller) during a prison visit. But next week, he makes a comeback and while it’s good news for Victoria Sugden (Isabel Hodgins), it’s not for his husband who is pining after him.

Emmerdale fans were distraught when Ryan Hawley, the actor who plays Robert announced he was leaving the show and his character behind to pursue other opportunities.

During the summer, viewers tuned in to see him attack Lee Posner (Kris Mochrie) for raping his sister Victoria and then tormenting her and her unborn child.

Comatose and unresponsive, Lee then suffered a bleed on his brain and subsequently died, meaning Robert had committed manslaughter.

Arrested and dragged in front of a court, Robert was sentenced to life imprisonment and after trying to flee the village with husband Aaron, he was caught by the police. 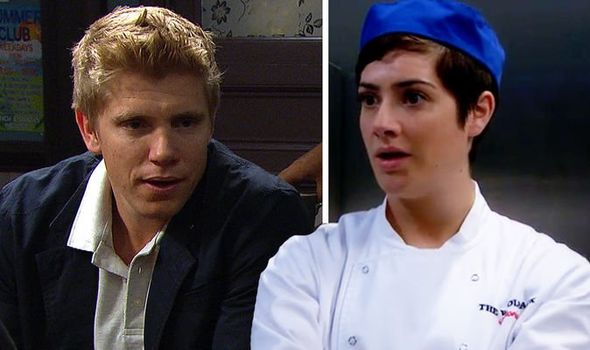 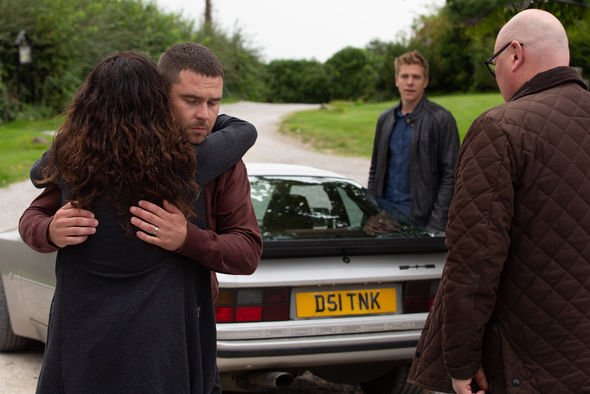 In heartbreaking scenes he said goodbye to Aaron in prison and has since cut off his whole family from contacting him, and requested to be moved to another prison.

But in upcoming scenes, Robert is going to make a comeback of sorts, when he contacts his sister through the medium of a handwritten letter.

ITV released a preview from one of Thursday 19 December’s episodes, and Victoria is seen sharing the letter and its contents with Aaron’s mum, Chas Dingle (Lucy Pargeter) and sister, Liv Flaherty (Isobel Steele).

“And this came yesterday? Out of the blue?” Chas asked the Woolpack chef. 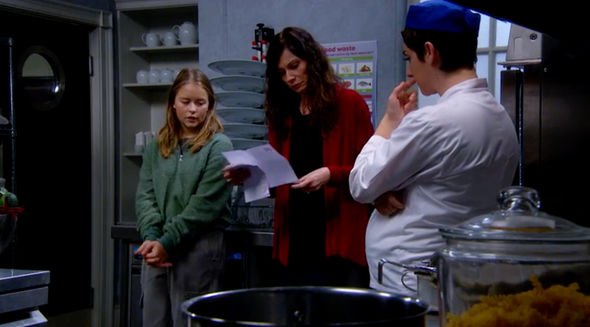 “It was the last thing I was expecting, brilliant surprise though,” Victoria said and then asked Liv: “Please tell me Aaron got one today?”

“Not yet,” she revealed.

Making excuses for her brother, Victoria replied: “Maybe it got caught up in the Christmas post or something…”

Unable to wait any longer, Chas asked: “Well, let’s have a look then!” 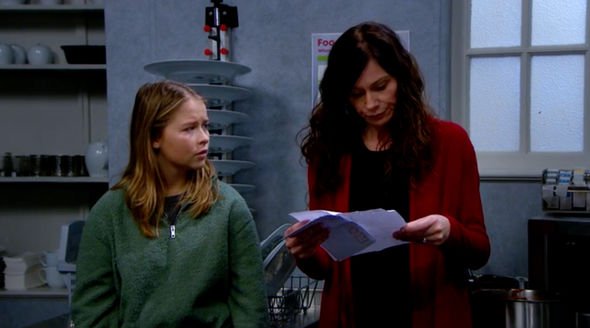 “No but, fingers crossed he’ll phone me next and then I’m going to push for one. I don’t care what he says, I can’t let him do this on his own,” Victoria explained.

“It says he hates everything about the place but he’s keeping his head down and doing alright,” Chas read before adding: “That he’s sorry he’s done what he’s done, but it’s the only way he thinks he can get through it.”

Worried, Liv asked: “Nothing about Aaron?”

“No not a word,” Chas said cautiously.

“Which is why I’m hoping he’s going to get one of his own,” Victoria suggested but Liv remarked: “Or not get one at all.”

It comes after a scene which aired during last night’s episode and saw Aaron smash up Wendy Posner’s (Susan Cookson) cottage.

Luke Posner (Max Parker) tried to calm him down, but some viewers are wondering whether the anger Aaron has will turn into passion.