EMMERDALE's Priya Sharma struggles to keep a brave face as her eating disorder impairs her healing.

The wedding planner, played by Fiona Wade in the ITV soap, is still recovering from third degree burns. 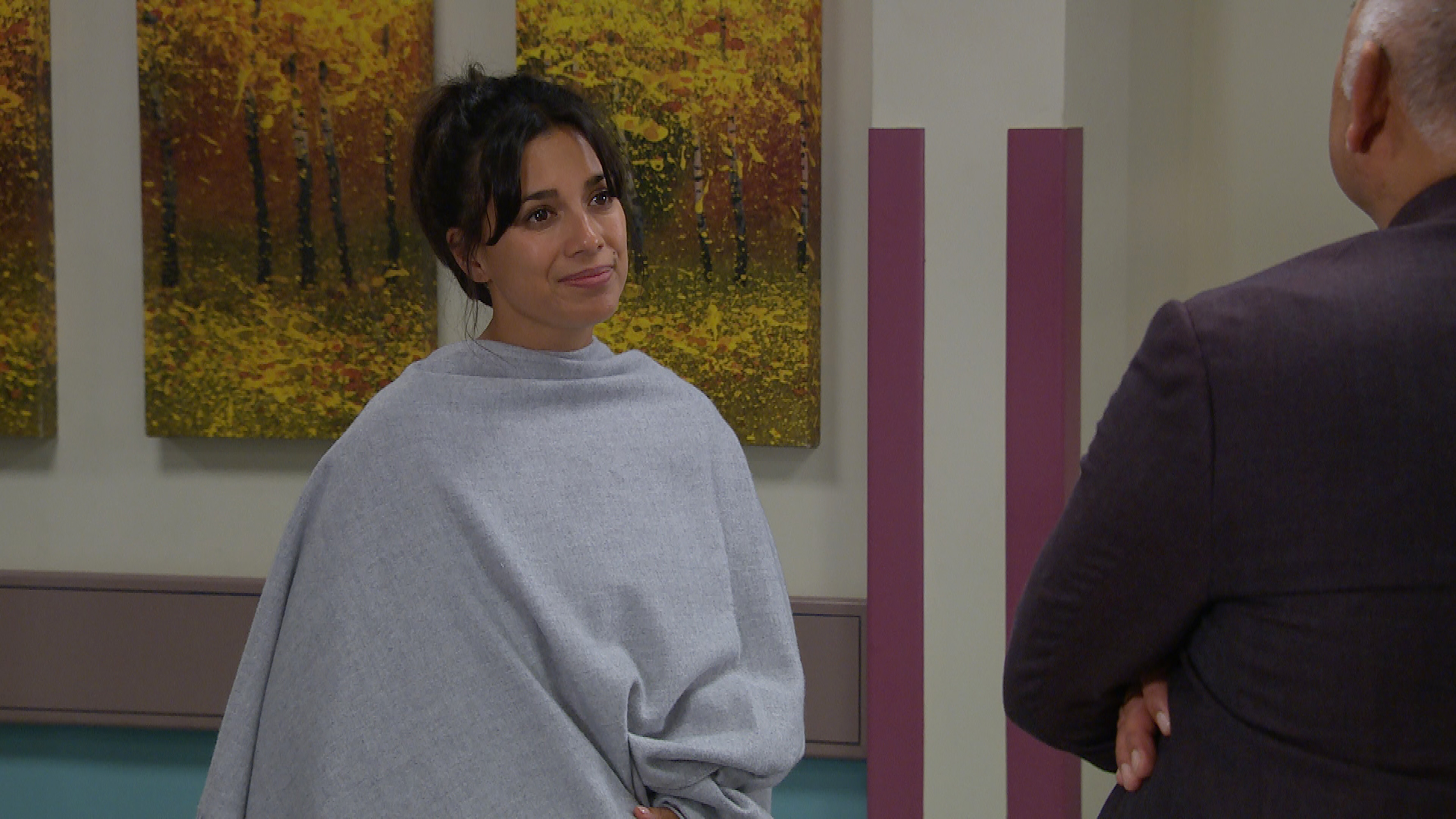 Priya was left heavily burned after being trapped in the maze fire.

Although she survived, she has had to undergo several painful skin grafts as a result of her injuries and has struggled to cope ever since.

While the first attempt at a skin graft failed, a second more successful operation left her in agony.

Priya was recently left embarrassed during her mother Rishi's (Baskher Patel) pre-Christmas get together, when confronted to a glamorous-looking Leyla Cavanagh (Roxy Shahidi).

But this week, Priya's pain worsens as her struggles with food and eating are slowing down her healing.

Desperate to stop her many hospital visits, Priya lies during an appointment, claiming her skin grafts are improving.

Aware that her eating disorder is preventing her relief from her burns, she decides to keep her pain a secret.

When questioned about why her burns are not healing by Rishi, Priya sinks further in secrecy, refusing to ask for help.

Anxiety gets the best of her as Priya makes an excuse to get out of attending a carol concert with Amba.

Saddened to let her daughter down, Priya has a change of heart and makes her way to the village hall to attend the rest of Amba's concert.

Priya's anxieties about her body quickly catch up with her when Rishi is called to act as an emergency Santa.

Overwhelmed and panicked, Priya steps away from the crowd, leaving her daughter behind.