Emmerdale resident Cain Dingle (played by Jeff Hordley) set his sights on uncovering evidence which would lead Jamie Tate’s (Alexander Lincoln) responsibility in Moira Barton’s (Natalie J Robb) hit-and-run to come to light. The estranged husband and wife duo broke into Home Farm tonight as the family continued to worry about Belle Dingle’s (Eden Taylor-Draper) deteriorating mental health. But, could Cain or Moira have managed to work out a sneaky way to secure Belle’s freedom after ITV fans spotted a clue this evening?

Belle has been struggling in recent episodes after her boyfriend Jamie put her in the frame for Moira’s injuries.

It came after his wife Andrea Tate (Anna Nightingale) caved and gave Jamie a much-needed alibi.

This evening, Cain and Moira teamed up and broke into Jamie’s home to try and find some evidence.

Jamie left his phone on the table in plain sight and headed upstairs, leading Cain to quickly check the device. 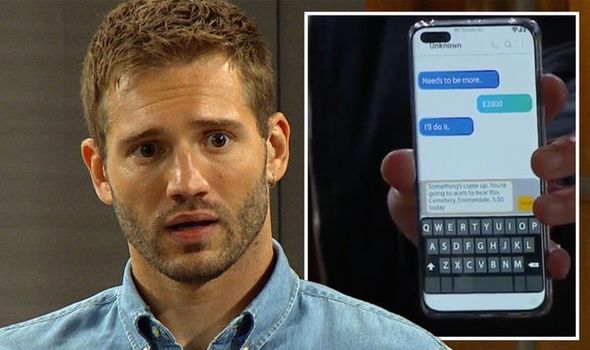 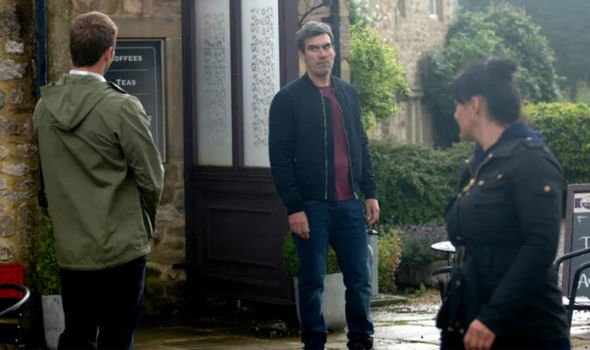 Cain then made a huge discovery when snooping through Jamie’s text messages.

Jamie was negotiating with someone who had clearly witnessed the crash as he remained concerned his actions would be exposed.

The couple narrowly managed to avoid being caught by Jamie on their quest this evening. 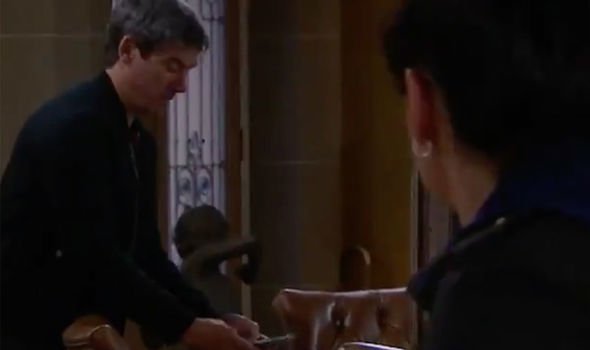 But some fans are wondering why the pair didn’t take the vital piece of evidence from Home Farm.

One shared: “Why the hell didn’t Cain just take Jamie’s phone? Missed a trick there #Emmerdale.”

“That was a lucky escape for Cain and Moira just now. I hope they have found some critical evidence to get one step ahead of Jamie #Emmerdale,” added a third.

A fourth commented: “Wouldn’t put it past Jamie knowing Cain was there and that’s why he left his phone and changed the destination. He’s always slimy like his mother. #Emmerdale.”

Is it possible Cain sent the evidence to himself in order to gather proof of Jamie’s wrongdoings?

With Cain and Moira trying to be one step ahead of the criminal, it’s possible they may have conjured up some quick-thinking not seen by viewers.

Perhaps, one of them had the sense to take Jamie’s phone or take other unseen action in order to secure his conviction?

Tomorrow night’s episode will see things go from bad to worse for the Dingle family.

As the clan struggle to bring down Jamie, it’s Nate who will decide to take the blame in order to put an end to Belle’s ordeal.

With Cain by his side, he heads to the police station and goes to take the rap for his beloved relative.

But, could the mystery witness unveiled by Cain and Moira pull through in time and stop Nate from having to admit to a crime he didn’t commit?