Emmerdale couple Mackenzie (played by Lawrence Robb) and Charity Dingle (Emma Atkins) have had a rough time of late, especially after they lost their baby. ITV viewers have watched the pub owner pushing her love away, and in scenes that aired last week, things came to a head when Mack slept with someone else.

Ever since the dramatic scenes unfolded, fans have come up with their own theories about who the mystery person was.

Belle Dingle’s (Eden Taylor-Draper) name has been thrown into the mix after she was the last person to see Mack before he went off and cheated on Charity.

Others seem to think that Aaron Dingle (Danny Miller) was the mystery person because Mack didn’t mention the pronouns with who he slept.

It is also known that Aaron will be making a return to the soap for its 50th anniversary, so this could be how the Dingle makes his dramatic comeback. 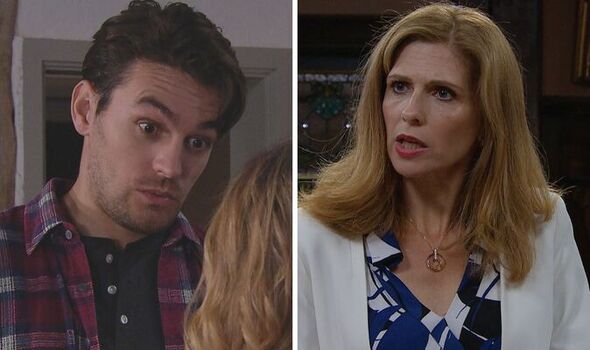 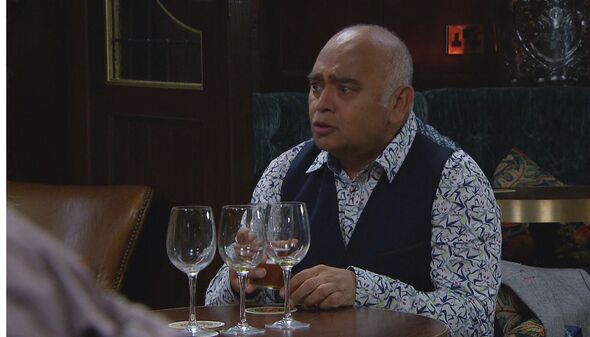 Although, another name rumoured to have spent the night with Mack is Bernice (Samantha Giles).

Fans seem to think the redhead is Mack’s mystery woman, and many took to social media to share their theories.

Ashley Grace wrote: “We are trying to decide whether it’s Bernice or Chloe that’s slept with Mack.”

Doreen Morfitt said: “Bernice on heat again – hang on, do we have a new contender for the mystery woman?” 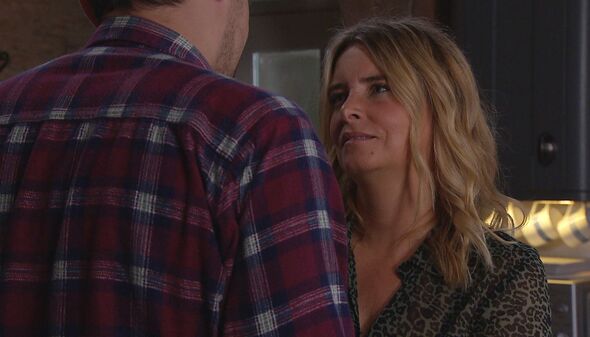 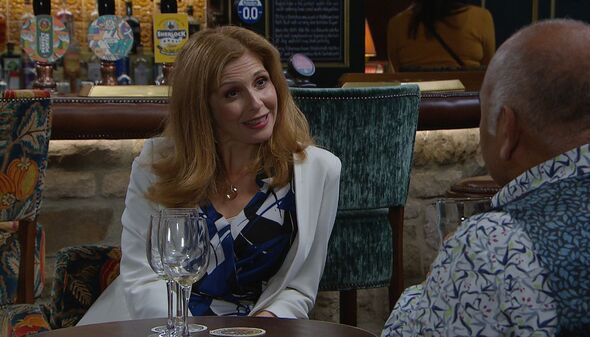 While user @teamnatalierobb wrote: “Mack in bed with ….Bernice?”

“Don’t think that was a ‘random’, as they would’ve shown their face…My money’s on Chloe, Bernice or Zack,” user @spartacus2906 predicted.

Pam said: “Who was silly enough to fall for Mack’s charms…my money’s on Bernice.” (sic)

In upcoming scenes, poor Bernice could end up getting herself stuck in a love triangle after she plans to go on a date with newly-single Rishi Sharma (Bhasker Patel).

The duo are drawn to each other after admitting they are lonely.

Rishi and Bernice agree to have lunch together, although, Rishi ends up bailing on their date which doesn’t go down well with Bernice.

Rishi fears Bernice is too intense for him and she’s mortified when she finds out.

The next day, Bernice confronts Rishi over ditching her at lunch, but how will he react?

Will Bernice be able to persuade him to go on a date?

If the villagers end up dating, things could come to a head if Bernice did sleep with Mack.

Mack said the mystery person wouldn’t say anything, but Bernice has a habit of letting secrets slip.

And if she ends up telling someone, then Bernice could have a love triangle on her hands.