Emmerdale: Go behind the scenes in the village

Sam Dingle (played by James Hooton) was left heartbroken when his wife Alice Dingle (Ursula Holden-Gill) died following a battle with terminal cancer on Emmerdale. She died soon after their son Samson Dingle (Sam Hall) was born when her husband helped her take an overdose of morphine. ITV soap spoilers have revealed Sam is set to be left feeling uneasy when he places fresh flowers on her grave.

He took her under his wing and that is when she was introduced to her future husband Sam.

They later left Yorkshire to start a new life in Norfolk but Sam returned under mysterious circumstances alone followed by Alice who was carrying his baby.

The couple later received the devastating news Alice had cancer. 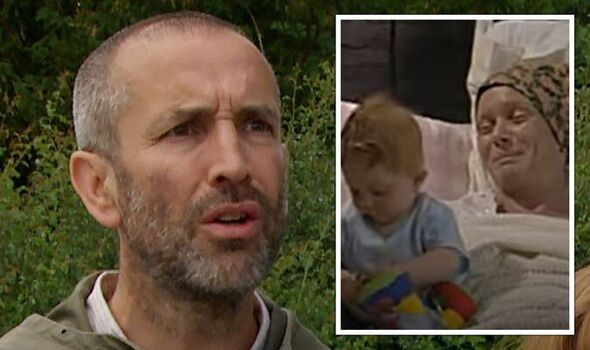 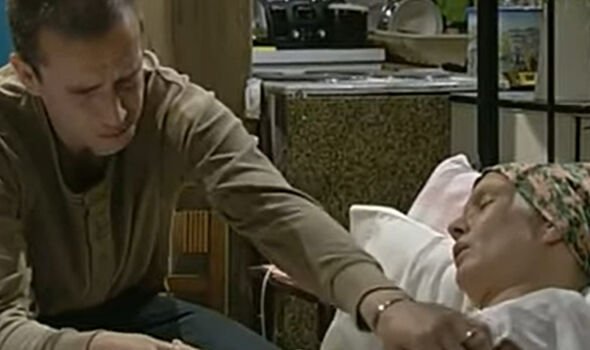 She was advised to terminate her pregnancy, but she refused to do so.

Alice gave birth to their son Samson via caesarean section so she could start cancer treatment.

Alice and Sam later tied the knot after discovering her cancer was sadly terminal.

It wasn’t long before Alice was too weak to hold her son and her husband later gave her a fatal overdose of morphine. 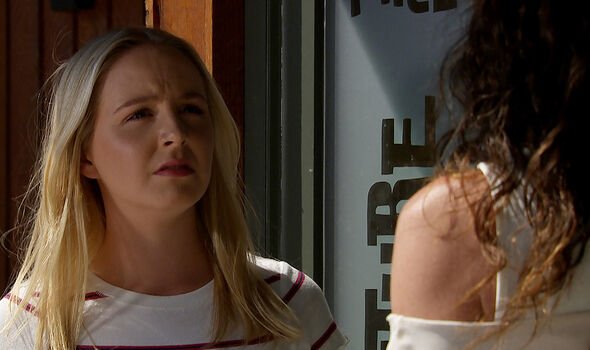 The police soon got involved as they questioned Alice’s death but the entire Dingle family took the blame to protect Sam when a murder investigation was opened.

Cain Dingle (Jeff Hordley) told Sam to describe his wife’s death in as much detail as possible so the police would not suspect he was responsible.

Sam slowly managed to move on with his life as the years passed but Samson still has no idea his dad gave his mother morphine.

In upcoming scenes on the serial drama, Sam visits Alice’s grave with his current wife Lydia Dingle (Karen Blick) who watches from a respectful distance.

He stands there in deep thought about her demise as Lydia looks on.

However, he is suddenly snapped out of his thoughts when he and Lydia hear shouting in the distance.

Could Sam’s past be coming back to haunt him?

Does someone know he was responsible for Alice’s death? Could they be following him?

Emmerdale producer Jane Hudson told Express.co.uk and other media a storyline involving Sam could unfold in the coming months.

Jane teased: “There is a story which involves Sam, Nate [Robinson] and Belle, and it’s a story only Emmerdale can do and that is going to dominate quite a lot of the 50th anniversary as well.”

Will Sam be arrested for his involvement in Alice’s death after all this time?

Emmerdale airs on weeknights at 7.30pm on ITV.