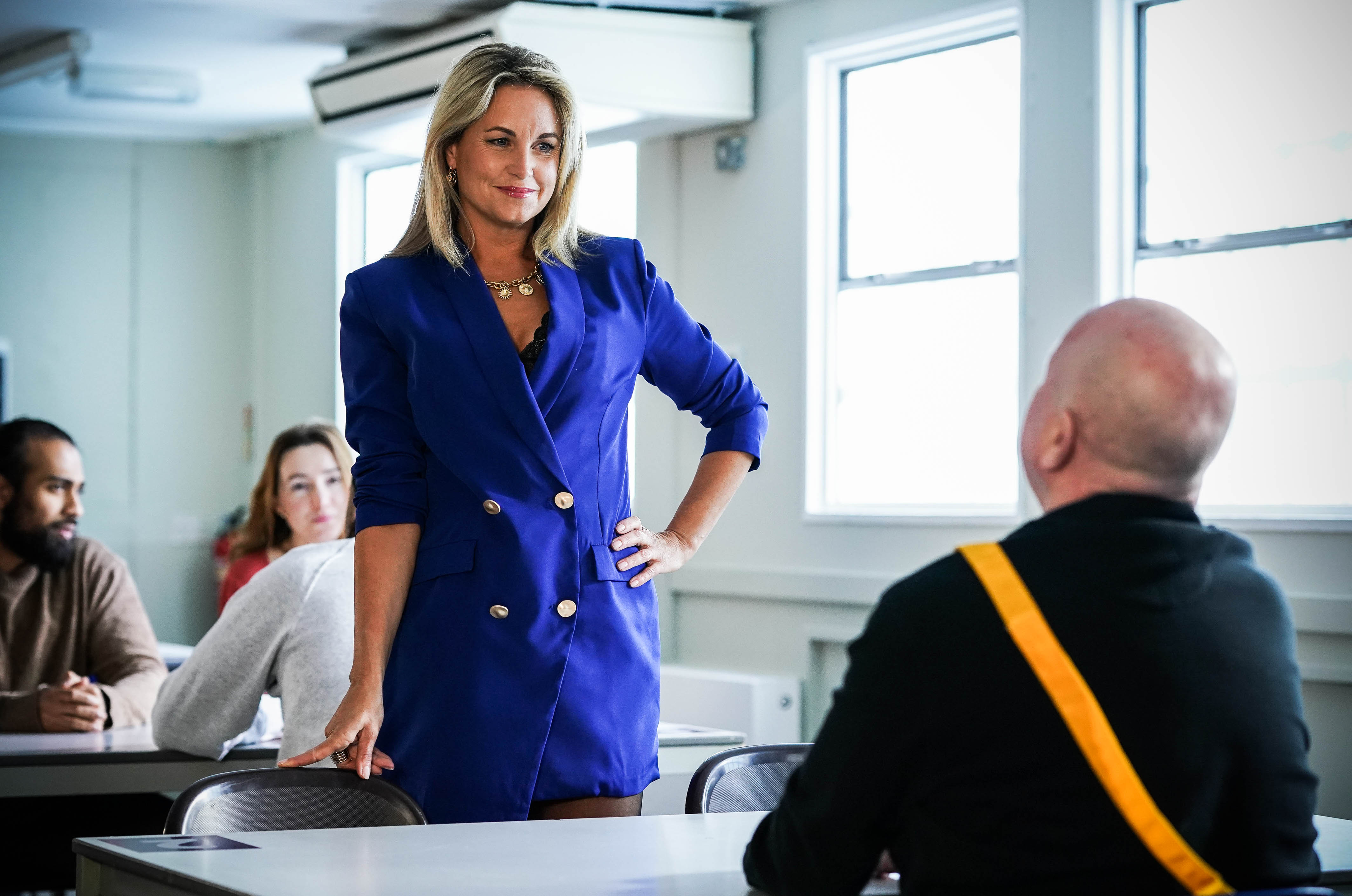 This is the moment that sees Sam Mitchell (Kim Medcalf) reunited with imprisoned brother Phil (Steve McFadden) in the wake of his call for help in last week’s EastEnders.

It has been well publicised that Sam is heading back, with the role taken back by Kim and it didn’t take a genius to figure out that the call he made last week was to his sister.

Phil had agreed to DI Keeble that he would indeed become a grass for the police in exchange for a lowered sentence – or so it seemed.

As Sam visits the prison visiting room and she and Phil catch up, it seems that he has something he needs her to do.

Monday’s episode sees Sam’s prison scenes with Phil and before long, she is then back in Walford, catching up with old friends and foes.

Not all of the reunions are amicable as she starts to take the reins of the family business in Phil’s absence.

Naturally, this puts some noses out of joint with Ben (Max Bowden) feeling his nose put out of joint and Sharon (Letitia Dean) soon exchanges angry words – and chucked glasses of wine – with Sam.

It also remains to be seen how Phil’s partner Kat Slater (Jessie Wallace) will respond to Sam carrying out Phil’s requests.

But is there even more to Sam’s return than meets the eye? Just what kind of mission has Phil set her on?

Is it the case that he doesn’t trust the family members back in Walford?

Actress Kim teased: ‘She is back on the Square for a reason. Let’s just say she’s got work to do, being Sam Mitchell there’s obviously going to be a lot of trouble.

‘Trouble follows her in her wake. She’s going to cause lots of drama in typical Sam Mitchell style and she’s also going to upset a few people.

‘Let’s just say her return isn’t going to go down well with most people. I really can’t wait for the viewers to see it all.

‘I don’t think the word plain sailing and Sam go in the same sentence at all. She wants to be respected, but she doesn’t quite achieve it.

‘She is desperate for people to look at her in the way they look at Phil and Peggy and so that’s what she’s gunning for.

‘There will be a lot of feistiness, and we will see how Sam deals with these issues.’

EastEnders airs the first return scenes for Kim as Sam on Monday April 18 at 7:30pm on BBC One.