EastEnders is set to welcome back the one and only Stacey Slater (played by Lacey Turner) next week but ahead of her return, fans have already started to piece together the drama that’s about to unfold between her and so-called best bud Ruby Allen (Louisa Lytton). While Stacey has been away, the club owner has cosied up to her friend’s estranged hubby Martin Fowler (James Bye) but it looks like their honeymoon phase is about to come to a very abrupt end in the usual dramatic fashion.

Since the BBC soap returned last week, Ruby has found herself in a sticky situation after someone stole her identity and is bleeding her bank accounts dry.

It’s taken quite the toll on the businesswoman, who has bene unable to stop transactions from her banks account which is costing her a lot of money.

So far, the mystery thief has been kept under wraps, but fans already have an idea of who’s behind it.

And some of them don’t blame her. 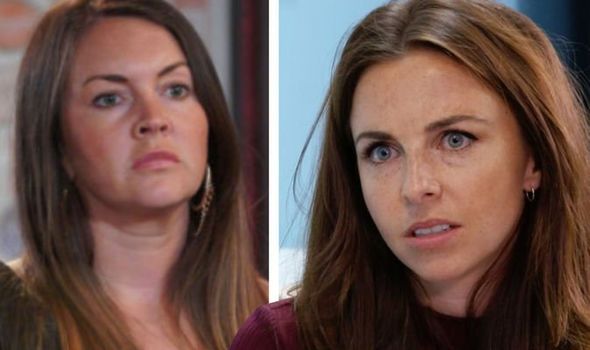 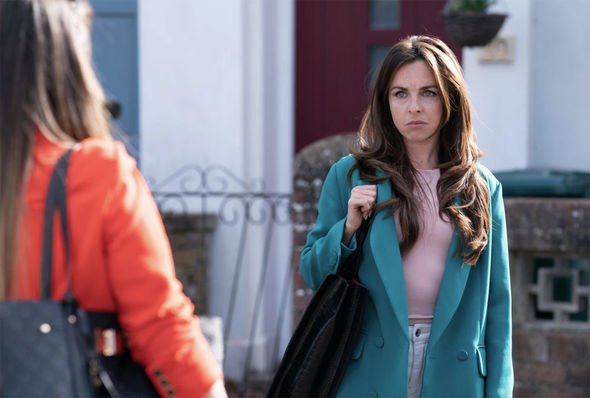 Taking to Twitter, they shared their thoughts on how Stacey could be targeting Ruby as payback for shacking up with Martin.

A third viewer tweeted: “#Eastenders not just me assuming Stacey will be behind Ruby losing all her money – she is a Slater after all there’s no way she’ll let Ruby take her man without revenge.” 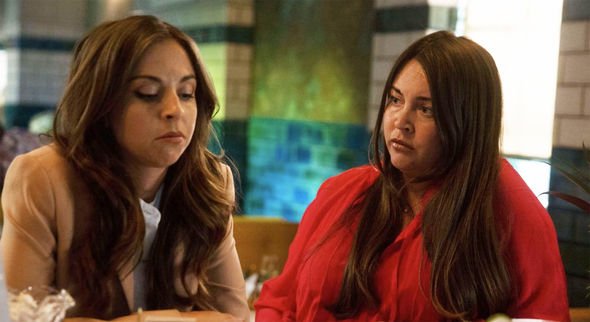 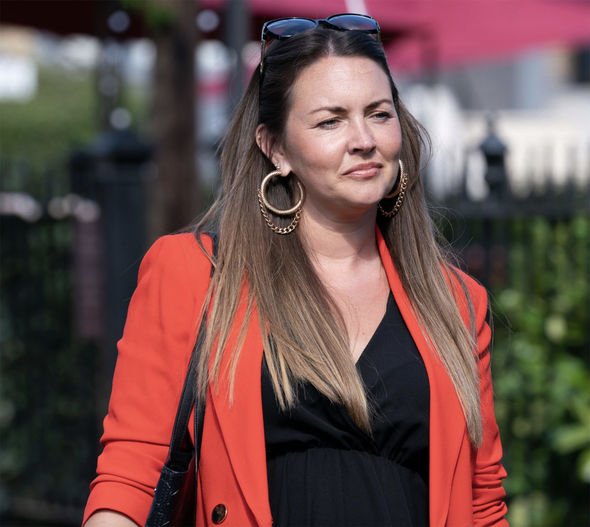 Fans have been waiting for Eastenders to announce Stacey’s big comeback and now couldn’t be a better time to reintroduce the iconic Slater back to Walford.

Where Stacey goes, drama follows – but in this case, she brings a storm to Albert Square.

Speaking to Inside Soap about the upcoming drama between the two pals, Lacey Turner who plays the long-running resident, teased what’s to come.

“Stacey just feels angry towards Ruby – that’s supposed to be her best friend!” she said.

“And she’s really sad about her and Martin. In her heart of hearts she does still love him, so I think it’s quite hard for her to watch them together.”

But she admits in true Stacey style, their showdown is not going to be a pretty, as she really lets Ruby know how much she’s hurt her.

And what better way than stealing her money?

“She will just put on a front and pretend she doesn’t care. She’s a feisty one! Stacey’s back – and she’s back with a bit of fire in her…” she teased.

The actress also told Digital Spy: “She thinks that it’s not that serious [between Ruby and Martin] and that he’s there for the money. She definitely doesn’t think it’s going to last forever.

“It’s a bit of a joke to her and she would take Martin back tomorrow if he said he wanted to come back.

She added: “I think she’s still very much in love with him. Which is so sad. Poor Stacey!”

But what are the odds on Stacey becoming an advanced hacker while she’s been away, putting her at the helm of the fraudulent scam?

One thing is for sure, Ruby better watch her back… and her man!

EastEnders airs tomorrow at 7:35pm on BBC One.