Lexi (played by Isabella Brown) took centre stage in Monday’s edition of EastEnders as she became unwell with an unknown illness. It appeared this was part of a greater storyline which saw the schoolgirl’s mother Lola Pearce (Danielle Harold) questioned by her father Ben Mitchell (Max Bowden) as to why his partner Callum Highway (Tony Clay) couldn’t pick their daughter up from school. Although the feisty character seemed fine by the end of the latest episode of the BBC soap, those watching at home couldn’t help but comment on how poorly the youngster seems to have been recently.

The drama kicked off when Callum arrived to collect Lexi early after Ben had been contacted by the school, but he was too busy to go and pick her up.

Allowing his boyfriend to take his place, the police officer was baffled when teacher Isaac Baptiste (Stevie Basaula) refused the schoolgirl to leave with him.

“The problem is, the school has Lola as the registered contact meaning only Lola or anyone nominated by Lola is authorised to collect [Lexi],” Isaac explained.

Callum replied: “I get that and if I was a total stranger, I’d understand but come on mate, you know me. We’re neighbours.”

As the score couldn’t be settled, Ben’s boyfriend gave the teacher a bag which contained a towel and some antibacterial gel for when the youngster was sick. 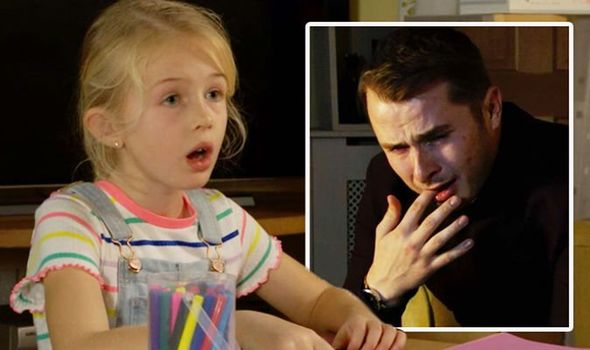 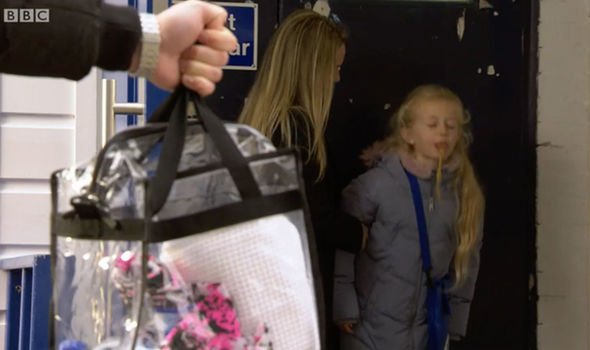 On cue, the child vomited and with her parent’s preparing supplies for when their child is ill, does this indicate a darker turn to this storyline is on the horizon?

In the past, the schoolgirl has often complained of stomach aches and feeling too under the weather to go to school.

It has always been a passing comment or scene in which this has played out, often as part of a bigger storyline Ben and Lola are featuring in.

However, could there be a more sinister reason as to why the youngster has been feeling so unwell for a while? 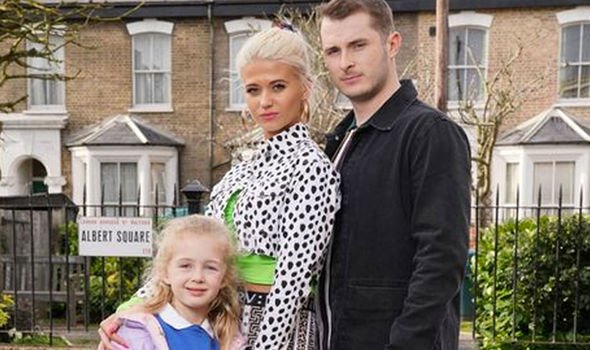 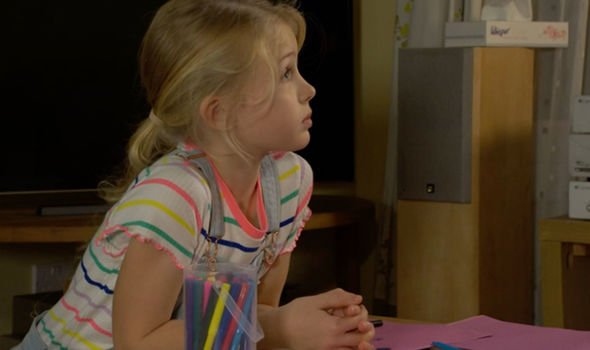 Lola and Ben could start to realise their daughter is missing more and more time off school, leading them to make a trip to the doctors.

It might well be the GP advises the hospital runs further tests on the character to see if there are any underlying reasons as to why she is poorly.

Unfortunately, they might discover something which needs proper treatment as they diagnose Lexi with an underlying health condition.

Taking to Twitter, some viewers are predicting such a twist as one wrote: “Lexi’s ill again? Tell me something I don’t know #EastEnders.”

Another added: “Lexi recovered quickly…#EastEnders,” as they referenced how well the schoolgirl looked by the end of the episode.

Whilst a third commented: “Lexi being sick, we didn’t need to see that #EastEnders,” a fourth remarked: “Lexi’s come down with a bug #EastEnders.”

Could they have picked up a future storyline and could the child vomiting be an indicator of what’s to come?

Fiercely protective of their daughter, will Ben and Lola do everything in their power to ensure their child will be okay?

However, Lexi’s mother discovered this last week and the actor who plays Billy, Perry, has explained his character’s horror at how his granddaughter knew before him.

The soap star said: “Lola’s his world, and it’s only recently that Jay asked Billy for Lola’s hand in marriage. So that gives you some idea of how this comes as a real curveball.

“When he’s in the situation when he finds out Lola knew, he can’t see the wood through the trees. He feels like everybody has known about it, which makes him feel completely humiliated.”

EastEnders continues Tuesday at 7:30pm on BBC One.