EastEnders: Whitney Dean runs over somebody with her car

Before her accident, Kat Slater (played by Jessie Wallace) made it clear to Phil Mitchell (Steve McFadden) that their affair could never work in EastEnders. But, after fearing his lover wouldn’t survive the tragic incident, the dodgy dealer hasn’t left Kat’s side while she recovers in hospital. Jean Slater (Gillian Wright) was appalled to learn Kat had been lying to her and she may decide to face her health fears alone if the Slater matriarch moves in with Phil.

In upcoming scenes, Kat begins to warm to a relationship with Phil as the pair return from the hospital together.

However, she fears he’s been scared off when he arrives home to the usual Slater chaos.

Jean warns Kat that the dodgy dealer can’t be trusted and she worries she may be right when Phil disappears.

But, later that day Phil returns to the Slater resident with an idea to help settle the children.

Kat’s impressed and begins to consider whether a relationship with Phil could work. 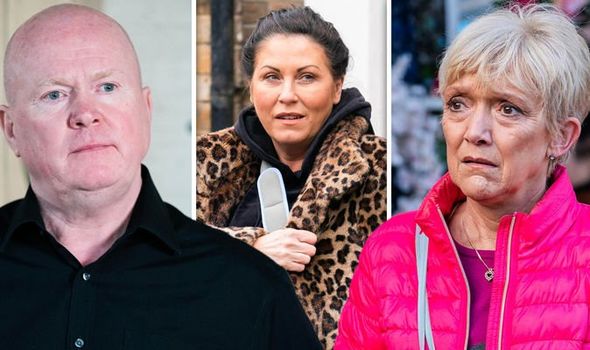 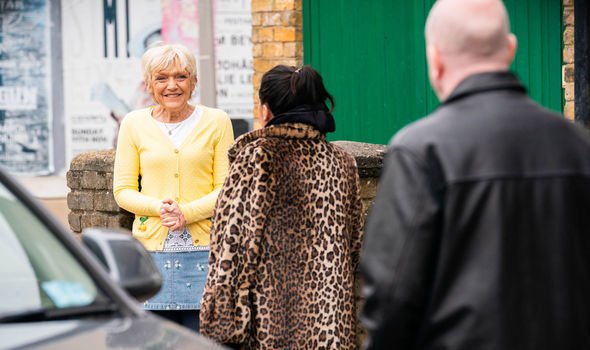 Meanwhile, Martin Fowler (James Bye) turns to Jean for advice after fearing Ruby Allen (Louisa Lytton) is slipping away from him.

He admits he’s concerned about his and Stacey Slater’s (Lacey Turner) children as Ruby is struggling to bond with Lily.

Jean reaches out to Ruby and reminds her that Lily is simply missing her mum.

The club owner visits the endometriosis specialist and returns home with some disappointing news for her husband.

Ruby tells him she needs his support and he vows to stay by her side. 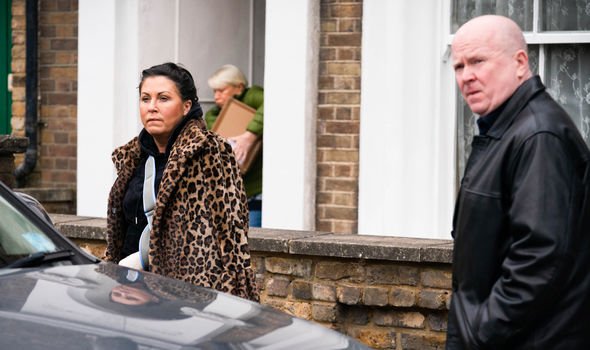 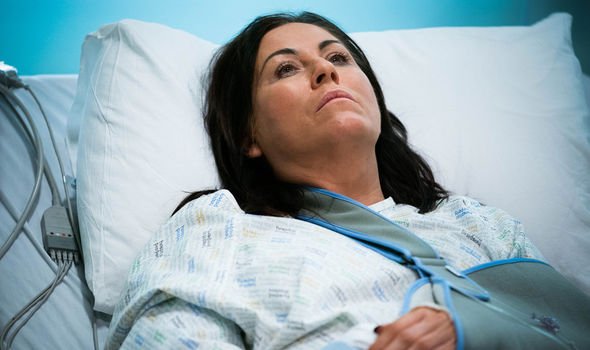 When Jean realises Ruby has taken her advice, she’s thrilled and shifts her focus back to Kat.

However, the Slater matriarch heads off to Phil’s house with Tommy, Bert and Ernie in tow.

Phil isn’t fazed by the ambush and invites the boys to play with Ben Mitchell’s (Max Bowden) game console.

He orders Kat to rest and promises to prove to her he can look after her.

Will the dodgy dealer ask his lover to move in with him while she recovers from her injuries?

EastEnders fans will know Jean has been hiding her concerns that her cancer has returned.

She told her consultant that she didn’t want to undergo any further tests to prove the diagnosis one way or the other.

Ruby is the only Walford resident who knows the truth and Jean won’t want to tell Kat in case she tells Stacey.

If Jean’s cancer has returned, the mum-of-two may begin to experience symptoms in the coming weeks.

Will she be forced to face cancer alone while Kat works on her flourishing romance with Phil?

He wasn’t impressed with the feisty barman for flirting with Ruby despite her reassurances that it’s an act for customers.

Will she embark on an affair with Zack or will Martin’s jealously tear them apart?

EastEnders continues on BBC One on Thursday at 7.35pm.