This Morning presenter Eamonn Holmes, 61, left fans concerned when he shared a picture of him in a surgical mask as he sat in the waiting room of a hospital. He explained he had been suffering from chronic pain and was waiting to see a doctor as he could’t sleep due to the pain he was in.

She told viewers her ITV colleague had shared an update on his health and reassured viewers he was not staying in hospital.

“I was messaging Eamonn last night when I saw the picture he put up,” Charlotte began. 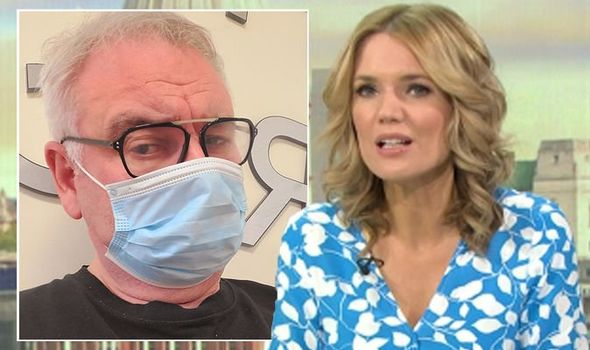 “He said ‘I’m not in hospital’ he was at hospital for tests.”

Charlotte continued: “Of course we do send him all of our love, Eamonn we are thinking of you.”

On Thursday evening, Eamonn told his one million Twitter followers: “At hospital, pain like I’ve never experienced in my life.

“Need to find out what’s causing this. Wish me well.” 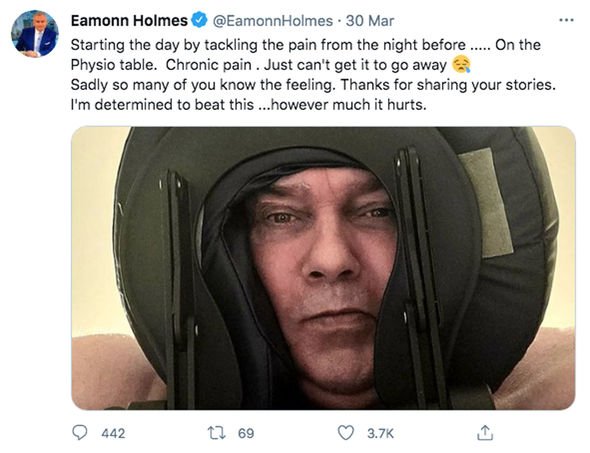 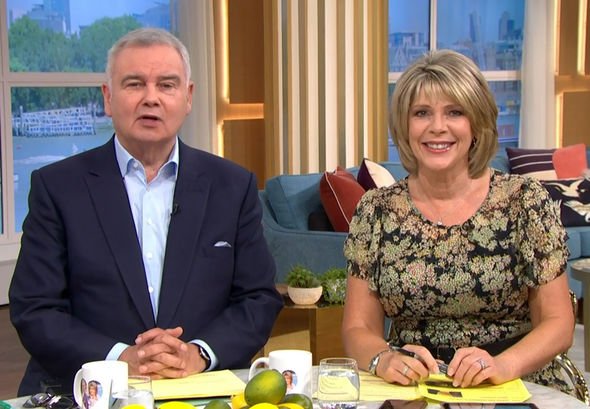 As Eamonn was inundated with messages of support, he later shared a second update confirming he would be hosting This Morning over the Easter break.

“Will have clearer picture of what’s causing my pain tomorrow but just to say folks like so many of you I’ve lived with variations of Chronic pain for years,” he posted.

“Don’t allow it to stop me working & next week I’d like to be a voice for many of u & discuss the subject on @thismorning.” (sic).

He continued: “In the meantime I am proud that my experience has given you a voice and I’m humbled by your various and different experiences & your kindness to me.

“If between us we can get more solutions more understanding and more resources directed towards CP then that would be a result.”

Eamonn has been open about his suffering and revealed to his Twitter followers he only slept for “90 mins” after “pain woke me up” on Wednesday night.

Earlier in the week, Eamonn posted a snap of himself at the physiotherapists to try and ease his pain.

Eamonn is expected to host This Morning over the Easter break with his wife Ruth Langsford, 61.

The pair presented the magazine show on Fridays until they stepped down from their presenting roles in December.

They were replaced by Alison Hammond and Dermot O’Leary but it was confirmed they would host over school holidays.

Fans will be looking forward to seeing Eamonn feeling well again soon and fronting This Morning with Ruth.

This Morning airs weekdays on ITV at 10am.