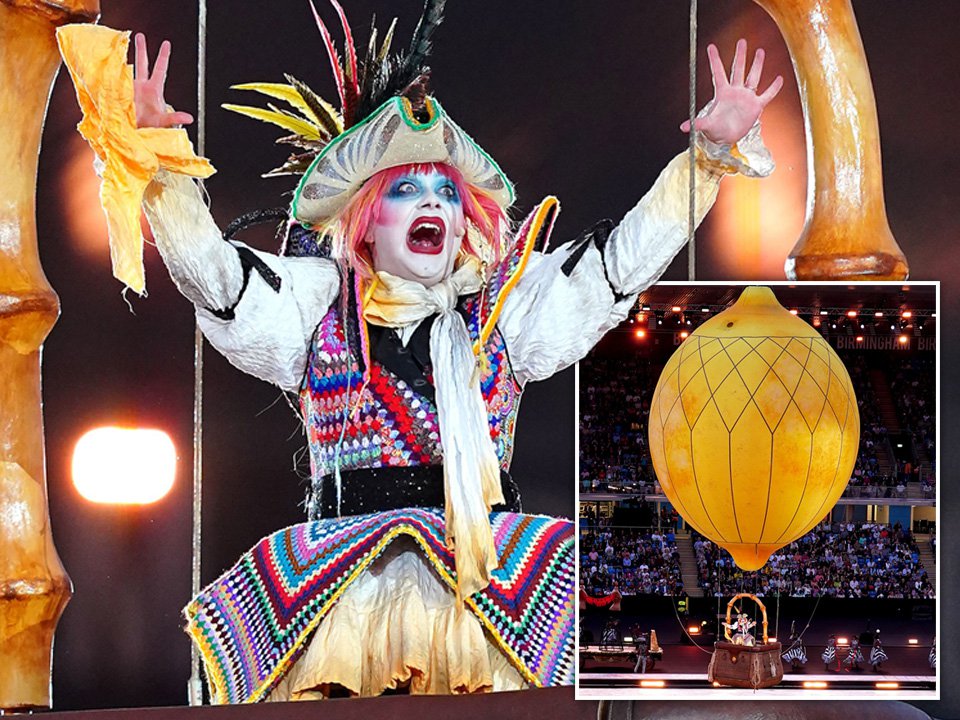 RuPaul’s Drag Race UK star Ginny Lemon made an entrance to remember at the Commonwealth Games opening ceremony, arriving in none other than a lemon-shaped hot air balloon.

Hovering over a vibrantly coloured troupe of dancers at Birmingham’s Alexander Stadium, they made sure there were no sour faces in the audience when they kicked off the games.

Ginny looked spectacular in a multi-coloured outfit and was wearing what appeared to be a glamorous take of a pirate hat at the event, which was produced by Peaky Blinders creator Steven Knight.

Suspended in the air, they belted out a blinding tune and could not resist shouting out their catchphrase ‘fancy a slice?’

Ginny’s fans were out in force on social media to praise the queen’s performance, with many labeling it ‘iconic.’

A fan of Ginny’s shared on Twitter: ‘Ginny Lemon is smashing this #CommonwealthGames2022.’

This Commonwealth Games opening ceremony is wild. I love it.

Ginny, who hails from Worcester, has clearly been busy since their shock exit from RuPaul’s Drag Race UK in 2021.

The queen famously quit the most recent season of the show after falling in the bottom two and being chosen to perform a lip-sync battle alongside good friend Sister Sister.

Many audiences were stunned by tonight’s opening ceremony, with Great British Bake Off presenter Matt Lucas taking to social media to heap praise on the scenes.

The 48-year-old said: ‘This Commonwealth Games opening ceremony is wild. I love it.’

Meanwhile, the Commonwealth Games start on Friday and runs until August 8, with 6,500 athletes set to compete in 280 medal events.