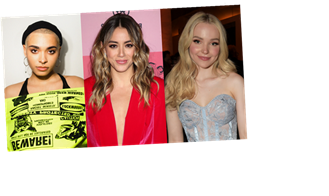 The Powerpuff Girls for the upcoming live-action series on The CW have been cast!

Dove Cameron, Chloe Bennet and Yana Perrault have been named the official new Powerpuff Girls, ET confirms. Based on the Cartoon Network series created by Craig McCracken, Cameron will star as Bubbles, Bennet has been cast as Blossom and Perrault will take on the role of Buttercup.

The three actresses also confirmed their roles on their social media, expressing their excitement for the new CW pilot. Back in 2013, Cameron expressed her wishes to one day portray the blonde mini super heroine, tweeting, “I really just want to play Bubbles in a live-action Power Puff Girls movie.”

After the announcement, she tweeted, “i cannot WAIT for you guys to see this show. the script is unreal, i don’t think i’ve ever laughed out loud so much reading anything . without giving anything away , as a huge fan of the cartoon , this script is my true fantasy . !! stay tuuuuuuneddd.”

i cannot WAIT for you guys to see this show. the script is unreal, i don’t think i’ve ever laughed out loud so much reading anything . without giving anything away , as a huge fan of the cartoon , this script is my true fantasy . !! stay tuuuuuuneddd pic.twitter.com/J6uC7K8Qqk

Bennet posted photos of her red-headed hero on both Instagram and Twitter. “i’m a heckin’ powerpuff girl now wtf (!!!!)” she tweeted.

“Bag secured.💚🤑💚⚡️(no really v grateful, this is too dreamy to believe, so many feelings, still processing, on cloud 9) 💚,” Perrault expressed on Instagram. 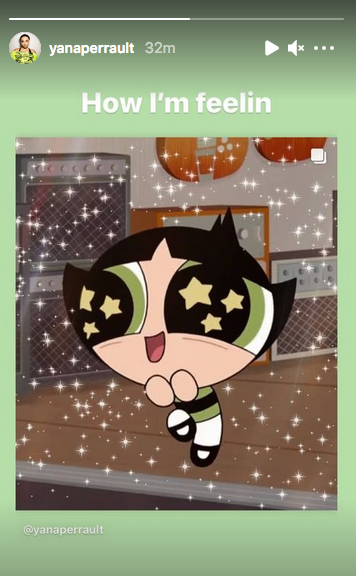 The Powerpuff live-action series was first announced last August. The story will follow the three Powerpuff Girls, who “used to be America’s pint-sized superheroes, now they’re disillusioned twentysomethings who resent having lost their childhood to crime fighting. Will they agree to reunite now that the world needs them more than ever?” per the logline.

In the breakdown of the characters, it describes Cameron’s Bubbles as having a “sweet-girl disposition” who “won America’s hearts as a child. She still sparkles as an adult, but her charming exterior belies an unexpected toughness and wit. She’s initially more interested inrecapturing her fame than saving the world, but she just might surprise us and herself.”

Blossom is “a spunky, conscientious, little-miss-perfect child who holds several advanced degrees. Blossom’s repressed kiddie-superhero trauma has left her feeling anxious and reclusive, and she aims to become a leader again — this time on her own terms.”

Buttercup, meanwhile, “was the rebellious badass of The Powerpuff Girls in its heyday. More sensitive than her tough exterior suggests, Buttercup has spent her adulthood trying to shed her Powerpuff Girl identity and live an anonymous life.”

Cameron is known for her leading dual roles on Disney Channel’s Liv & Maddie in 2018 and starring in the Descendants movies. She previously worked with Bennet on ABC’s Marvel drama Agents of SHIELD. Perrault is also a singer and was in the Alanis Morissette Broadway musical Jagged Little Pill. She was also set to join the cast of Hamilton before the pandemic.