Jeremy Vine says we can’t ‘blank everyone in our history’

The Channel 5 broadcaster hit out at the decision from a primary school headmaster to remove references to “oppressive” explorer Sir Walter Raleigh and Lord Nelson after complaints from a former pupil. Jeremy Vine hit out at attempts to sideline certain events in British history, insisting students should be made aware of the country’s past. Houses at Howden Junior School in East Yorkshire were re-named in tribute to the work of young activists like Great Thuberg and Marcus Rashford.

Mr Vine said: “If we decide that we’re going to blank everyone in our history, we haven’t really got anything at all.

“It’s not about celebrating Nelson, it’s about knowing who is the bloke who is 18ft tall on top of that column.

Howden’s headteacher Lee Hill praised the “brave” former pupil who kickstarted the change after complaining about the House names at the height of the Black Lives Matter protests last year.

Mr Hill wrote on Twitter: “I’m really excited & proud to share this. Not just because of the individuals our School Council chose as representing our school community values or the incredible art from local artist Amy Smith but because of the courage of one child who made a stand.

JUST IN: ‘You should tax inheritance!’ Owen Jones slammed by Dr Sarah ‘I worked for my money!’ 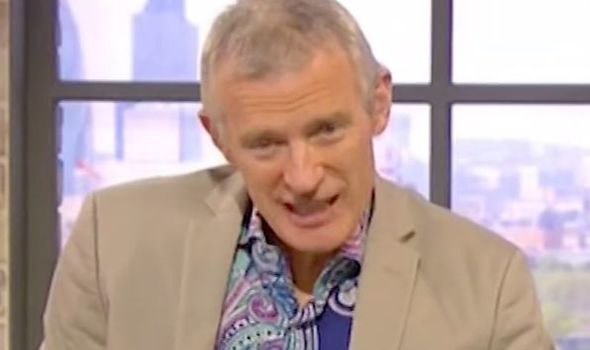 “During the Black Lives Matter protests, I received a passionate and brave email from a former pupil.

“This pupil not only educated me about the history of the three house names – that sat on our website, in our hall and were raised as ambassadors for our school – but also explained the impact of seeing these figures – who have links to slavery, oppression and racism – had on her during her time at our school.

‘Not only a brave email to send to a white male in a position of power but also an email that set off a chain of events.”