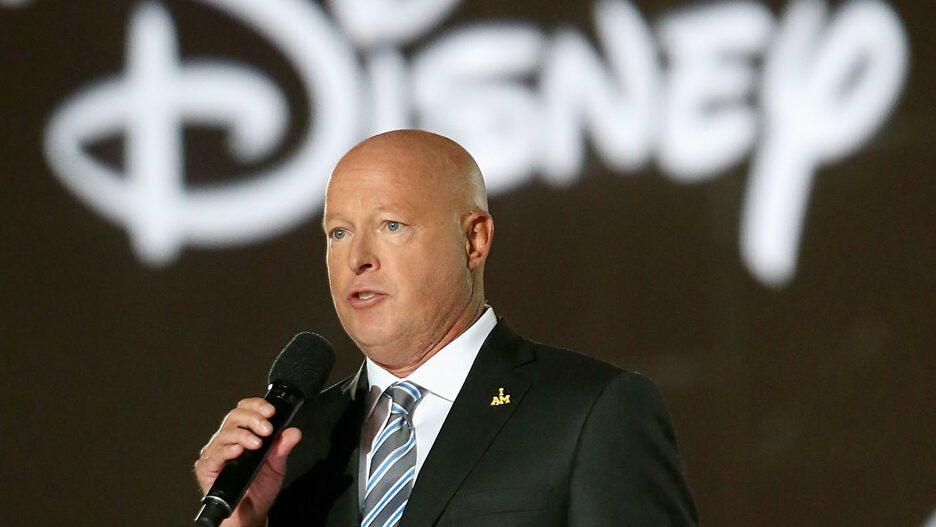 ”Both Bob Iger and I, along with the distribution team, decided this was the best strategy because it enabled us to reach the broadest audience,” Chapek said on Disney’s earnings call on Thursday.

He added: “Distribution decisions are made on a film-by-film basis, based on market conditions and consumer behavior.”

Johansson last month alleged breach of contract in the lawsuit in which she’s suing Disney over the company’s decision to release “Black Widow” on Disney+ at the same time as the film’s theatrical release. According to the actress, her contract was worded around an exclusive theatrical release, and that her salary was based in large part on the box office grosses of the film.

“Disney intentionally induced Marvel’s breach of the agreement, without justification, in order to prevent Ms. Johansson from realizing the full benefit of her bargain with Marvel,” the suit said.

In response, Disney said the lawsuit had “no merit whatsoever” and that she already received $20 million in compensation.

“There is no merit whatsoever to this filing. The lawsuit is especially sad and distressing in its callous disregard for the horrific and prolonged global effects of the COVID-19 pandemic. Disney has fully complied with Ms. Johansson’s contract and furthermore, the release of ‘Black Widow’ on Disney+ with Premier Access has significantly enhanced her ability to earn additional compensation on top of the $20M she has received to date,” a Walt Disney Company spokesperson said.

The statement was not well-received by several female equity-focused organizations. Time’s Up, ReFrame and Women and Film released a joint statement, calling Disney’s statement a “gendered character attack.” SAG-AFTRA President Gabrielle Carteris shamed Disney “for resorting to tired tactics of gender-shaming and bullying.”

However, during the earnings call, Chapek later said, “Since COVID has begun, we have entered into hundreds of talent arrangements with our talent, and by and large they have gone very smoothly.”

After the lawsuit was filed, entertainment executives, agents and producers were split on whether Chapek is to blame for the “carnage” to the company’s standing in Hollywood’s talent community. Furthermore, the feeling that Bob Iger would have handled this differently was all the more pronounced.

When asked how COVID is impacting the way Disney attracts and compensates talent, Chapek said, “Certainly this is a time of anxiety in the marketplace and a lot has changed recently, and again these films that we’re releasing right now are imagined under a completely different environment than unfortunately fate has delivered us, but we’re trying to do the best thing for all our constituents, and make sure that everybody who’s in the value chain feels like they’re having their contractual commitments honored, both from a distribution, and a compensation standpoint.”