Priyanka Chopra seems to have a good thing going with Meghan Markle, but what she supposedly did in the company of Prince William and Kate Middleton is raising eyebrows.

Chopra and Meghan have been friends since January 2016 when they met at an Elle Women in TV dinner, per the Daily Mail. It seems like they hit it off right away, as Meghan told the Press Trust of India in July 2016, “You know when you meet someone and you just click? It was just an easy, natural progression. We’ve managed to keep in touch via email and text, and try to see each other whenever we’re both in the same town.”

Although Chopra attended Meghan and Prince Harry’s wedding in May 2018, Meghan did not attend the actor’s wedding to Nick Jonas and Chopra was also absent from Meghan’s baby shower, per Vanity Fair. Chopra put feud rumors to rest in an August 2019 Elle UK interview, saying, “Megs … she was always meant for big things. To be a change and be an important voice in doing that. It’s amazing that she found that calling and has the platform to be able to do it.”

Meghan and Chopra still appeared close in March 2019, as a source told E! News, “Meghan confides in Priyanka about the adjustments she has to make with being a royal. Meghan considers Priyanka one of her closest confidants.” However, Chopra’s actions at Wimbledon may say a lot about her feelings towards William and Kate — keep reading for more details. 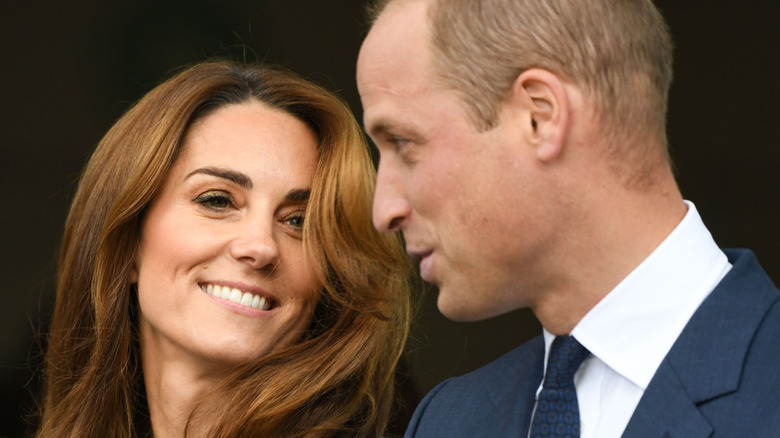 It seems that Priyanka Chopra “ignored” Prince William and Kate Middleton when they arrived at Wimbledon, according to the Daily Mail. The actor reportedly played with her scarf when the audience clapped as the royals sat down to watch the Women’s Singles Final on July 10. Some sources are calling it a “snub” due to the comments Meghan Markle apparently made about Kate during her March interview with Oprah Winfrey. At the time, Meghan alleged that Kate “made her cry and hurt her feelings” when they were talking about flower girl dresses before she married Prince Harry, even though it was previously believed that the opposite happened.

According to the outlet, there’s a chance Chopra did not see the royals enter the box, or she might not have been up to snuff on etiquette. However, sources claim her actions at Wimbledon were “intentional.” One critic said (via the Daily Mail), “The way Priyanka did not even look in their direction is enough for me.” Another added, “She totally ignored them. I would do the same if my friend was mistreated.” Yet another chimed in with, “I would ignore them as well.” Chopra has yet to comment on the incident, but we are watching this space!