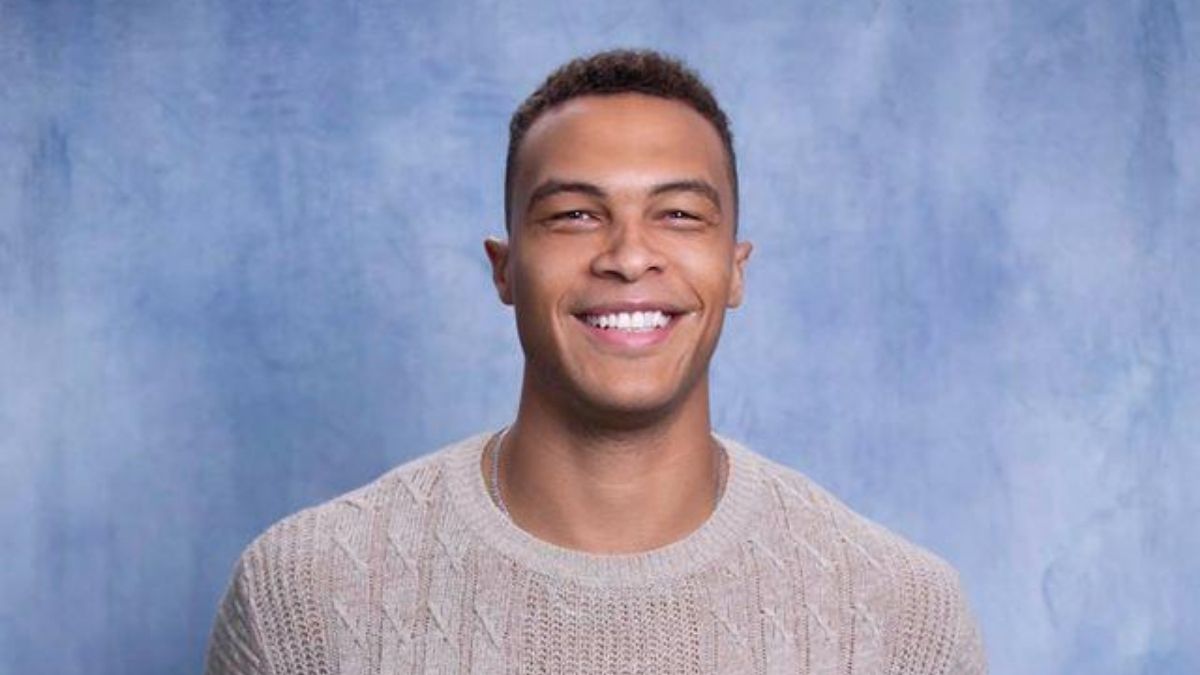 Dale Moss has yet to be introduced to The Bachelor nation audience, as he is merely a competitor on Clare Crawley’s season of The Bachelorette.

He was introduced to the world back in March as one of the contestants on Clare’s season but when the shutdown happened around the world, Dale had to wait to meet Clare.

There are many theories regarding what happened between the two after it was revealed that Clare quit filming after 12 days because she knew she wanted to be with Dale.

The two are reportedly engaged, but Dale is back home in South Dakota while Clare has stayed at the Bachelorette resort in La Quinta, California.

Now that Dale is back home in South Dakota, fans have been watching his private Instagram account, and it appears that some of his posts are disappearing.

Dale Moss is being accused of deleting social posts

The accusation that Dale has deleted his posts comes from an Instagram account called @bachelorteadaily, who claims that his number of posts on social media used to be around 759. At the time of the screenshot, it was at 743. 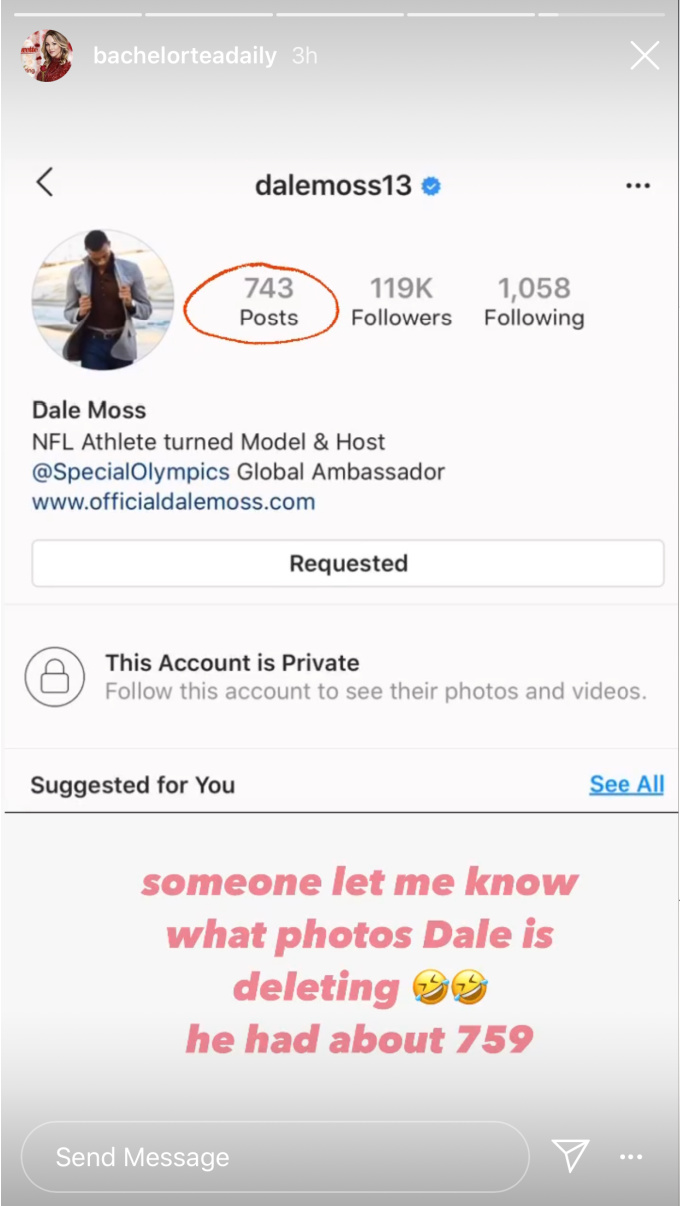 “Someone let me know what photos Dale is deleting,” the account captioned the screenshot. “He had about 759.”

Since his profile is private, the deleted photos would have to be identified by someone who knows his profile well and would be able to spot the deleted posts. The posts could be work-related, but they could also be of an ex-girlfriend or of something that Dale wouldn’t want to highlight once his profile becomes public again.

At this point in time, we have no idea what posts were deleted or even whether @bachelorteadaily was right about the number of deleted posts.

Dale Moss’ sister has defended him over Bachelorette rumors

Dale’s sister recently spoke out about Dale saying that no matter what the rumors may say, Dale definitely did not speak to Clare prior to The Bachelorette.

There had been rumors that Dale and Clare had texted with one another and chatted on social media, building a connection before ever meeting in person on The Bachelorette.

However, Dale’s sister claims that this did not happen and she knows because she stayed with him prior to the show filming in La Quinta.

Dale is currently back in South Dakota with his friends but he has not made his social media public yet.

The Bachelor: The Greatest Seasons — Ever airs Mondays at 8/7c on ABC.