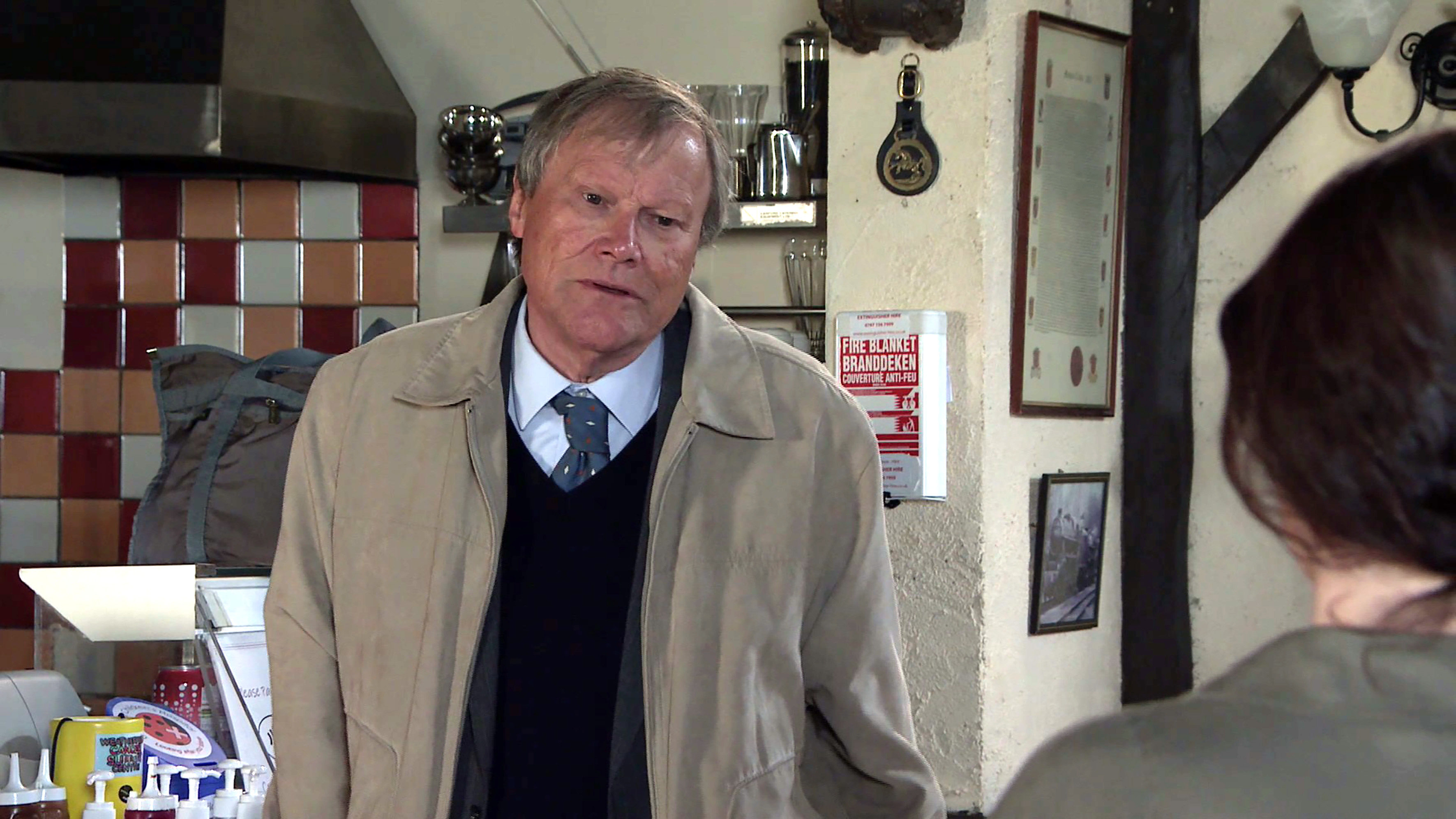 Coronation Street fans have been singing the praises of Roy Cropper star David Neilson, after he was crowned Best Soap Actor at the TV Choice Awards.

Roy has been at the centre of a huge storyline in recent months, after his niece Nina Lucas (Mollie Gallagher) was attacked in a shocking hate-crime story.

Nina and boyfriend Seb Franklin (Harry Visinoni) were assaulted by Corey Brent (Maximus Evans) and his gang of thugs back in May.

Roy has done all he can to support Nina in the wake of the attack.

‘This is the best actor award, beautifully wrapped,’ said David in his victory speech, as he unwrapped the trophy.

‘This is very exciting! Look at that, eh!

He added: ‘I’d like to thank everyone who bothered to vote.’

Fans were over the moon with David’s victory, and several took to social media to heap praise on the actor.

‘Congratulations to David Neilson for winning a Best Soap Actor award without being the main character of a storyline, added another.

‘That’s very impressive and it shows that brilliant actors can shine in a supporting role and how important they are to make a storyline brilliant.

What’s more, Coronation Street was awarded with the Best Soap trophy, meaning that the ITV soap picked up all three soap accolades.