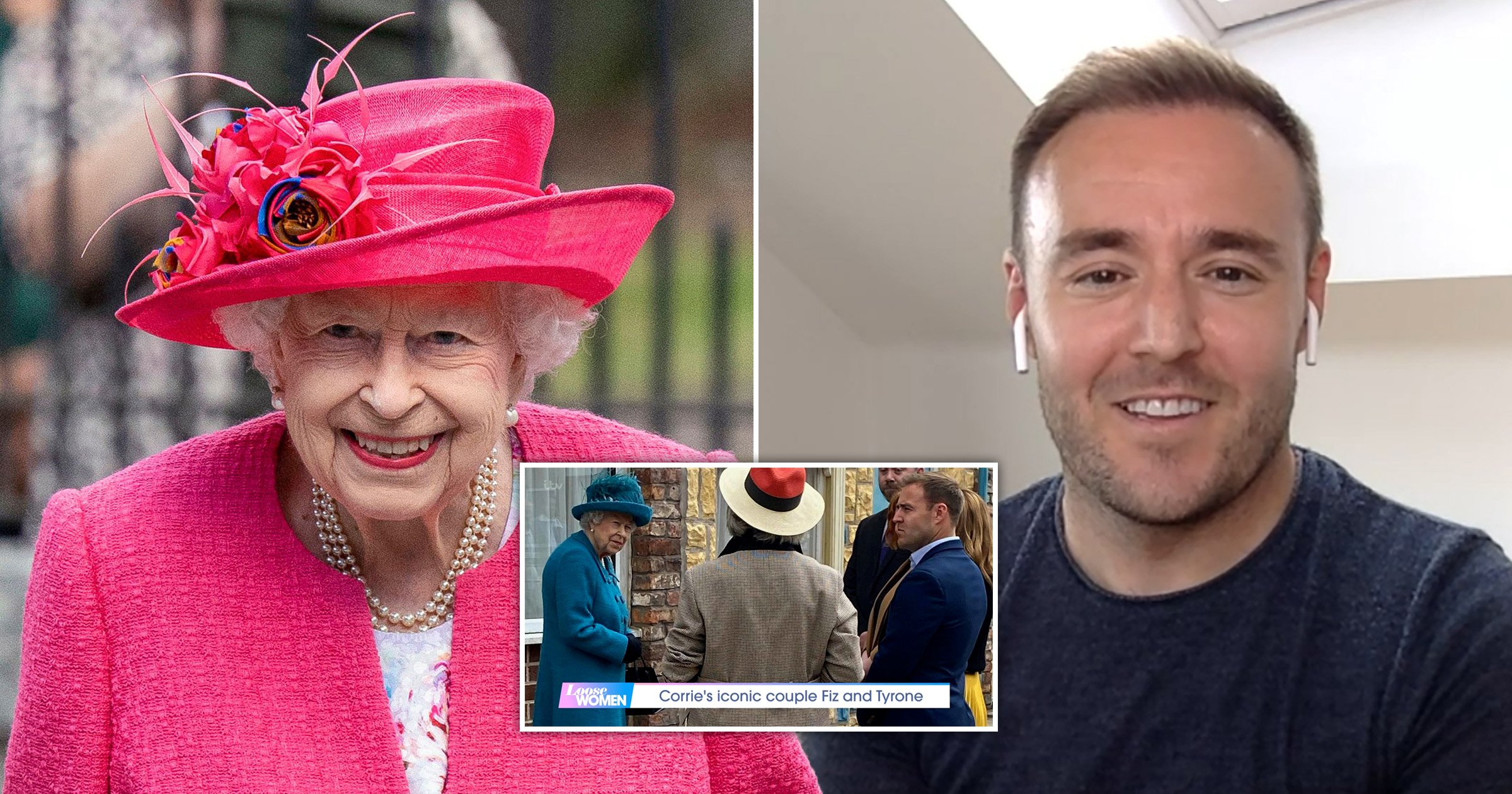 Coronation Street actor Alan Halsall has revealed the Queen’s visit to the Corrie set in July to celebrate the soap’s 60th anniversary left him feeling a certain kind of way.

Appearing on Tuesday’s Loose Women with Jennie McAlpine, who plays his estranged partner Fiz, Alan, who stars as mechanic Tyrone Dobbs, was quizzed on the day by Janet Street-Porter, a new Corrie star herself.

‘For me, honestly, it was one of the best days I’ve ever had, I couldn’t believe it!’ he shared. ‘The tingles I got when she stepped out of that car on to the cobbles was [sic] just amazing.’

As they showed pictures of the Queen meeting the cast, including a serious-looking Alan, the star joked: ‘I look dead angry there but I’m not, I just wanted to remember it all and take it all in!’

He also revealed the cast had been briefed on etiquette, explaining: ‘I remember getting my bow out really early, I wanted to do everything right.

‘It was an incredible day, and I felt so proud to be a part of Coronation Street that day – and of course making our families proud, meeting the Queen.’

The 39-year-old also reminisced with former co-star Denise Welch, who was on the panel, about their days on the cobbles together.

They figured out the timeline of their working relationship, helped by Denise’s son Louis’ 21st birthday coming up next March, with whom she was pregnant when she left the soap.

Showing scenes from over 20 years ago, Denise said: ‘I still think of you and Jenny like that, it’s so ridiculous!’ as they spoke about Alan and Jennie having been fixtures of the show for half their lives.

Alan, who also admitted to having learnt ‘nothing’ about cars during his tenure playing a mechanic, also revealed he had initially signed up for a three-month stint.

‘I wasn’t expecting to be in Coronation Street this long – I think I was originally told three months? It’s now 23 years later!’