Health and safety inspector Wayne (played by Adam Barlow) has been sniffing around in the aftermath of the Coronation Street factory collapse trying to get to the bottom of who was responsible.

However, his preoccupation with Carla (Alison King) begins to grate on her good friend Roy (David Neilson) on the ITV soap.

It all kicks off when Brian Packham (Peter Gunn) asks Roy about his trip to Portsmouth and asks if he’s solved the mystery of the ring left behind by his mother when she died.

Roy doesn’t give a straight answer, so Brian takes things into his own hands and lets Roy know he and Wayne would be trying to figure out the riddle.

When they try and get Roy involved in their research, he makes excuses and asks them to leave Roy’s Rolls claiming he needs to go to Ken Barlow’s (William Roache) house, leaving Wayne feeling worried about him.

But Roy isn’t happy with his former foster son as he continues to press the cafe owner to talk about Carla Connor.

He firmly tells Wayne that he would appreciate it if he stopped using him to try and get information about her.

However, it remains to be seen if Wayne will abide by Roy’s request.

Is he determined to bring Carla down over the factory collapse? 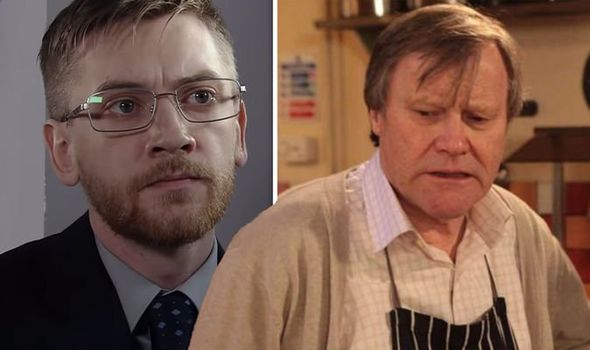 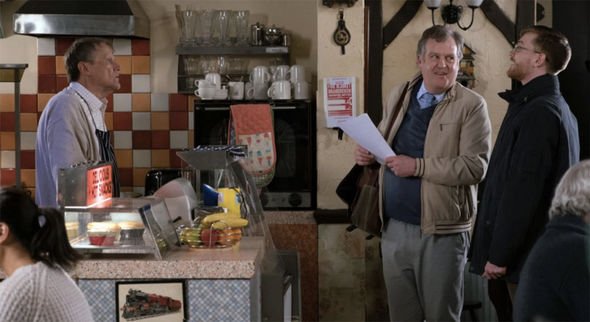 Her mental state was still desperately fragile as she told Roy that Kate Connor (Faye Brookes) had lied about Rana being died.

A deeply concerned Roy rang for an ambulance to come and get Carla after she refused to go of her own accord.

As she was taken away by paramedics, Carla told Roy that she’d never forgive him.

Although it was a horrible decision for him to make, it was clear it was the right move for Carla’s health.

Meanwhile, Peter Barlow (Chris Gascoyne) is currently in rehab after Carla’s disappearance took its toll on the recovering alcoholic’s state of mind and he turned to drink. 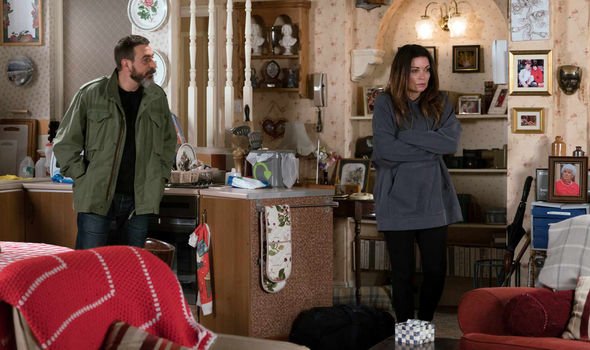 But tomorrow’s instalment of the programme will see Carla desperately calling out to see Peter.

Against his dad Ken’s wishes, Peter ends his treatment early to come to see Carla at the hospital.

Carla is put onto antipsychotic medication while Peter announces that she’ll be moving into Number One.

However, Ken puts his foot down as he believes Peter isn’t in the right frame of mind to care for someone else.

Subsequently, Peter and Carla go to live in Roy’s flat, while Roy goes to live with Ken temporarily.