Grace (played by Kate Spencer) was front and centre of Wednesday’s double-bill of Coronation Street as she went into labour and eventually gave birth to Michael Bailey’s (Ryan Russell) baby daughter. The way in which her waters broke were not ideal as she was locked in the back office of a supermarket after being racially profiled by a security guard. Failing to get through to her partner, the next person she called was newcomer to the ITV soap Ronnie (Vinta Morgan), who was having a heated conversation with his wife Kat Bailey (Melissa James).

Turning up on the cobbles unannounced, Kat was on the hunt for Ronnie, who she presumed was lusting over his former lover and his brother’s wife, Aggie Bailey (Lorna Laidlaw).

The casanova then had to explain that he didn’t want to win the mother-of-three over but he actually wanted to know if he was Michael’s biological father.

What transpired from the conversation was that Ed Bailey’s (Trevor Michael Georges) brother had never introduced his spouse to his family.

“They are very happy and they live here,” Ronnie told his other half, who seemed disheartened by the fact she didn’t know the rest of the Baileys.

“My sister said there was something fishy going on when they didn’t come to the wedding,” Kat explained to her partner. 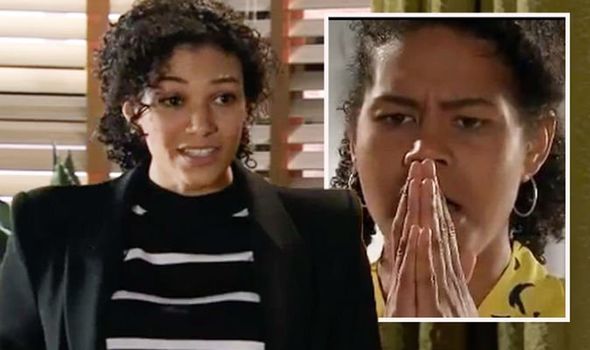 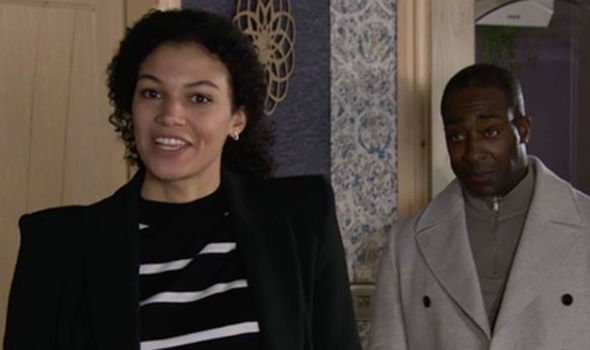 “They were away,” he replied, trying to hurry the conversation along as he knew he had to go and pick up Grace from the supermarket.

“And the time after that. Not a single meeting. You talked about them, yeah, [Aggie] especially,” the scorned woman continued, going on to add Ronnie had run away instead of ending their marriage properly.

When she learnt there was going to be a family party, the newcomer made herself comfortable as she wanted to meet the rest of the family.

Unfortunately, as they were talking about their relationship problems, Grace was apprehended by the security guard who thought she was robbing the shop. 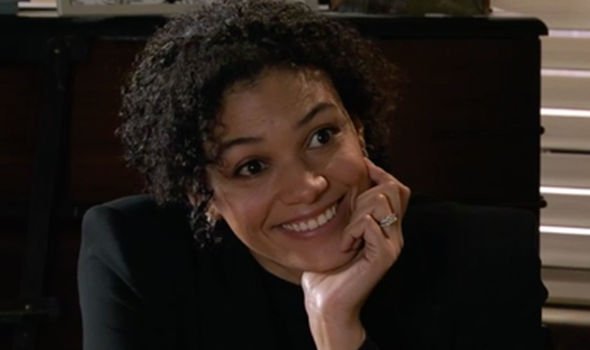 There’s so much history

Back at the Bailey house, Kat was introduced to Ed as his brother’s business partner and when Ronnie tried to end the conversation to go and get Grace, some questions were asked about the expectant mother.

The newcomer wanted to know who the woman was that her husband was going to help, with Ed filling in the blanks as he explained Grace was Michael’s “sort of” partner.

“Sort of partner?” Kat replied in the form of a question, making her interest in the mother-to-be very clear.

When she discovered Grace was having a baby, Kat commented “how lovely” it was for the family to be getting a new addition. 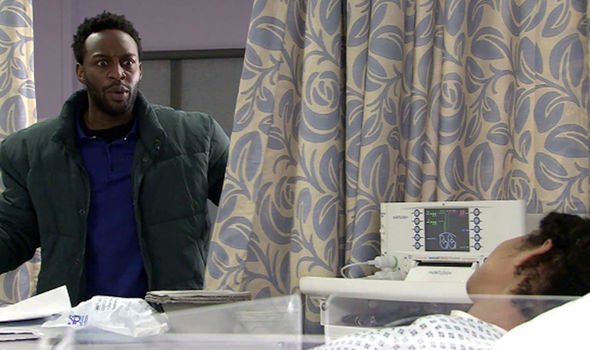 Although this might have been a passing moment as to why Kat was so interested in Grace, it could suggest they have a connection.

The newcomer had referenced a sister who attended her wedding to Ronnie but upon his arrival to the cobbles, Grace would have recognised him if she were that sibling.

Instead, the mother-to-be could be estranged from her family as she has mentioned little about them since her own arrival onto the soap.

In Wednesday’s double-bill, the mother-to-be and Kat never actually met and with Ronnie introducing the latter as his business partner, it is unlikely Ed will bring her up.

However, as Grace recovers from birth in the hospital, she could get a visitor in the form of Ronnie’s estranged wife.

It could be in these scenes viewers discover why Grace moved away from her family as Kat fills her in on what’s been happening.

This could be a tense reunion for the sisters as they both realise they have a link to the Bailey family.

Though, can bridges be mended as they hash out their past and move forward together for a brighter future? And what would this mean for Ronnie’s marriage if Kat is going to be sticking around?

Last year, the actress who plays Grace, Kate told Express.co.uk and other publications she would like to see more members of her character’s family arrive.

The actress explained: “I think with Grace, a lot of people are very wary, apprehensive and suspicious of her.

“They don’t know what to think, because [she] hasn’t been [around] much, it’s been slow and steady. There’s so much history [and] I’m so excited for you guys to see.

“[Viewers] have had little droplets [of information but] I’m so excited for when [the reveal] happens and [she is] properly introduced.”