Viewers believe she will turn out like her murderous father John Stape, after she caused a fire which nearly killed Dr Ali. 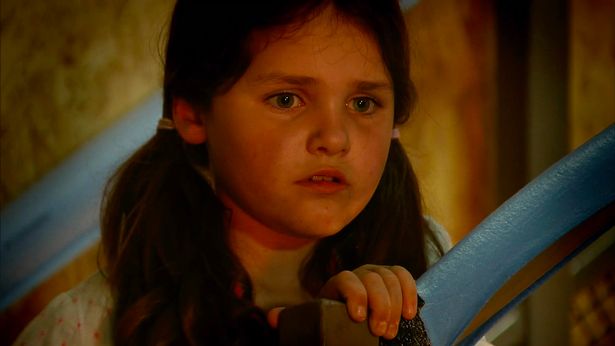 This week viewers watched in horror as Ali rescued Hope from the factory after she had sneaked away to start a fire there with some matches.

Ali and his girlfriend Maria Connor heard Hope’s screams coming from the factory.

Brave Ali barged his way in and saw Hope among the flames and carried her to safety – risking his own life.

Yesterday Hope continued to deny she was behind the fire, but not everyone was convinced. 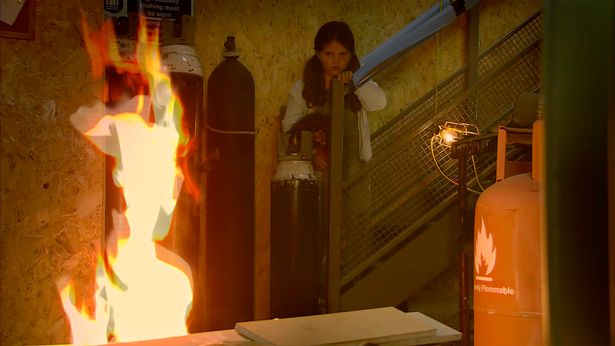 She is known for her pyromaniac intentions, having set fire to a trampoline in her garden.

Hope has also bullied her sister Ruby as well as taunting her neighbours and pushing her cousin down the stairs.

Fiz Brown's daughter is the child of former serial killer John Stape, and now fans are thinking she is taking after him.

John died eight years ago, but before that he kidnapped Rosie Webster, covered up Colin Fishwick's death from a heart attack, killed Joy Fishwick and murdered Charlotte Hoyle.

Meanwhile, while as Hope continued to protest her innocence, viewers have become convinced she started the fire and that she is set to become a killer. 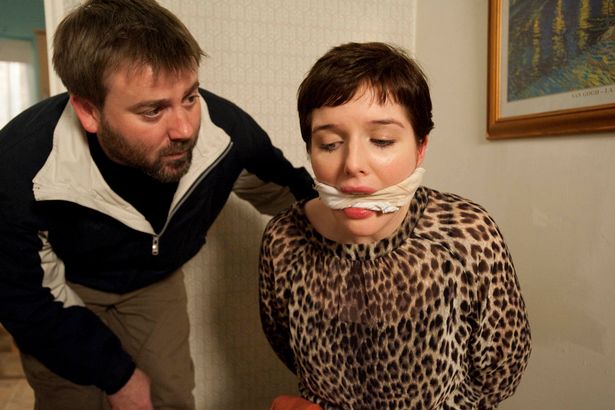 Taking to Twitter, one fan wrote: "Hope Stape in the future will be a killer like her dad."

While this one said: "Well Hope you are going back before you kill the whole of the street off, just like your father."

Another commented: "Planned or just coincidence that Hope set fire to the same floor in Underworld that her Dad dumped Colin Fishwicks body?"