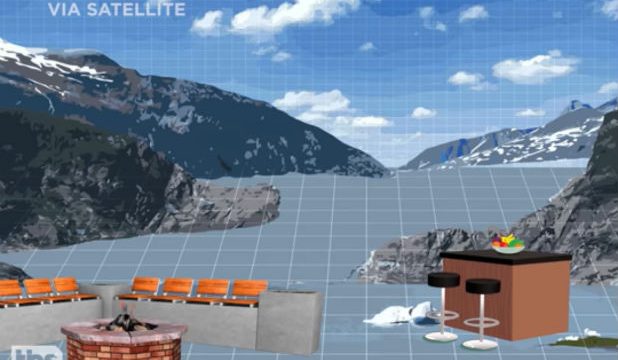 Apparently the neighbors are nice

On Wednesday, Conan O’Brien took a look a the ‘big f—–g mess’ that is the recent weirdness between Donald Trump and the nation of Denmark — and in a really funny gag he enlisted the help of the Property Brothers to make sense of it all.

So, for those who don’t know, after it was reported that Trump, apparently, has been asking his aides about the possibility of the U.S. purchasing Greenland from Denmark, Danish Prime Minister Mette Frederiksen called the idea “absurd.” In response, Trump canceled an upcoming scheduled trip to Denmark saying he did so because of “Frederiksen’s comments, that she would have no interest in discussing the purchase of Greenland.” Then on Wednesday, he called Frederiksen “nasty.” Yeah that happened.

But as Conan saw it, a U.S. purchase of Greenland is a “great idea.” So to make sure the deal goes through, he brought in Drew and Jonathan Scott, AKA the Property Brothers, via satellite to help him get the best deal.

Conan asked Drew if it was a good buy. “I checked it out, your nearest neighbors are Canada and Iceland, and they’re both pretty quiet,” Drew replied.

Asked how Greenland is structurally, Jonathan said he “went over to Greenland just to take a look,” and suggested Conan “knock out this glacier,” then “add a kitchen island,” and “maybe knock this mountain out here so you’d have more natural light coming in from the north side.” Great advice!

There’s plenty more and it’s pretty funny — certainly more so than the diplomatic incident that inspired it. Watch it above.

After Guns N’ Roses frontman learned that “Sweet Child O’ Mine” was being played at the president’s rallies, Rose fired off a series of tweets accusing Trump of using licensing loopholes to ignore his request to stop playing the band’s music. “Unfortunately the Trump campaign is using loopholes in the various venues’ blanket performance licenses which were not intended for such craven political purposes, without the songwriters’ consent,” Rose tweeted on Nov. 4, 2018.