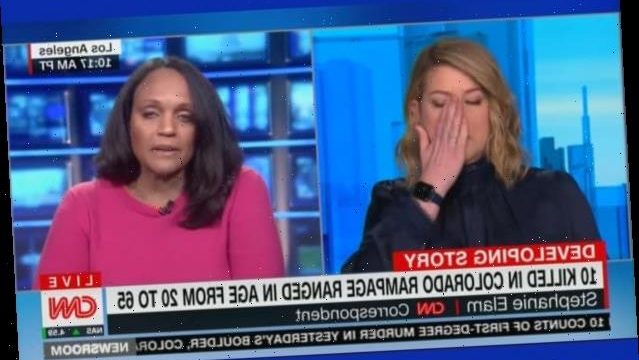 “You lose count. You don’t forget it, but somehow it’s just so much,” the CNN anchor says

CNN’s Brianna Keilar visibly shed tears during a Tuesday segment with correspondent Stephanie Elam about the recent mass shooting at a grocery store in Boulder, Colorado.

“As I’m hearing you report this, I just wonder, can you count how many times you’ve covered a story like this? Have you lost count?” Keilar asked Elam.

“I don’t know anymore. And it makes me sad to even sit here and even think about that, Brianna, that there’s been so many times that we have had to go out and cover these stories and talk to people who are devastated. Their lives will never be the same because of this,” Elam, who began to choke up at times, said. “Sometimes it happens close to where you’ve grown up, so you can think about it in that way, and sometimes it happens far away, but it’s still the same. The root of it, the pain of it is still raw and it’s real and I can feel it every single time, and my heart bleeds for them, too, that they’re having to deal with this today because I’m sure they can’t even take it all in at this point.”

As Elam spoke, Keilar could also be seen tearing up and, at one point, brushed away tears from both eyes.

“You lose count. You don’t forget it, but somehow it’s just so much,” Keilar said.

On Monday afternoon, a gunman killed 10 people at a King Soopers grocery store in Boulder, Colorado, a week after eight people died in another mass shooting at three spas in the Atlanta metro area. The suspect in the Boulder shooting is facing 10 counts of first-degree murder, according to police.

Watch the clip above.