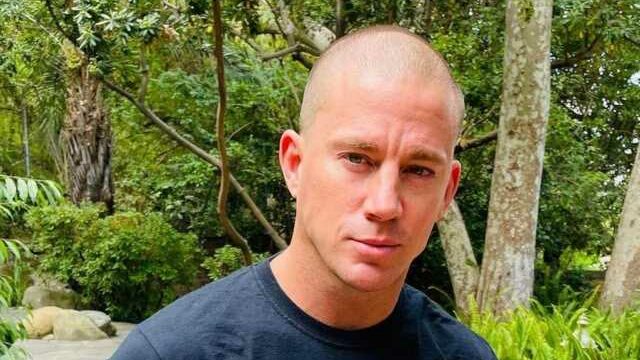 The ‘Magic Mike’s Last Dance’ actor is set to play a lead role in the upcoming potential franchise that has the same vein of the famous 007 superspy story.

AceShowbiz –Channing Tatum is attached to star in the spy thriller “Red Shirt“. The 42-year-old actor is cast in the new film that is based on an original pitch from Simon Kinberg with David Leitch directing.

While details about the film are scarce, it is expected to be a new spin on James Bond that has the potential to be made into a franchise.

Channing is producing through his company Free Association alongside Leitch and his partner Kelly McCormick for their 87 North production banner and Kinberg through his Genre Films company.

Several studios have submitted offers for the movie and a deal could be closed before the Thanksgiving holiday next week.

Tatum is set to reprise his role as stripper Mike Lane in “Magic Mike’s Last Dance” and it was recently confirmed that the movie will get a theatrical release in February 2023 rather than going straight to streaming on HBO Max.

Director Steven Soderbergh had revealed that he wanted the flick to premiere on the big screen. He said, “We’re talking about it. It’s certainly hard to argue that this isn’t a movie that’s best seen in a theatre, because we have the data. People, primarily women, were going in packs, in large groups, to see the ‘Magic Mike‘ movies.”

The 59-year-old director admitted that “Magic Mike’s Last Dance” is likely to be the final film in the series but suggested that spin-offs could be developed with other characters.

He explained, “I think there are other things to be done within what I consider now to be a larger ‘Magic Mike’ universe. There are stories that can be told that have the same sort of ethos and are tackling the same subjects that still involve dance but don’t have Mike Lane in them.”