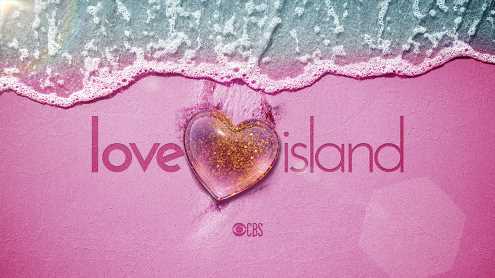 Love Island is set to run for five nights a week on CBS from Tuesday July 9. The reality dating series, based on the breakout British hit, will air in an 8pm slot every weeknight through Wednesday August 7.

This is a major commitment from the broadcaster and is largely in line with the UK, which airs six original episodes per week on ITV2.

A number of contestants from the British version of the show including Georgia Steel, Dr Alex George, Samira Mighty and Eyal Booker were at the CBS Upfronts to help promote the show as casting for the U.S. version is still under wraps.

The show, which will be produced by ITV Entertainment, features a group of sexy young single “Islanders” on a lookout for romance who are brought together in a stunning villa in a beautiful tropical location.

The first and second seasons of Love Island performed well for U.K.’s youth-oriented ITV2. The third season kicked things up a gear, both in terms of ratings in the UK and international sales potential. And last year’s fourth season has been breaking ratings records, with the season finale last week ranking as the most-watched program ever on the digital network, with almost half of all adult viewers under 34 tuning in throughout the series.

The next season of the British show is set to launch next month in the UK.

Love Island has grown into the hottest unscripted series in the UK, transcending reality TV to become a pop culture juggernaut and turning its contestants into instant celebrities. It has already been picked up for another season in the U.K. and is now starting to roll out internationally, with remakes in Australia, Germany and across Scandinavia. In the U.S., the original series was acquired by Hulu in April. The streaming platform picked up the first three seasons as well as a day-and-date release for Season 4.

On Love Island, the single contestants must couple up, choosing their partners wisely to win over the voting public or risk getting eliminated and failing to win the prize. In the UK, viewers vote via an app. The CBS version is likely to have some digital/interactive component for viewers as well. There are twists and challenges (the U.K. series has featured a lie detector, stripteases and obstacle course), though the majority of the original show is based around the conversations between the contestants. Unlike many dating series such as The Bachelor or Temptation Island, there is a less formal structure to the format, with producers reacting to what happens in the house to determine how to proceed. The U.K. version also has a cheeky narrator, comedian Iain Stirling.

“As the buzziest reality show in the UK, Love Island has won the hearts of viewers across the pond as well as around the world, creating appointment viewing and fanfare for audiences everywhere. We are thrilled to bring our version of this cultural phenomenon to CBS,” said Sharon Vuong, Senior Vice President, Alternative Programming. “This fun, light-hearted series is like watching your favorite romantic comedy five nights a week.”

George told Deadline last year, “[CBS] wants a lot of what the UK is doing brought over here with a U.S. sensibility. We are staying pretty true to the format, those are the initial discussions we have had and it will be easier for us because we’re not looking at very dramatic changes to what’s already gone on.”

The show will likely draw a younger audience to the Tiffany Network. “CBS is obviously a mature network and Love Island skews particularly young but that’s also one of the big drivers as to why they wanted it. If promoted properly, it will attract a new audience to CBS, they see this as a big play for the future.”