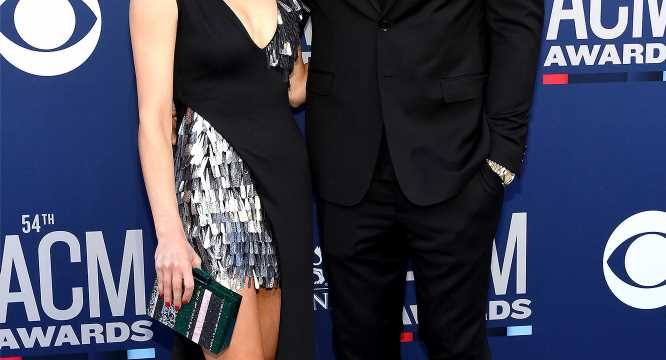 The Bachelor contestant, who scored Underwood’s final rose during the show’s 23rd season, defended her man after other former contestants dissed his kissing talents on the latest episode of Bachelor in Paradise.

“Kiss me dammit you good kisser you,” Randolph, 24, wrote on Twitter with a gif of the couple kissing on one of their Bachelor dates.

During Monday night’s Paradise episode, Derek Peth asked the group sitting near a bonfire about their worst kiss ever. While Kristina Sculman went on to describe a slobbery mess, Sydney Lotuaco hesitated with her answer.

“I was going to say a name,” she laughed to the group, holding back her response.

After some back and forth, she finally confirmed that her worst kiss was Underwood, 27. Other contestants from his season, including Caitlin Clemmens and Tayshia Adams, agreed.

Adams had walked up to the group and conversation after Lotuaco’s revelation and was asked upfront whether she thought Underwood had been a good kisser.

“This is awkward,” Adams replied, before admitting, “I was not gonna lie,” when she revealed she agreed with Lotuaco.

“But he got better toward the end of the season,” she added, laughing that she must have been a good teacher.

Demi Burnett also came to Underwood’s defense after the show aired, writing, “I thought coco was a good kisser,” on Twitter in response to a meme about the diss.

“Same. Still do and I guess that’s all that matters,” Randolph replied to Burnett’s tweet.

The former Bachelor has yet to comment on the shade, but he did recently tell PEOPLE that he and Randolph couldn’t be happier with their relationship post-reality television.

“I couldn’t be happier with where [Randolph and I] are at right now,” Underwood told PEOPLE at the “Lose Your Vegenity” event with MorningStar Farms in New York City on Aug. 21. “We’re still dating and getting to know each other, and falling more and more in love every day.”

“It’s been good. The further away we get from the end of the show, the more realistic our lives sort of go back to being,” he added. “We really get to spend more quality time with each other.”