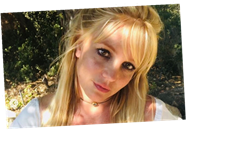 The latest person to speak out about the Framing Britney Spears documentary from the New York Times that debuted on FX and Hulu last month is…Britney Spears herself.

“I didn’t watch the documentary but from what I did see of it I was embarrassed by the light they put me in,” wrote Spears in a Tuesday evening Instagram post. “I cried for two weeks and well….I still cry sometimes!!!!”

The documentary has sparked a rolling social media conversation about the singer’s treatment by the media and by other celebrities. It comes amid an ongoing legal case between Spears and her father in which the singer seeks to regain control of her finances.

Justin Timberlake, who famously dated Spears in the late 1990s and early 2000s, responded to the backlash he received after the piece aired with his own lengthy social media post.

Timberlake wrote in part, “I am deeply sorry for the times in my life where my actions contributed to the problem, where I spoke out of turn, or did not speak up for what was right.”

He went on: “I specifically want to apologize to Britney Spears and Janet Jackson both individually, because I care for and respect these women and I know I failed.”

Twitter users praised Craig Ferguson for publicly refusing to shame the troubled Spears back in the day.

There has also been renewed scrutiny of the media’s treatment of Spears. After Framing Britney Spears aired, users began reposting an interview Diane Sawyer did with a 21-year-old Spears and calling on Sawyer to apologize. Part of that interview is featured in the documentary.

Spears does not seem to want the attention, even if it’s sympathetic. “My life has always been very speculated…I’ve always been so judged… insulted… and embarrassed by the media…and I still am till this day!!!” she wrote on Instagram.