Bradley Walsh welcomed four new contestants on The Chase this evening as they battled it out against Chaser Paul Sinha. Before each player begins their cash builder round, the ITV quiz host quizzes them on their job, hobbies and what they’d like to spend potential winnings on. However, Bradley halted the introduction of one contestant when he was taken by surprise by her job confession.

Mike and Darren got the show off to a great start by both making it through to the final.

Lisa was the third player to take on Paul but was introduced by Bradley in the usual fashion first. 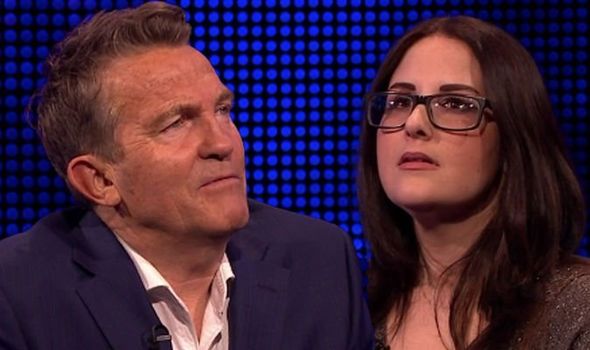 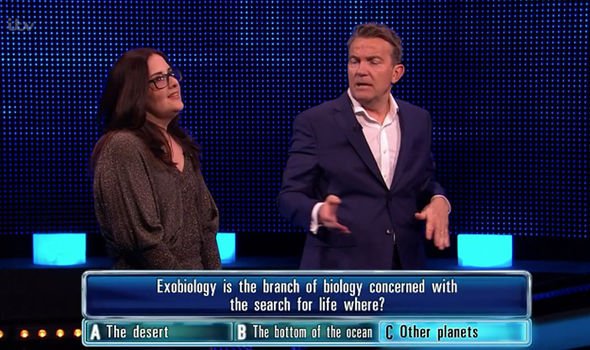 The Skegness resident impressed the host when she referred to her hometown as “Skeg Vegas”.

He replied: “I’ll tell you what I haven’t been to Skeggy in years.”

“And what do you do up there in Skegness?” Bradley asked. 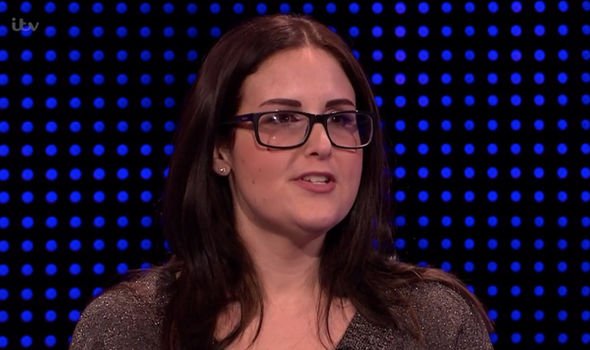 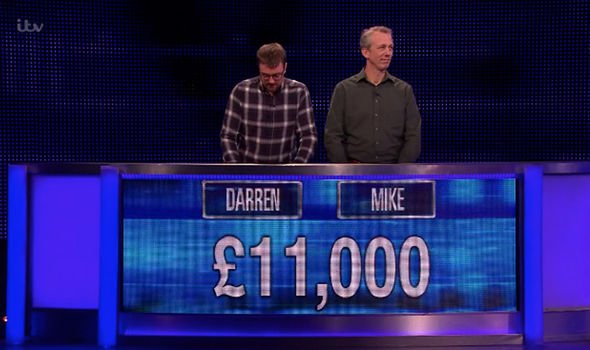 “I actually work for a sexual health company,” she answered but wasn’t able to finish.

The ITV host joked that children watching the show would have stopped eating before asking Lisa to explain her job.

“We develop software for sexual health services which is really important,” Lisa said.

“Is this for the NHS?” Bradley asked before Lisa confirmed it was.

“What do you do in your time off when you’ve got time devoted to yourself?” the host asked.

Bradley complimented her son’s name before she explained: “I’m a big fan of Point Break and he’s a character in Point Break, Patrick Swayze’s character.”

Lisa then revealed she wanted to take her son to Lapland if she won a portion of the jackpot.

Unfortunately, after earning £6,000 in the cash builder round Lisa was caught by the Chaser and Gladys followed suit.

Mike and Darren scored 17 in the final chase but were comfortably beaten by The Sinnerman who was on excellent form.

The Chase airs weekdays on ITV at 5pm.