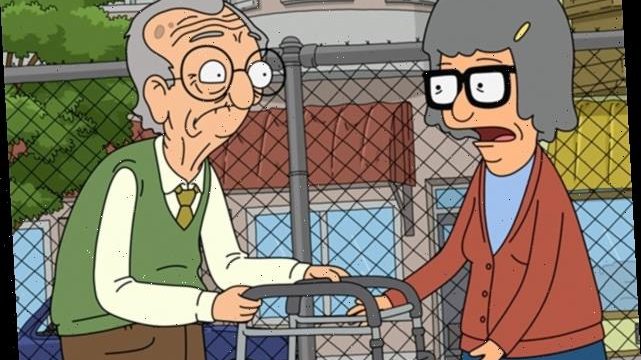 TVLine has an exclusive sneak peek of the episode, appropriately titled “Fast Time Capsules at Wagstaff School,” during which Tina is put in charge of the school’s time capsule project. Possibly because she’s the only person who shows any interest.

In true Tina fashion, the eldest Belcher child goes instantly overboard, complete with a dramatic Hamilton reference. She then daydreams about a future generation unearthing her time capsule 50 years later, but her vision takes a grim turn when an extremely elderly Mr. Frond enters the picture… to say goodbye.

“Tina, choosing you for this was the greatest decision of my life,” he says upon seeing her time capsule. When Tina expresses surprise that Mr. Frond is still alive, he tells her, “I was just waiting for this day.” And then he dies.

Elsewhere in the episode, Bob teases Linda over not being able to whistle. Fun!

Hit PLAY on the video above for an exclusive sneak peek of Sunday’s episode, then drop a comment with your thoughts below. Are you enjoying the new season of Bob’s Burgers?