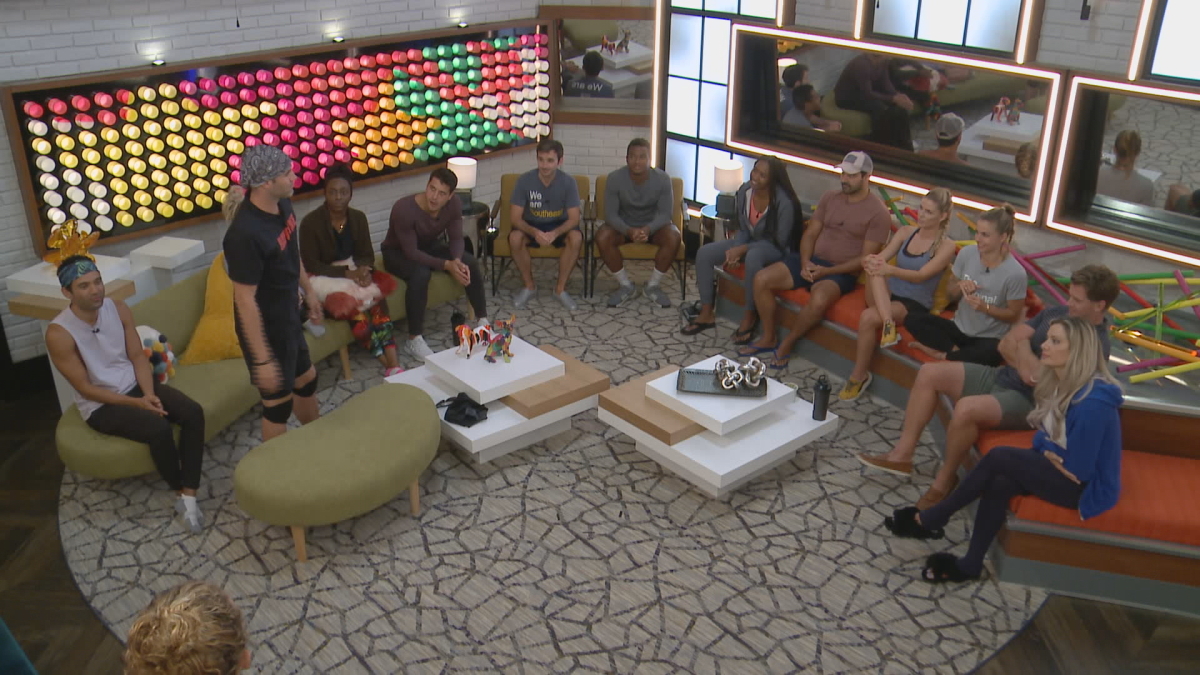 The Big Brother 22 cast definitely has some polarizing personalities roaming the halls this summer. It has led to a bit of drama, but it has also cleared up which people among these 16 Big Brother All-Stars that fans like the most.

Fan site Jokers Updates does a fan poll each day throughout the Big Brother season. They let fans come on and grade the houseguests and it helps create a scale of popularity.

The poll is pretty simple, with a zero being the worst score a houseguest can receive and a score of five points being the best score. Fans are also welcome to choose any of the numbers in between.

Who is the most popular houseguest on Big Brother 22 cast?

Going just from Day 20 of the Big Brother 2020 summer season, the most popular houseguest is Janelle Pierzina.

Janelle has actually been holding on to the top spot since Day 1 and it hasn’t dipped since them.

Following right behind Janelle is Kaysar Ridha, who took over the second spot on the poll on Day 2. Back on Day 1, it was Daniele Donato who held down the No. 2 spot.

Even though she has already been evicted, Keesha Smith is at No. 3 on the poll. She slid up to that spot and took it away from Ian Terry, who now resides at No. 4 in the latest rankings.

As for the least popular houseguest, that is currently Kevin Campbell, who has held that rank for seven of the last 10 days.

In 11th place is David Alexander and he is followed by (in order) Christmas Abbott, Dani Donato, Memphis Garrett, and Nicole Franzel.

A lot of the time, one of the highest-rated houseguests on these polls from Joker’s Updates ends up getting chosen by America as the Favorite Houseguest or Favorite Player.

This season is a bit of an oddity. With Janelle and Kaysar residing outside of the strongest BB22 alliances, it means they could end up getting evicted from the house very soon. Could someone that gets evicted in the first four weeks actually get enough support from America to win that cash prize? Only time will tell.

Big Brother spoilers from inside the house

The Power of Veto was already won by someone and they hosted the Veto Ceremony on Monday. It dictates who the final two nominees for eviction will be this week.

There is also a new power alliance within the BB22 cast that is going to work hard to win this season.